The 10 best design events happening in Toronto this weekend 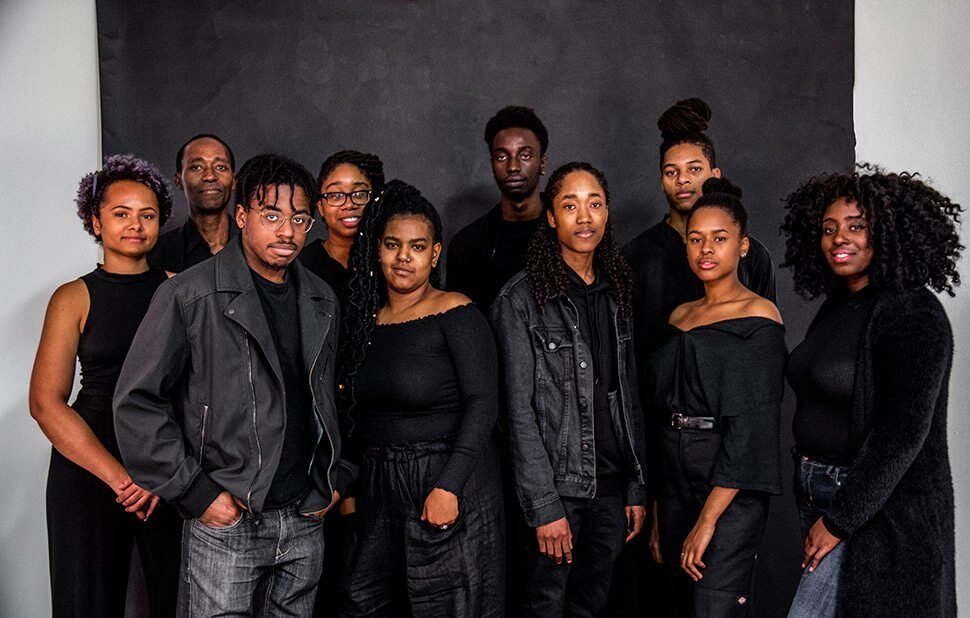 January is a good month to be a designer, design nerd or maker. The Toronto Design Offsite Festival (aka TO DO, January 15-21), which features around 120 exhibits across the city, is at the time as the Interior Design Show (January 18-21) at the Metro Toronto Convention Centre.

Programming at both events covers everything from conceptual architecture, to art installations, social issues and covetable products. Here are 10 exhibitions and events we’re excited about.

Glow-in-the-dark, scratch-and-sniff and cashmere denim are just a few of the materials that have established Montreal’s Naked & Famous as an out-of-the-box fashion brand. A preview of the Spring 2018 collection on January 16 featured raw denim origami creations, prepared on the spot by company founder Brandon Svarc. An installation of these unique origami pieces is on display all week.

Twenty Black-identified designers and makers from OCAD University speculate on what a future Black society could look like if it was devoid of systems of discrimination and oppression in this immersive exhibit. Participants are invited to interact with the installations and create their own crowd-sourced models.

Light Up Other Peoples’ Brains

If you could reach inside another person’s brain and change the way they perceive the world, what would you change? A collection of interactive installations (featuring real-time brains scans) reveal how the brain activity of listeners mirrors that of storytellers and shows participants how to socially encode their own ideas to persuade others.

Explore five creative spaces normally closed to the public. The TO DO Tours series takes participants on a guided walk of five studios – MADE Design, Watson Soule, Janet MacPherson, GUILD eyewear and PARTISANS – to illustrate how the former industrial neighbourhood is transforming into a hub for artists and designers.

The week-long window installation showcases the new line from Oasis Skateboard Factory, an award-winning high school program in which students earn credits by running a skateboard and design business. This series features an Indigenous-inspired line of old school skateboards and street wear made in collaboration with local artists Monique Aura and Chief Ladybird.

Every year since 2004, local and international artists, architects and designers transform the guest rooms and hallways of the Gladstone Hotel with stunning installations for this popular exhibition. For the 15th edition, Vancouver’s Concealed Studio create layered sculptures inspired by insect anatomy and plant cells, local “technologist” Jordan Shaw designs a data-driven chandelier that uses sensors to determine changes in its vicinity, and Toronto artist Sarah Keenlyside is back with an updated version of her knock-out CUTMR 2016 installation, in which she re-created Ferris Bueller’s bedroom in delightfully extreme detail.

Studio North and Prototype feature some of the most exciting up-and-coming designers from Canada and abroad. In this yearly exhibit, 65 designers create one-off collections of furniture, lighting, ceramics and textiles – then a panel of big name judges (who have included Tom Dixon, Patricia Urquiola and Giulio Cappellini in past years) reviews all the work.

This year IDS is honouring George Yabu and Glenn Pushelberg, the principal designers behind the award-winning Toronto-based interior design firm. Over the last 30 years, they’ve designed the new Four Seasons Hotel, the Canada Olympic House for the Rio 2016 games and the Park Hyatt in Bangkok – and been appointed Officers to the Order of Canada. They speak with the Globe and Mail’s Kristina Ljubanovic at 2 pm on Saturday.

In honour of IDS’s 20th anniversary, this exhibition showcases the best in Canadian architecture and design today. Although the 60 designers featured range from established heavyweights to emerging talents, they all share a commitment to function and craftsmanship.

The designers featured in Maker eschew the mass production of so many furniture companies and instead create their work in small batches with limited distribution. This year’s designers, all hailing from North America, include 1925Workbench, an Etobicoke-based husband and wife duo who make stylish custom barn doors, local furniture designers Charuk & Ford and Luxi Studioworks, a Halifax-based studio that makes contemporary statement lighting.