Scorpio: Communicate abundantly and meticulously in 2020

Aries Mar 21 | Apr 19 When comedian John Cleese was 61, his mother died. She was 101. Cleese testifies, “Just towards the end, as she began to run out of energy, she did actually stop trying to tell me what to do most of the time.” I bet you’ll experience a similar phenomenon in 2020 – only bigger and better. Fewer people will try to tell you what to do than at any previous time of your life. As a result, you’ll be freer to be yourself exactly as you want to be. You’ll have unprecedented power to express your uniqueness.

Taurus Apr 20 | May 20 Renowned Taurus philosopher Bertrand Russell was sent to jail in 1918 because of his pacifism and anti-war activism. He liked being there. “I found prison in many ways quite agreeable,” he said. “I had no engagements, no difficult decisions to make, no fear of callers, no interruptions to my work. I read enormously I wrote a book.” The book he produced, Introduction To Mathematical Philosophy, is today regarded as a classic. In 2020, I would love to see you Tauruses cave out an equally luxurious sabbatical without having to go through the inconvenience of being incarcerated. I’m confident you can do this.

Gemini May 21 | Jun 20 It’s common to feel attracted to people because of the way they look and dress and carry themselves. But here’s the problem: If you pursue an actual connection with someone whose appearance you like, there’s no guarantee it will turn out to be interesting and meaningful. That’s because the most important factor in becoming close to someone is not their cute face or body or style, but rather their ability to converse with you in ways you find interesting.  And that’s a relatively rare phenomenon. As philosopher Mortimer Adler observed, “Love without conversation is impossible.” I bring these thoughts to your attention, Gemini, because I believe that in 2020 you could have some of the best conversations you’ve ever had – and as a result experience the richest intimacy.

Cancer Jun 21 | Jul 22 Mystic poet Rumi told us the kind of person he was attracted to. “I want a trouble-maker for a lover,” he wrote. “Blood spiller, blood drinker, a heart of flame, who quarrels with the sky and fights with fate, who burns like fire on the rushing sea.” In response to that testimony, I say, “Boo! Ugh! Yuck!” I say “To hell with being in an intimate relationship with a trouble-maker who fights with fate and quarrels with the sky.” I can’t imagine any bond that would be more unpleasant and serve me worse. What about you, Cancerian? Do you find Rumi’s definition glamorous and romantic? I hope not. If you do, I advise you to consider changing your mind. 2020 will be an excellent time to be precise in articulating the kinds of alliances that are healthy for you. They shouldn’t resemble Rumi’s description. (Rumi translation by Zara Houshmand.)

Leo Jul 23 | Aug 22 The 18th-century comic- novel Tristram Shandy is still being translated, adapted and published today. Its popularity persists. Likewise, the 18th-century novel Moll Flanders, which features a rowdy, eccentric heroine who was unusual for her era, has had modern incarnations in TV, film and radio. Then there’s the 19th-century satirical novel Vanity Fair. It’s considered a classic even now and appears on lists of best-loved books. The authors of these three books had one thing in common: They had to pay to have their books published. No authority in the book business had any faith in them. You may have similar challenges in 2020, Leo – and rise to the occasion with equally good results. Believe in yourself!

Libra Sep 23 | Oct 22 Renowned Greek sculptor Praxiteles created some famous and beloved statues in the fourth century BC. One of his pieces, showing the gods Hermes and Dionysus, was displayed inside the Temple of Hera in Olympia. But a few centuries later an earthquake demolished the Temple and buried the statue. There it remained until 1877, when archaeologists dug it out of the rubble. I foresee a metaphorically equivalent recovery in your life, Libra – especially if you’re willing to excavate an old mess or investigate a debris field or explore a faded ruin.

Scorpio Oct 23 | Nov 21 Over a period of 74 years, the Scorpio philosopher and author Voltaire (1694–1778) wrote so many letters to so many people that they were eventually published in a series of 98 books, plus nine additional volumes of appendixes and indexes. I would love to see you communicate that abundantly and meticulously in 2020, Scorpio. The cosmic rhythms will tend to bring you good fortune if you do.

Sagittarius Nov 22 | Dec 21 Picasso was one of the most influential artists of the 20th century. He was also the richest. At the end of his life, experts estimate his worth was as much as $250 million, equivalent to $1.3 billion today. But in his earlier adulthood, while Picasso was turning himself into a genius and creating his early masterpieces, he lived and worked in a small, seedy, unheated room with no running water and a toilet he shared with 20 people. If there will be ever in your life be a semblance of Picasso’s financial transformation, Sagittarius, I’m guessing it would begin this year.

Capricorn Dec 22 | Jan 19 Let’s get 2020 started with a proper send-off. According to my reading of the astrological omens, the coming months will bring you opportunities to achieve a host of liberations. Among the things from which you could be at least partially emancipated: stale old suffering shrunken expectations people who don’t appreciate you for who you really are and beliefs and theories that don’t serve you any more. (There may be others!) Here’s an inspirational maxim, courtesy of poet Mary Oliver: “Said the river: imagine everything you can imagine, then keep on going.”

Aquarius Jan 20 | Feb 18 In a poem titled “The Mess-iah,” spiritual teacher Jeff Foster counsels us, “Fall in love with the mess of your life… the wild, uncontrollable, unplanned, unexpected moments of existence. Dignify the mess with your loving attention, your gratitude. Because if you love the mess enough, you will become a Mess-iah.” I bring this to your attention, Aquarius, because I suspect you’ll have a better chance to ascend to the role of Mess-iah in the coming weeks and months than you have had in many years.

Pisces Feb 19 | Mar 20 Comedian John Cleese believes that “sometimes we hang onto people or relationships long after they’ve ceased to be of any use to either of you.” That’s why he has chosen to live in such a way that his web of alliances is constantly evolving. “I’m always meeting new people,” he says, “and my list of friends seems to change quite a bit.” According to my analysis of the astrological omens, Pisces, 2020 will be a propitious year for you to experiment with Cleese’s approach. You’ll have the chance to meet a greater number of interesting new people in the coming months than you have in a long time. (And don’t be afraid to phase out connections that have become a drain.)

Homework: Figure out how you might transform yourself in order for the world to give you what you yearn for. FreeWillAstrology.com 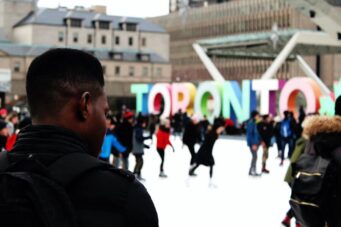 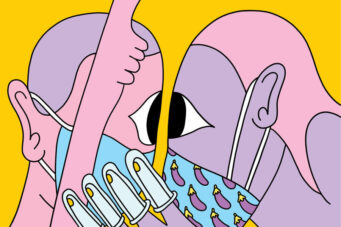