NOW MagazineLifeSavage Love & AstrologySavage Love: Sex is great so why can’t I orgasm with my partner?

Savage Love: Sex is great so why can’t I orgasm with my partner?

Plus: Don't be surprised if your girlfriend reacts negatively to your kink

I am newly divorced and have started a relationship with a man I’ve known and deeply cared about for decades. The sex is amazing – from start to finish, I feel better than I ever did even in the best moments with my ex. And in the most intense moments? He makes me see stars. He is a very generous lover – he turns me on like crazy and I regularly come while sexting with him. But I have yet to have an orgasm with him. In the past, I have had an orgasm with a partner only from oral or very occasionally from digital clit stim. My ex-husband was not skilled at oral, so I always had to fantasize pretty hard to get there (and regularly chose not to bother). My new partner has amazing moves and amazing oral skills. And he is willing to keep at it for as long as it takes. But regardless of how amazing I feel when he’s going down on me, every single time I eventually hit a wall where I am just done. I haven’t had a single session with him where I’m left feeling unfulfilled, despite the lack of orgasm. In contrast, any sex with my ex that didn’t end in an orgasm left me feeling frustrated or, worse yet, bored. (There were also times when I’d ask my ex to leave the room so I could masturbate after sex.) Do you have any ideas as to why I can’t get over that hump? I wonder if I just need him to be more boring and repetitive so that I can focus. But if that’s the case, is it even worth it? Why would I want to make the sex worse to make it “better”? Or should I just be satisfied with the mind-blowing sex I am having, even if it means I don’t have an orgasm? Is it okay to give myself permission to give up on partner-based climaxing?

No Orgasm Possibly Ever

Beware of those self-fulfilling prophecies! If you sit there – or lie there – telling yourself that being with Mr. AmazingMoves means giving up on “partner-based climaxing,” NOPE, you’re increasing the odds that you’ll never have an orgasm with this guy or any other guy ever again.

Here’s what I think the problem is: you had tons of shitty sex with your ex, but you could climax so long as you focused, i.e., so long as you were able to “fantasize pretty hard.” Your ex provided you with some half-assed oral and/or uninspiring digital clit stim that didn’t interfere with your ability to focus/fantasize. In other words, NOPE, with your ex you were able to – you had no other choice but to – retreat into your own head and rely on your own erotic imagination to get you there. You may have been physically present during sex, but you were not emotionally or erotically present.

Because Mr. AmazingMoves’ moves are so amazing – because he turns you on like crazy, because whatever he’s doing feels great, because sometimes you see stars – you aren’t able to retreat into your own head. For years, you had to figuratively leave the room so you could focus/concentrate on whatever it was you needed to focus/concentrate on in order to come sometimes you even asked your ex to lit-erally leave the room. You created a powerful association between going to a private, safe, sexy place – pulling away from your partner emotionally, erotically and sometimes even physically – and climaxing.

You aren’t able to pull away from your current partner in the same way. Nor do you want to. And, hey, wanna know why you come when you sext with him? Because sexting is assisted fantasizing. You’re alone when you’re swapping those dirty messages with Mr. AmazingMoves, NOPE, kind of like you were alone when you were having sex with your ex.

It’s going to take some time to carve a new groove, i.e., you’re going to have to create a new association, one that allows you to be fully present (emotionally, erotically, physically) during partner-based sex and able to climax during it. The trick is not to rush it and, again, not to box yourself into negative self-fulfilling prophecies like the one you ended your letter with. So instead of telling yourself you’re never going to come again during partnered sex, tell yourself that your orgasms will come again. It may take some time, sure, but trust that your body and your brain are already hard at work carving that new groove.

One practical suggestion: the next time you have sex with Mr. AmazingMoves – the next 10 times you have sex with him – tell him in advance that you’re going to ask him to stop eating you out long before you hit that wall. Then stimulate yourself, either digitally or with a vibrator, while he holds you. If you need to lean back and close your eyes, lean back and close your eyes – but do not retreat into your own head. Maintain physical contact and ask him to say dirty/sexy things to you while you get yourself the rest of the way there, so you’re always aware of his presence. A couple of dozen self-administered orgasms with both of you in the room – in the room emotionally, erotically and physically – will speed that new-groove-carving process along.

Help A Guy Out?

I’m a 24-year-old woman, and three weeks ago I got out of a long-term relationship with a guy in his mid-30s. Over the last few months of the relationship, I started falling for someone else and began dating the new guy pretty mu-ch immediately after the breakup.When should I tell my old boyfriend? We agreed to stay friends, and we still talk and see each other at least oncea week. I want him to hear it from me, but I’m not sure how much time is appropriate/respectful.

Don’t Wanna Be An Asshole

Meeting up too soon after a breakup has a way of keeping emotional wounds open and fresh, DWBAA, particularly for the person who was dumped (I’m assuming you did the dumping here). And once-a-week meetings definitely qualifies as too much, too soon. That said, if you think your ex-boyfriend is likely to hear about your new boyfriend from mutual friends, telling him yourself (and soon) is obviously the right (and difficult) thing to do. But if your ex is going to find out about your new boyfriend from, say, your Instagram account, encouraging him to unfollow you and letting some time pass – enough so you can fudge the start date of your new relationship – would be the right (and ego-sparing) thing to do.

On the Lovecast: Dan can’t do it alone this week! Hola, Papi! savagelovecast.com. 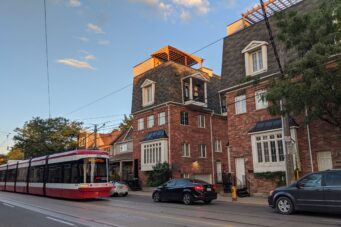 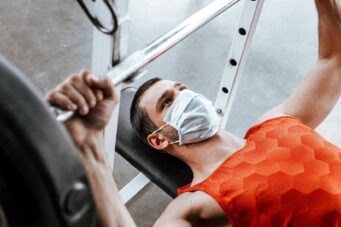