The Women In The World Summit had equal amounts inspiration, confusion and political opportunism 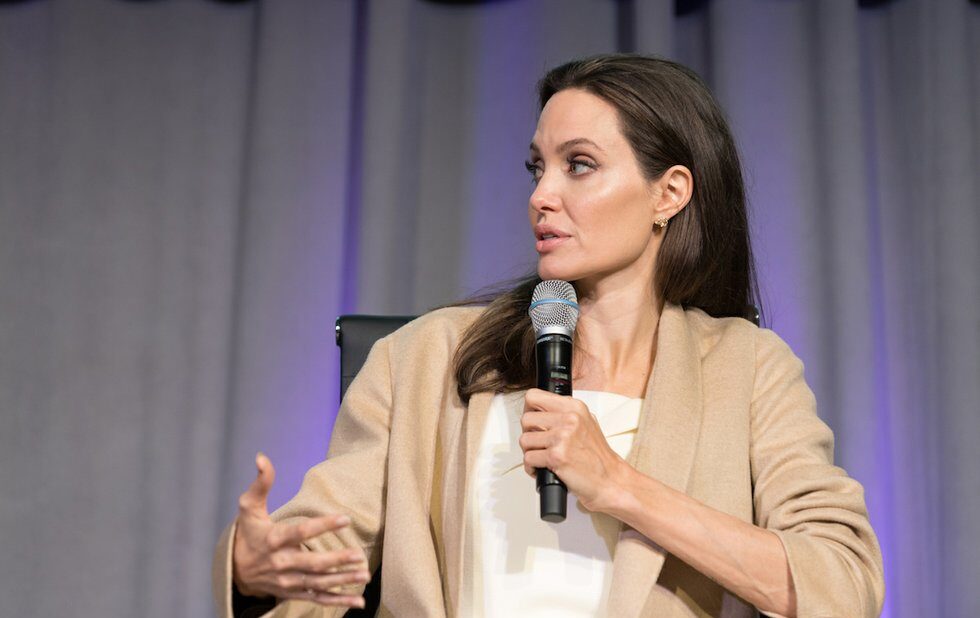 Women In The World

It’s hard to tell exactly what journalist/editor Tina Brown’s agenda is with her Women In The World Summit. She certainly wasn’t specific about the point of the conference when she introduced the proceedings in Baillie Court at the Art Gallery of Ontario on Monday, September 11.

The closed, invite-only Summit sent out support material that pointed to the importance of role models. Most of the women I talked to at the event were looking for inspiration. There were some of both there, for sure, as activists, creators and leaders were interviewed onstage, many by Brown herself, who founded the Summit in 2009.

But there was also some confusion among the presenters as to how women can bring about social change.

And in the case of our Prime Minister, there was opportunism galore.

The most powerful presentation came from an interview with Israel’s Robi Damelin and Palestine’s Bushra Awad, members of The Parents Circle, made up of Israelis and Palestinians who have lost children in the Middle East conflict. Their sons were killed by opposing forces, but they’ve found common ground in their grief and determination to find peace. “We cry the same colour tears,” said Awad.

On the eve of the Toronto International Film Festival screening of her film, First They Killed My Father, director/actor Angelina Jolie took the stage with memoirist and co-screenwriter Loung Ung to talk about her commitment to telling stories about female resilience.

It’s easy to be cynical about celebrity do-gooders, especially when one of them has a movie to promote, but give Jolie some credit. She isn’t using her fame simply for financial gain, and you’ll note that none of the films she’s directed has been exactly fluffy.

Her latest is based on Ung’s devastating memoir about living as a child under the brutal Khmer Rouge from 1975 to 1979. Ung, almost as charismatic as Jolie, recalled walking through minefields and being thrust out of the house by her mother, who was trying to save her child’s life.

It was fascinating to see Jolie’s celebrity begin to pale against Ung’s passion.

Canada’s Foreign Affairs minister Chrystia Freeland and historian Margaret McMillan had more to say about the world order than how women function within it. Not necessarily a problem – there’s nothing wrong with showcasing smart women knowledgeable in their field. But they both contradicted themselves about the value of female leaders.

Freeland said she wasn’t an “essentialist feminist” who believes women are any more peace-loving than men, citing the toughness of Indira Gandhi and Golda Meir.

McMillan agreed but later allowed that women have more empathy. Which is it? In the Liberal spirit of trying to have it all ways, Freeland then went on to talk about how cabinet meetings had changed since there was gender equality: women know how to listen. Okay, so isn’t that a good start toward bringing peace into the world? 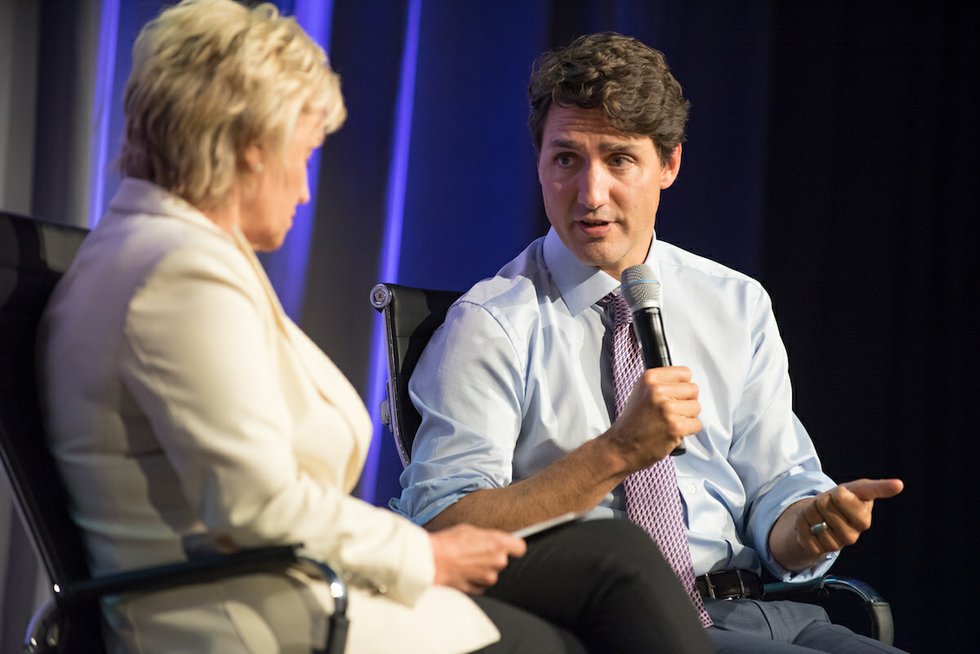 Women In The World

You could tell that the Women In The World Summit was going to be a love fest for the Prime Minister as soon as Brown opened the proceedings. She was just so glad to be in Canada to present role models bent on empowering women, calling Canada and our feminist Prime Minister welcome foils for the “toxic testosterone” of Kim, Putin and Trump.

Trudeau took advantage of his opportunity to the point of being opportunistic, talking less about women than he did about himself and his regime.

Before he answered Brown’s first question, he expressed his support for the victims of Hurricane Irma, claiming his government was doing all it could to assist Canadians stranded in the wake of the storms. Interesting, given that the morning’s news feeds were filled with complaints from travellers that the government wasn’t doing anything. Trudeau would have done better to acknowledge the reports and explain what was hampering government efforts.

One of Brown’s harder questions addressed the government’s stalled inquiry into the murder of Indigenous women. “What’s the problem?” she asked. Trudeau tap-danced around the query deftly, saying nothing more than the equivalent of “It’s difficult, we’re committed.”

When it came to NAFTA, he made a point of saying Canada’s negotiating teams’ efforts to put gender issues on the table were being undermined by the Conservative opposition, who thought such issues were irrelevant. “They just don’t get it,” he said.

Where he did score points was when he was honest about his father Pierre’s old-school sexism, how his dad wasn’t exactly present at home and how he was hoping to do things differently.

He didn’t make his exit offstage but, rather, headed into the audience to the main elevator, leaving Brown to comment fawningly, “How many heads of state leave a stage through the audience?”

The guy definitely knows how to work a room.