As a French girl from Provence, Bea Johnson used to live the as-seen-on-TV American Dream: two kids, a three-car garage,. 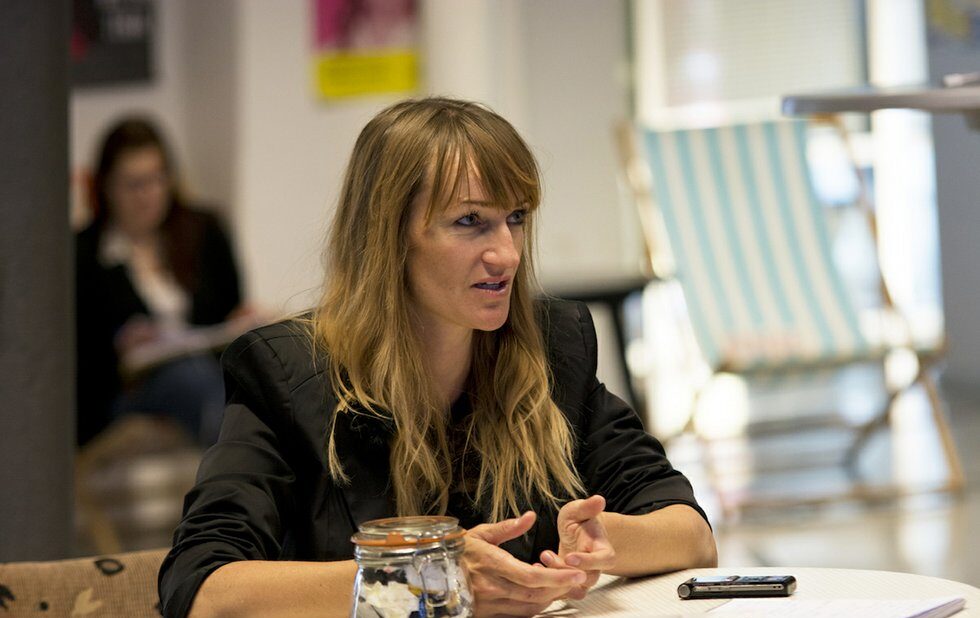 As a French girl from Provence, Bea Johnson used to live the as-seen-on-TV American Dream: two kids, a three-car garage, a 3,000-square-foot suburban California home, with the all-American 240-litre trash can that had to be dragged the curb every week.

Then the ennui of living a car-bound bedroom-community existence crept in. She and her family packed up and relocated to a small rental apartment for a year while hunting for a home in a more walkable hood. Thats when Johnson had the epiphany that would transform her into, as the New York Times put it, the priestess of waste-free living.

We had put 80 per cent of our belongings in storage for an entire year and we hadnt even missed them, she tells NOW. So we let them go.

Letting go of anything they didnt need, love or use snowballed into saying no to plastic bags, paper towels and pretty much anything that couldnt be purchased in bulk and spooned into mason jars or cloth sacks. Soon Johnson was experimenting with making everything from scratch, from bread to toilet paper and makeup.

Now Johnson and her family can famously fit a years worth of trash into a single mason jar and her blog and best-selling book, Zero Waste Home (translated into 17 languages), have spawned a growing army of zero-waste bloggers doing the same.

This week, shes in town to talk to Torontonians interested in following in her eco-friendly footsteps.

At a time when the planet is choking on carbon emissions and plastic debris, getting a grip on what we trash or dont trash can be a tangible, feel-good way of making a dent in things.

As anti-plastic and food waste campaigns gain momentum, more local businesses are getting in on the action.

Bars like Dakota Tavern and the Gift Shop cocktail bar are passing on plastic straws. Chefs like Soup Bars Jagger Gordon and Maizals Ivan Wadgymar are saving food from landfill.

Sure, Toronto doesnt yet have a zero-waste grocer (Montreal has four), but the city is hopping with sharing depots, repair cafes, bulk stores and tool libraries that make zero-waste lifestyles possible. Plus all these trash-curbing enterprises lend some traction to the Waste-Free Ontario Act that the province has yet to flesh out.

Activist orgs like Toronto Environmental Alliance (TEA) have been pushing governments to commit to zero-waste targets for decades to get them off landfills and away from incinerators. (Toronto finally committed to zero waste as an aspirational goal last year.)

But what Johnson, who is credited with founding the zero-waste lifestyle movement, has done is make zero waste personal and sexy.

Part of her allure 100K+ Instagram and Facebook followers strong is that she and her family arent, as she says, hairy hippies. Their 1,475-square-foot home is a design minimalists dream and her entire wardrobe 15 pieces of apparel in total includes stilettos, a black infinity dress she wears 22 ways and a motorcycle jacket that looks good with pretty much anything, including an oh-so-French mens blouse that doubles as a dress. All purchased second-hand, naturally.

I want people to understand that zero waste is the complete opposite of what they might think, she explains. Its not going to take more time or cost more.

Johnson insists her family cut spending by 40 per cent and have more time for what matters most time that isnt taken up by shopping for stuff they dont need.

Ultimately, what you have to gain from this is an improved standard of living. Its a life based on experiences instead of things, being instead of having, she says.

Hence why she stopped making butter (and ice cream) from scratch.

There was no way I could make butter with a family of four with full- time jobs for the rest of our lives. I very quickly let it go because I realized it was not sustainable in the long run.

The DIY toilet paper (including foraged moss) didnt last long either, and not all her followers are happy about it.

People are disappointed when they find out that we eat meat, we use toilet paper and we get on a plane to visit my family or to spread the zero-waste lifestyle, she admits.

But Johnson says a lot of todays zero-waste bloggers are scaring the crap out of people who have full-time jobs. Making your own toothpaste with nine packaged ingredients, she says, misses the point.

To brush our teeth, we just buy baking soda in bulk and sprinkle it on a wooden toothbrush, she says. There is no recipe. For us zero waste is adopting things that are simple first and foremost.

She calls it voluntary simplicity.

TEA waste campaigner Emily Alfred believes the rise of the zero-waste lifestyle movement is a sign more people are challenging mindless consumerism and stepping back to question a system that condones wastefulness.

As people start evaluating the waste around them, it starts discussions and raises questions like, Why isnt this package recyclable and why was I given a disposable cup when Im staying in the cafe anyway? she says.

Those questions start to spark broader societal changes, especially when we push politicians and companies to act.

Toronto Tool Librarys Ryan Dyment, whos co-sponsoring Johnsons visit, says that while zero-waste businesses are a minority in Toronto, hes never seen people talk about zero waste as much as they are today.

Well see who really capitalizes on it, but I think there are opportunities for all kinds of businesses, he says.

Johnson agrees. Im not here to tell anyone how to live their lives or lead their businesses. Im only here to show whats possible.