The best haunted houses and Halloween tours in Toronto

Halloween is happening all month thanks to these history walks, horror parks and scary mazes 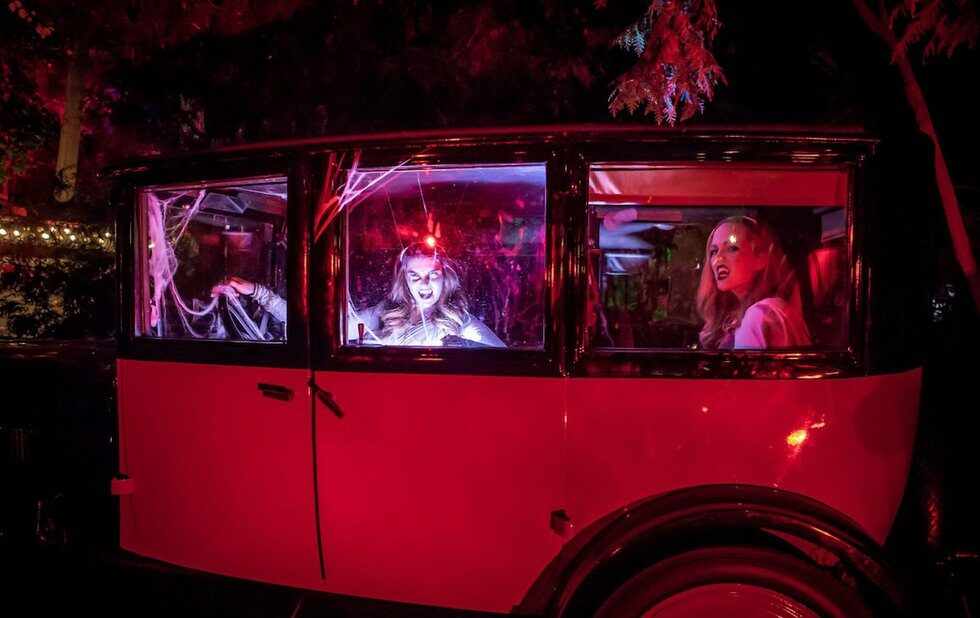 Throughout October at Casa Loma, you’ll find grisly werewolves, skeletal mummies, a gnarly fanged vampire and an earthy nymph-like creature we imagine looks much scarier in real life. These are just some of the characters spooking visitors during the two-kilometre self-guided tour through Casa Loma’s gardens, castle tunnels and hidden spaces not usually open to the public.

As if nearly a whole summer without access to the Toronto Islands beaches wasn’t terrifying enough, a new boat tour will explore the island’s haunted, murderous past. The evening ride across the lake is narrated by long-time island resident Jimmy Jones, who will tell stories of sunken ships, diving horses and Hurricane Hazel. The trip climaxes with a tour of Gibraltar Point Lighthouse, where its first keeper, John Paul Radelmüller, was mysteriously murdered in 1812.

This Halloween, plus every Friday, Saturday and Sunday throughout October, Canada’s Wonderland morphs into “a scream park,” complete with 20 bone-chilling haunted attractions and over 700 monsters. While Canada’s Wonderland doesn’t explicitly state kids are not allowed (just that it’s not recommended for children under 13), it’s under your own discretion if you want to afflict that kind of nightmare on your pre-teens and shell out on requisite therapy sessions afterwards.

If Screemers’ website is any indication of what its annual scream park will be like this year, be prepared to get freaked. The homepage features an image of the Toronto cityscape engulfed in flames, a pig-masked menace holding bloody meat hooks and a sinister rendition of Happy Birthday on auto-play. For its 25th anniversary, Screemers created a brand-new Zombie Prizon and will continue offering its tried-and-true skull castle, pitch-black labyrinth and corpse-filled haunted house.

This night-time tour of creaky 19th-century museum Colborne Lodge is mostly booked up, but there are still tickets available on a couple dates – for both adult and family-friendly versions. If you’re a fan of movies about people that enter a clearly creepy house, this is essentially your chance to do the same. Expect ghost stories, tales of Victorian funeral traditions and a seance by Doc Wuthergloom of Eldritch Theatre.

This suburban scare maze aims to give Wonderland’s Halloween Haunt a run for its money, with theatrical lighting, sets, props and sound, VFX gore and live actors. It also has a “French Revolution/demon theme,” according to its website. The maze is all ages, but there is also a daytime walkthrough sans effects and actors for parents with young children.

The Original Haunted Walk of Toronto with Mackenzie House Experience

There are several Haunted Walk tours of various Toronto neighbourhoods offered year-round, but this storytelling-focused trek only runs seasonally. It starts at the (apparently haunted) Hockey Hall of Fame on Front and takes participants on a creepy tour of the downtown core that includes a stop at the former home of Toronto’s first mayor, William Lyon Mackenzie.

The grammatically questionable maze/haunted house combo is once again setting up in an Etobicoke go-kart track for the month of October. The emphasis is on “complete darkness” and extreme horror. We haven’t been, but the promo shots look very lo-fi Blair Witchy.

Halloween This week in NOW