The best New Years Eve 2018 parties and events in Toronto

December is moving quickly and small talk will soon shift from whether youve done all your Christmas shopping to what. 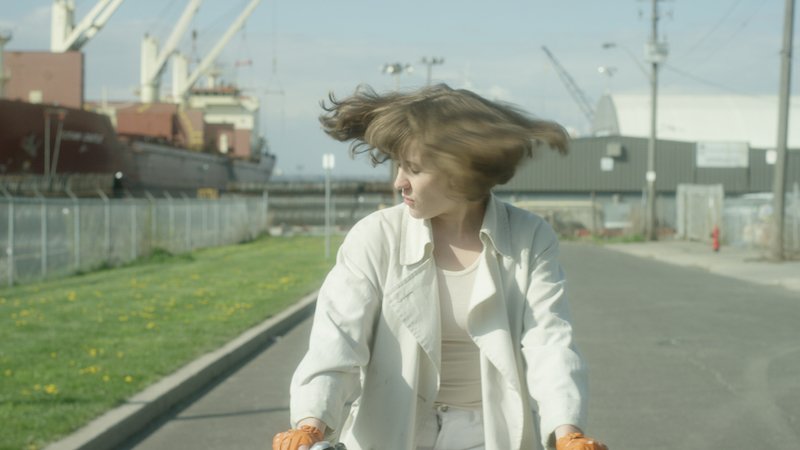 December is moving quickly and small talk will soon shift from whether youve done all your Christmas shopping to what youre doing on New Years Eve.

Toronto has plenty of options to ring in 2018, and weve selected a range of events for a variety of interests. Whether you want the ball to drop while youre laughing it up at a stand-up show, letting it all hang out at a clothing-optional burlesque party or watching fireworks at a family-friendly event, weve got your December 31st celebrations covered.

Celebrate 2018 with a comedy show, party at the aquarium or watch a classic film.

The Big Lebowski at Hot Docs

The Dude, Walter, Donny and the gang are back for another screening of cult classic The Big Lebowski at the Hot Docs Ted Rogers Cinema (506 Bloor West). Now in its sixth year, the event includes a White Russian express bar and big screen countdown at midnight. As in previous years, sunglasses and bathrobes are highly recommended. Tickets are $22 (or $9 to $17 for members) and include one drink, popcorn and party favours. See listing for details.

Ripleys Aquarium (288 Bremner) is hosting its first ever New Years Eve party with hors doeuvres by Daniel et Daniel, music by DJ Shamz and full bars located throughout the galleries. Tickets are $90 for the 19+ event and include one drink ticket, coat check and a photo at the Ripleys Photo Port. Annual Pass holders receive a 10% discount. See website of details.

The neighbourly sentiment of Auld Lang Syne will be thrown out the window at this battle-style comedy show at the CAA Theatre (651 Yonge). Stand-up comics will roast each others country of origin, city, school or neighborhood. The heated line-up of battles include East Toronto vs. West Toronto, Mississauga vs. Oshawa, China vs. Iran and York vs. University of Toronto. Tickets are $50. See listing for details.

Ring in the new year to the tunes of your favourite band.

This night of pop punk/indie rock mayhem at the Bovine Sex Club (542 Queen W) features local bands Pkew Pkew Pkew, The Filthy Radicals, Backthrow and Sweet & Lowdown. Tickets are $10 in advance and $12 at the door. See listing for details.

Head to the Garrison (1197 Dundas W) and sweat the night away to over a centurys worth of dance tracks. Goin Steady DJs play tunes from 1890 to 2016 in chronological order. Tickets are $30. See listing for details.

The cover-band supergroup is moving its annual NYE ball to its largest stage yet. Mirrors will transform the Enercare Centre (100 Princes’ Blvd) into a reflective palace filled with interactive art exhibits, culinary treats, photo opps and three sets of Dwayne Gretzkys genre and decade-spanning covers. Tickets are $75 to $89. See listing for details.

Join 28-piece band The Big Sound for its fourth annual homage to all things Motown at the Mod Club (722 College W). DJ Wes Allen spins classic soul songs while the orchestras multiple sets will serve up Marvin Gaye, Aretha Franklin, Steve Wonder, Gladys Night and more. Tickets are $35 in advance and $45 at the door. See listing for details.

Sing-a-long to folk songs of the early 60s at the Free Times Cafe (320 College). A four-piece ensemble takes audiences through the music of Pete Seeger, Bob Dylan, Gordon Lightfoot and more. Stories, historical tidbits and song sheets will be provided. The buffet option includes champagne at midnight and party favours. Tickets are $25 to $65. Advance reservations required. See listing for details.

The Sadies at The Horseshoe Tavern

The Horseshoe Tavern (370 Queen W) has been celebrating its 70th birthday with a star-studded concert series all winter. The Sadies play their annual NYE gig as part of the line-up. Tickets are $29.50. See listing for details.

From a ’90s throwback jam to a reimagining of Studio 54, transport yourself in time.

The dress code for this NYE burlesque show at Cherry Colas (200 Bathurst) is black clothes or no clothes at all. Toast to 2018 with go-go dancing, bar top ladies, DJ sets and performances by Ava Noir, Miss. dd Starr, Dolly Berlin, Laura Desiree, Rosie Mae and Svetlana Konswallow. Tickets are $30. See listing for details.

House Party at the Drake

For those of you who lean toward a stay-at-home vibe, The Drake Hotel (1150 Queen W) is promising all the comforts of your living room at its New Years Eve house party. Toast to 2018 out of red cups, chill to acoustic vibes from Kayo and dance to tunes from Boosie Fade. Kick off the night with a four or five-course prix-fixe in the Lounge or Sky Yard. Tickets are $45 for just the party ($25 after midnight) or $75 to $125 for party and prix-fixe dinner. See listing for details.

Why limit yourself to one nightclub when you can party at four? A VIP wristband gets you free entry, front-of-line access and shuttle service to Same Nightclub (510 King W), Spice Route (499 King W), Bloke (401 King W) and Buonanotte (19 Mercer). Tickets are $30. See listing for details.

Think all things Tiffani Amber Thiessen and come dressed in your best 90s fashions for this costume party at Murphys Law (1702 Queen E). A playlist of throwback hits will keep you feeling nostalgic on the dancefloor. Best costume receives $100. Net proceeds will be donated to the Baycrest Foundation in support of Alzheimer’s. Tickets are $40. See listing for details.

Experience the extravagance and excess of Studio 54 as the Gladstone Hotel transforms its historic space into the infamous disco-era nightclub. There will be performances by The Girls Club, Crystal Queher and Leelando Calrissian and music from Tush, Rebel Hop, Myst Milano and Branko Scekic. Tickets are $65 (party and complimentary midnight toast) to $125 (party and prix fixe dinner with wine pairings from executive chefs Suzanne Barr and Rudy Boquila). See listing for details.

Brave the cold and take your new years celebrations outdoors.

Ring in the new year while crossing off your workout resolution all in one shot. Now in its seventh year, this 5K run is becoming tradition in Liberty Village Park (71 E Liberty). After the race, celebrate 2018 with a party featuring food and fireworks. Participants receive a swag bag, finishers medal and one complimentary beer and champagne each. Non-runners are also welcome to the party. Tickets start at $75 for the run and party, and $20 for just the party. See listing for details.

Still cant decide on where to ring in the new year? Check out NOW’s comprehensive New Years Eve listings.