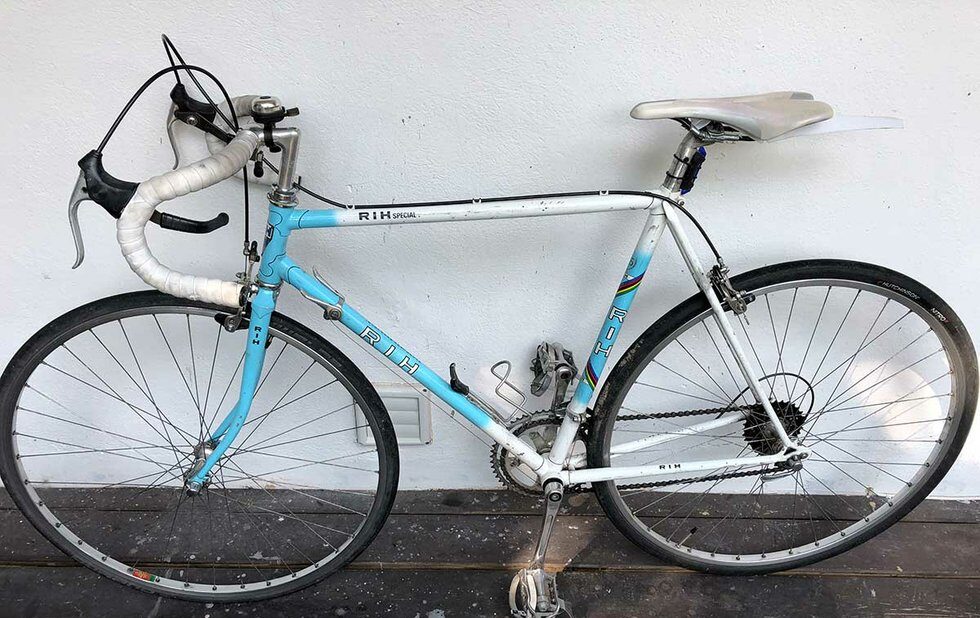 I’ll probably never get a tattoo, but my vintage 80s Dutch road racing bicycle (named “Dutchie”) has one. I got Dutchie’s frame inked by London’s Metropolitan Police back in 2012 when I was living in the UK. The unique tattoo number is among over 750,000 entered into BikeRegister, the UK’s national database used by police, retailers and bike owners to register bikes. The aim of the registry is to deter theft in the first place (bikes that are tattooed are given a BikeRegister “warning label” to affix to the frame) and, worst case, make it easier to return them to their rightful owner in the event they are stolen.

While I thankfully didn’t have to use BikeRegister to recover my bike, I was able to reunite a bike with its owner when he locked his to mine. I was leaving work one night to meet up with my cycling group for a ride when I noticed someone had locked their bike to mine (a common tactic thieves use in the hopes that you’ll leave your bike overnight so they have ample time to steal your bike).

At first, I called the local police station and fire brigade, both of which said they couldn’t help and told me to get a locksmith to cut off the offender’s lock (a hefty chain nonetheless). With the go-ahead from authorities to effectively steal a bike (leaving a kindly-worded note on the bike rack to explain the situation, of course), I called around and eventually found a locksmith with an angle grinder to cut off the lock. I stored the bike in my office and made it to my group ride in time. The next day, I contacted the bike’s owner using BikeRegister, and he came later that week to pick it up.

While my story is more of a reunion than recovery, an even more worrying problem than bike theft itself in Toronto and London is the recovery rate. Additionally, in Toronto, there’s little recourse for cyclists to do something when they’ve been a victim of this type of crime. Just over one per cent of stolen bicycles in 2016 were recovered, according to data obtained from police by CBC Toronto. So how can cops do a better job of reuniting stolen bikes with their rightful owners? While a bicycle registry system with the Toronto police exists, it’s not well promoted or, judging by the numbers, effective at matching up recovered bicycles with their owners.

I recently told fellow cyclists in my Toronto bike group about the bicycle registration system in the UK, asking them how it compared to Toronto. They said Toronto is in desperate need of a system like BikeRegister because it puts power in the bicycle owner’s hands by allowing them to report it stolen on the national database rather than relying on the police to do all the work.

Given that police forces in urban centres are already overstretched, giving people more power to do something about bike theft is proving successful in tackling cycle crime. Out of the more than 750,000 bikes registered on bikeregister.com (as of May 1st, 2018), 800 searches are made on the database every day with a bike being recovered to its owners on a daily basis on average. 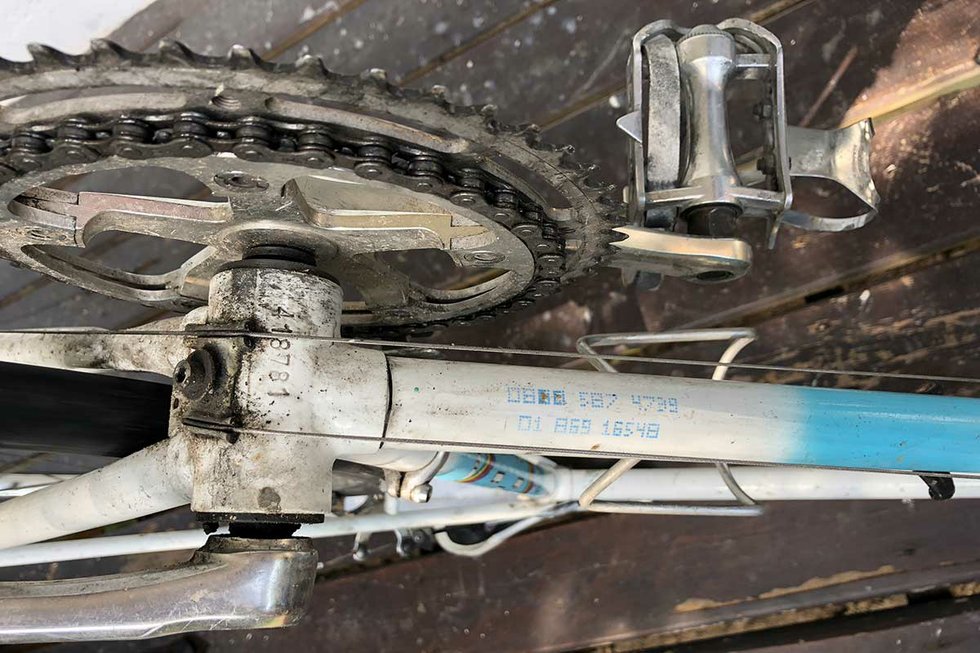 A closer look at the tattoo inked onto the author’s bike.

One of the main differences between the Toronto Police Bike Registry system and BikeRegister is that the national database serves all 43 local police forces throughout the UK and is London’s official cycle database. Bike tattooing is also offered in high-traffic cycle routes to get bikes marked and registered in the database. This is a free service and cyclists can choose to upgrade (for a fee) to mark all of the bike’s components with hundreds of uniquely coded microdots, as well as permanent, colourless UV etch and a high security TESA label to visibly mark the frame.

All frame numbers are unique, so the advantage of choosing the security kits gives the person’s bike its own registration number. The tattoo is a standard plastic marking compound that can be applied to any bike with a painted or lacquered finish. However, if the bike frame is uncoated carbon fibre, uncoated aluminium or uncoated titanium, BikeRegister recommends using its Membership Plus Kit.

Comparatively, the bike registry system offered by the Toronto police uses the bike’s serial number that manufacturers mark most bicycles with or, in the event that doesn’t exist, asks bike owners to etch a memorable number into their bike’s frame (the horror of damaging a good paint job!) and any other components they wish (believe it or not, thieves steal anything: seats, one wheel, you name it…). To date, not one person that I’ve spoken to in my bike group or in my circle or friends and colleagues has had their stolen bike returned to them because of this registry.

However, until Toronto gets a system like London’s, it’s better to register your bike than not at all. While a one per cent recovery rate isn’t very encouraging, without it registered, your chances of recovery are a big, fat zilch.

Other than registering their bikes, Toronto Police urge cyclists to protect their bicycle by using a good quality lock such as a U-lock design or hardened steel chain with a padlock (there’s no point of cheaping out on a lock for an expensive bike) and locking both wheels to an immovable object that can’t be easily cut or broken.

Personally I use two locks because the chances of a thief having two different tools to break apart two different locks are pretty slim. Plus, that tattoo makes Dutchie look pretty badass, so they wouldn’t want to mess with that.