Ontario's electronic health agency can rebound by changing its mandate 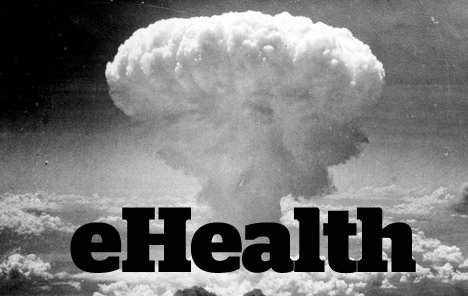 eHealth Ontario is a beleaguered and scandal-plagued provincial health agency, bleeding public support and losing ground in the battle to digitize patient health records. So what should it do?

Playing it safe is most definitely the option it will take, especially considering its rocky road thus far. This is the position I take in my Web Jam column this week – just put the all the medical records in a giant database, and insert all the other attributes (diabetes etc) after the bulk of the work is done. That is to say, just get the thing done. And fast.

But there’s a better way eHealth can make up for its past transgressions: innovate. Not just in a, “hey, here’s some new functionality” way, but in a radical, head-turning way. eHealth essentially needs to blow itself up.

Start by ending patient confidentiality rules. Create a site where patients can download their health history instantly, and give them the option of sharing it with others.

Alberta’s Netcare, that province’s version of eHealth, has been an overall success since its start in 2003. It of course had its problems, including cost overruns, but for the most part works just fine.

Except earlier this year, when 10,000-plus medical records in the Edmonton area were jeopardized by a Trojan horse virus. Alberta’s auditor general slammed Netcare for its ‘Net careless.

But why? Why should health records be sealed by confidentiality?

This has been a persistent challenge to public health. Secretive policies on patient records are roadblocks to better health care. It’s common sense: the more information that’s out in the open, the more likely we are to make sense of it.

This is an argument that’s been kicking around for a while, most recently appearing in this month’s issue of Wired.

Jamie Heywood, the architect of PatientsLikeMe, a sort of social networking site for patients, is the movement’s most visible advocate. He’s a proponent of sharing information, but he also goes a step further. He thinks a society’s overall health would benefit from disease, sickness and drug intake being a matter of public record.

The whole things summed up on Health Data Rights site. Which demands:

In reality, there’s absolutely no chance eHealth would consider such a progressive policy. But if Ontario wanted to leapfrog from follower to leader, from last to first, its electronic health policy would take this growing movement into account.