Before you toss that old sweater, Ikea coffee table, worn-once-for-a-wedding high heels and other unwanted stuff crowding your house, you. 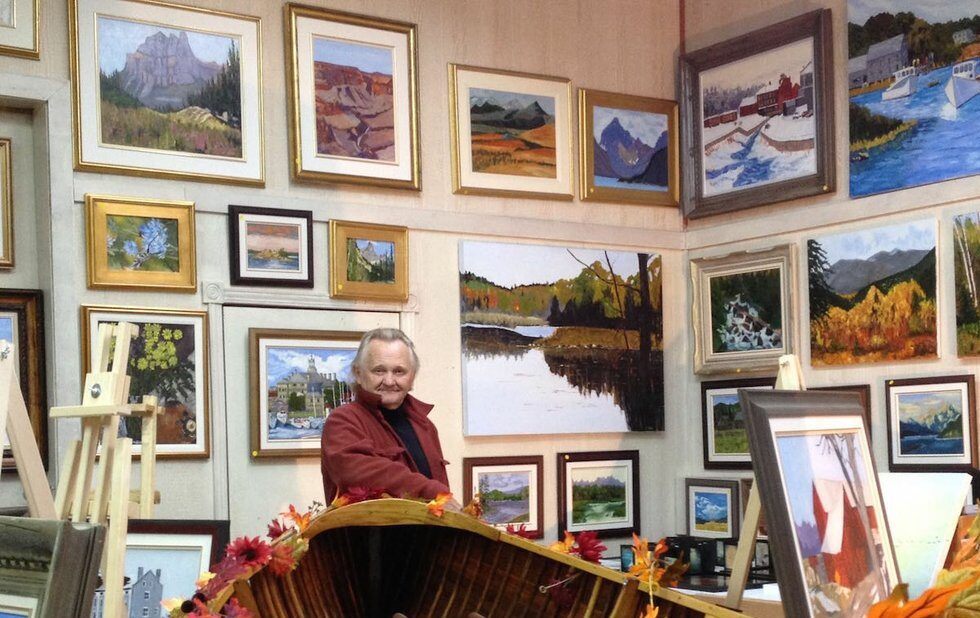 The late Canadian oil painter J.F. Albert with a selection of his work. He produced more than 1

Before you toss that old sweater, Ikea coffee table, worn-once-for-a-wedding high heels and other unwanted stuff crowding your house, you could use them to purchase original artwork by Canadian artists.

Bunz has partnered up with The Freedom Factory gallery (22 Dovercourt) for an art show where you can buy original paintings by Canadian artist J.F. Albert using the Bunz cryptocurrency, BTZ.

Launching during the Lisgar Park Art Crawl on November 8, the exhibition will feature 40 original works by Albert, who is known for his oil paintings of North American landscapes and wildlife. Born in Croatia and later immigrating to Canada after WWII, Albert died last year. The paintings will sell for between 60,000 and 400,000 BTZ, which equals to around $600 to $4,000.

My father believed everyone should have art in their homes, says Shanna Albert, the artists daughter. A gallery offering the ability to pay for art of this calibre with a cryptocurrency is so highly disruptive. Hed love it.

After the art crawl, The Freedom Factory will continue to accept BTZ towards all works for sale, as well as offering artists the ability to pay in BTZ to attend workshops or book the space for exhibitions. Founded by mother-daughter duo Melanie Pinto and Tiffany MacIsaac, the Freedom Factory gallerys mandate is to support emerging artists through its zero-commission policy and affordable rental rates.

Earlier this year, the bartering Facebook group and app Bunz launched BTZ (or bits), a cryptocurrency Bunz users can earn by posting items on the app. BTZ can also be traded for other items on the app, or be used in real brick and mortar shops, restaurants and cafes.

The Lisgar Park Art Crawls opening reception runs from 6 to 11 pm at The Freedom Factory. The Zwig Foundation, Twist Gallery, Propeller Gallery, the Modern TO, Craft Ontario, The Drake Hotel and the Gladstone Hotel are also participating in the crawl.