Does the controversy over a $13,000 space-age water pipe signal the takeover of stoner culture by big-money hipster trendsetters? 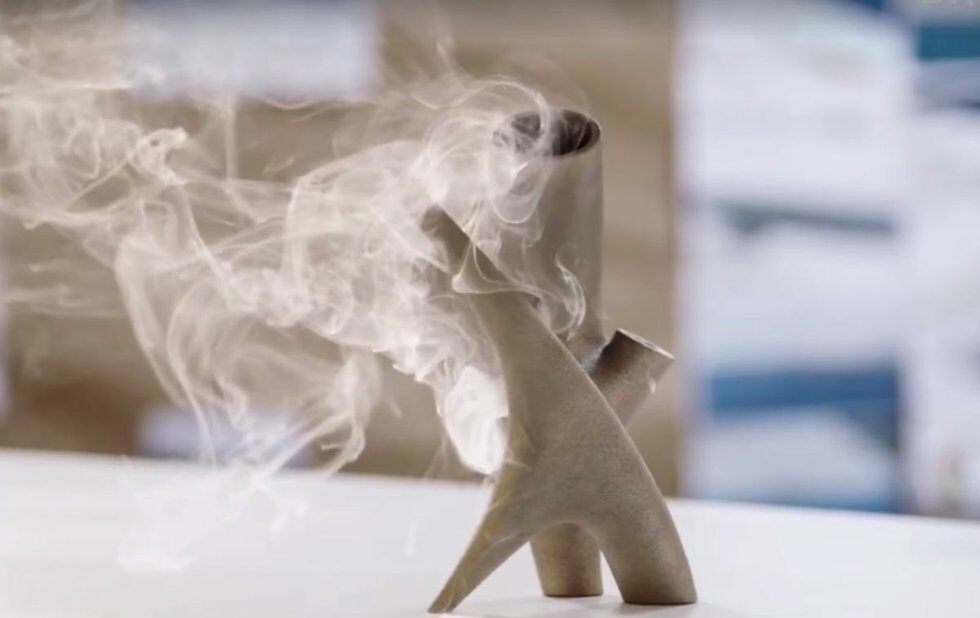 What happens when you put an ex-Google employee, a hot Toronto design firm, substantial resources and some weed in a room together? A bong made of space-age steel that costs $13,000.

The Io Water Pipe is a collaboration between Tokyo Smoke, a high-end “lifestyle brand that brings sophistication and design to the cannabis space,” and Partisans, an award-winning Toronto-based design firm. The two companies’ cannabis-related line  – ranging from the porcelain Crater Pipe ($135) to the $13,000 stainless steel bong – “demonstrates how cannabis products can combine art and functionality.”

The partnership has the craft cannabis community fuming. It’s not just the $13,000 bong. In a video to promote the space-age pipe for Vice, Alan Gertner of Tokyo Smoke and Alex Josephson of Partisans take potshots at a culture that, in their eyes, is uncreative and “unthoughtful.”

“For a culture that claims to be so based in creativity and liberal thought,” adds Josephson, “this doesn’t make any sense.”

Many in the cannabis community, particularly those who work in glass, quickly seized upon their remarks and bombarded Tokyo Smoke’s Facebook page with comments.

“Maybe they’re smoking something a little stronger than they can handle,” joked Ryan Lacovetsky, a glass-maker from Winnipeg. “Is there a strain known to induce delusional megalomania?”

A handful of protesters showed up outside Tokyo Smoke’s coffee and smoke shop on Adelaide West on April 27 to register their displeasure with Gertner personally. One of the protest organizers, Lisa Campbell, says they were able to have a wide-ranging conversation with Gertner on cannabis culture and, in particular, the pride taken by people in the movement who’ve been pushing legalization for a long time.

“The Tokyo Smoke brand has been really disparaging of cannabis culture in Canada,” says Campbell, co-founder of the cannabis pop-up Green Markets. She describes the conversation as “a wake-up call for Tokyo Smoke on a lot of issues.”

Campbell is willing to cut the new guys some slack. “Guys who are from the tech world aren’t saying [stupid shit] because they’re assholes. They just don’t know,” she says.

But it isn’t the first time Tokyo Smoke’s grasp of cannabis culture has raised questions. Gertner’s father, Lorne, who’s also a business partner, displayed his seeming lack of familiarity with the industry after he was quoted in an April article in Maclean’s referring to the indica strain of marijuana as “indigo.” And he calls himself the “godfather of Canadian cannabis.”

Josephson did not respond to numerous requests for comment. But Gertner says he regrets that his comments were received the way they were. “My attempt at being playful,” he says, “did not land well. But that’s okay. I’m allowed to make mistakes, right?”

He also suggests, although not convincingly, that they were taken out of context. “That video interview was longer than two minutes.”

Gertner acknowledges that Tokyo Smoke is only possible because of those who’ve come before. “We get to stand on the shoulders of giants, the people who got the industry to where it is today,” he says. “And it’s still like pushing a boulder up a hill. That’s not Tokyo Smoke-specific – that’s for everyone in the industry.”

While the blowback about Tokyo Smoke and Partisans was localized, it raises a larger question about the growing gentrification of the cannabis industry as big money and hipster trendsetters – many of them with a mindset to disrupt stoner culture – descend upon a multi-billion dollar industry going mainstream.

The cannabis market’s potential makes it an attractive opportunity for entrepreneurs.

It’s welcome news for those working in craft markets who say legalization will improve public perception of their disciplines, from food prep to glass-making. “The spotlight is about to shine on an art form that has been quietly developing for decades,” says Lacovetsky.

But the lucrative medpot market is also attractive to outsiders who see huge potential to capitalize on what has long been a black market operation.

Tokyo Smoke is only one of a handful of brands owned by Hill and Gertner Capital Corporation, a self-described “talent-based merchant bank” of which Gertner’s father, Lorne, is CEO. Its interests include a specialty pharmaceutical company that’s developed an oral strip to treat Parkinson’s, World MasterCard Fashion Week and real estate development.

“Something like 14 million Canadians consume cannabis on a regular basis,” says Alan Gertner. But not all them, he argues, feel like they have a home in the cannabis community.

While cannabis is an important part of the brand, Lorne Gertner described Tokyo Smoke’s approach to cannabis to Maclean’s thusly: “We’re not a stoner brand, and we’re not about getting stoned. We’re about having an elevated experience, and maybe that elevated experience has a joint along with it.”

The cannabis community is not actively resisting the increase in new businesses, but it is highly attuned to the way new entrants relate to its existing culture.

Misha Whisenand, a glass-maker from Oregon, says the existing industry is a tight-knit community, but one that encourages “new players who bring new ideas that help people.”

But when companies like Tokyo Smoke try to make an entrance – and do so disrespectfully – community members are quick to call them out.

The key, says Whisenand, is in understanding the community you’re trying to break into.

“Successful newcomers take the time to educate themselves on the industry so they have an idea of how they can improve something and where they fit in.

“Tokyo Smoke won’t be making an impact other than [spawning] a high number of hilarious memes in response to their absurdly disrespectful comments.”

Tokyo Smoke’s publicly stated goal is to differentiate itself from “Bob Marley-inspired head shop[s]” and instead serve the “creative class.”

Regardless, as legalization looms in Canada and creeps slowly across the United States, the personal typologies of the ‘“cannabis smoker” – not very useful constructs in their own right – are collapsing.