However conventional it may be to make use of lobbyists who are used to speaking the language of the party in power, the sheer number with connections to Queen's Park is concerning 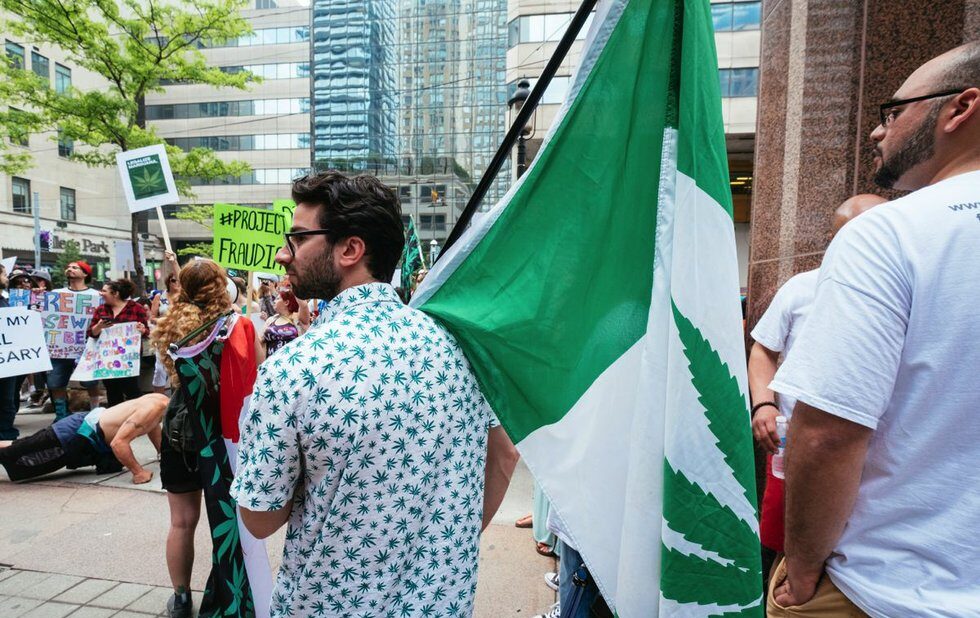 Even before Kathleen Wynne handed the reins over to Doug Ford & Co., Canada’s cannabis companies were salivating at the pot prospects and that a new government might privatize recreational weed sales.

In the eyes of most observers, a reversal was inevitable. It was one issue where Ford could achieve two major political wins: supporting private industry while undoing a Liberal-era policy to sell weed through an LCBO-style chain of government stores that was received with lukewarm enthusiasm.

We still don’t know what Ford’s idea of legal sales looks like. The Alcohol and Gaming Commission of Ontario will begin accepting applications for retail licences in December. Word on the street is that Ford is open to letting those who have been operating in the grey zone in on the action, so long as they stopped operating before October 17 when legalization officially came into force. At least, that’s the impression being left as debate around Bill 36, the legislation respecting the sale of cannabis and vapour products in Ontario, heats up.

But as it happens the big players – the Licensed Producers (LPs) that grow and distribute the stuff – are very eager to influence the way cannabis legalization plays out.

Canada’s biggest pot growers have a cadre of ex-Tory staffers, advisors and campaign strategists – including the head of Ford’s election war room – working on their behalf to make that happen.

Lobbyists representing some of the most influential names in the bud biz have been meeting with government ministers since shortly after Ford was sworn in.

At least two people who were directly involved with the Ford campaign left his team before Ford formally took office to lobby for cannabis companies.

Melissa Lantsman, who headed up the PC campaign’s war room during the provincial election, joined lobbying powerhouse Hill+Knowlton shortly after Ford was elected. By the fall, Lantsman was working on behalf of several cannabis companies who are clients of the firm.

Lantsman had been an outspoken proponent of private sales throughout the campaign. In fact, she penned an op-ed in the Toronto Sun in which she urged privatization and blasted Wynne’s LCBO-centred plan as “insane.”

Melanie Paradis, who served as press secretary for soon-to-be Health Minister Christine Elliott during the 2018 campaign, has gotten in on the act as well, lobbying for cannabis media company Lift & Co. (who, full disclosure, I write for).

The political connections extend  to federal ranks as well. Vivek Prabhu, who worked in the PMO under Stephen Harper in 2014 and Ryan Guptill, another Harper-era staffer who is now a senior consultant with government relations bad boys Navigator, are other names that show up on the province’s  lobbyist registry. Will Stewart, who served as chief of staff for former Harper cabinet minister John Baird, a member of Ford’s post-election transition team, was VP of Hiku Brands until it was bought by Canopy over the summer. There are former Liberals, too, cashing in on their connections, to say nothing of the ex-politicians and ex-cops.

However conventional it may be to make use of politically sympathetic lobbyists who are used to speaking the language of the party in power, the sheer number of connections is concerning. Public sector union boss Smokey Thomas, no friend of the Ford government lately, points out that the lobbyist class in Ontario is “full of political hacks.”

Legal cannabis is still in its infancy in Ontario, and many decisions will need to be made as it evolves. It’s worth asking: who else gets a say?