Opt-out clause in the province’s privatization plans for legal weed will allow underground market to flourish – not to mention, leave medpot patients high and dry 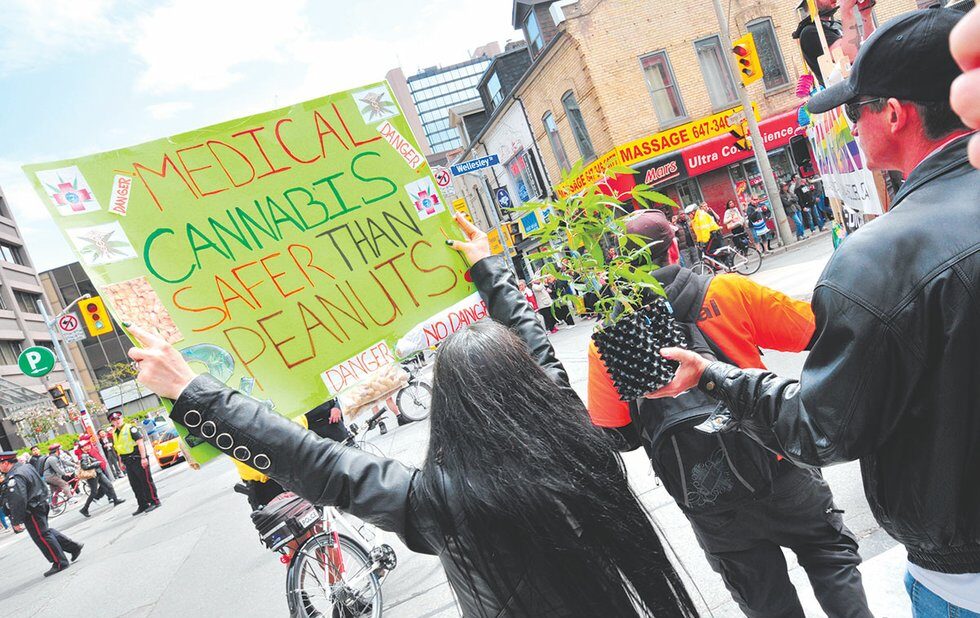 The decision of some municipalities to not allow legal weed within their borders will create huge gaps in the cannabis delivery system.

With the province’s plan for legalization allowing municipalities to opt out of having recreational marijuana sold within their city limits, reefer madness is alive and well in 2018.

Oakville, Richmond Hill and Markham have announced they will be the cannabis equivalent of dry states come legalization October 17.

You can purchase tobacco, alcohol, guns and opioids within Oakville, Markham and Richmond Hill’s borders, but neither will allow the morally corrupt cannabis plant to be sold within their good city. In fact, it seems that cannabis users, recreational or otherwise, are the kind of people not welcome in these towns.

Richmond Hill Mayor Dave Barrow’s office says in an email statement to NOW that council has heard from the community and it does not want cannabis retail outlets.

“The majority of comments that we received from our community was that they were not interested in a retail outlet at all,” writes Barrow. “Council stated that Richmond Hill would not be a willing host and I expect that the option to opt out will be the choice we make when the province provides the ability to do so.”

Markham did not return a call from NOW requesting comment. Oakville mayor Rob Burton and seven of the city’s 12 councillors posed in front of the new police headquarters in Halton to announce the city would be opting out.

The result will be a strengthened illegal market for cannabis sales in those communities, legal experts warn.

“The crazy thing about it is the communities that won’t allow cannabis stores in their community are going to have a stronger illicit market,” says lawyer Paul Lewin. “What they are really opting for is an underground cannabis industry rather than one that is regulated.”

The purpose of legalizing cannabis is to take an unregulated industry and regulate it. The feds have also stated that the aim of legalization is to restrict access to minors.

But Premier Doug Ford has opted to replace the Liberals’ plan to sell weed through government-controlled cannabis stores with a fully private model, which will be up and running by next spring instead of when legalization is set to kick in next month.

Until then, cannabis will be sold exclusively online in Ontario, while the fate of dispensaries already operating in a legal grey area remains up in the air.

While civic leaders in Oakville, Markham and Richmond Hill might be trying to send a message to their youth that they don’t approve of cannabis, lawyer Trina Fraser says forcing weed out of entire cities will only make weed far more accessible to minors through the underground market.

The Cannabis Council of Canada says it’s confident most communities that choose to opt out will eventually decide to opt in. (Any municipality that chooses to opt out can opt back in, but if you opt in, there is no opting out later.)

“We think most communities will see the benefit of replacing an existing illegal marketplace with a legal one,” says executive director Allan Rewak.

In the meantime, however, the decision of municipalities to opt out of recreational marijuana sales “will cause very serious gaps in reasonable access for medical patients as well,” says  Lloyd.

Patients prescribed medical marijuana are currently required to go through a mail-order system. Relying on the mail for medication is inherently problematic. Any number of circumstances, even weather, can cause a patient to be without weed.

If it were any other prescription, a patient could just walk to their local pharmacy. That is not the case for medical cannabis, but dispensaries are often able to fill that void. The decisions of Oakville, Markham and Richmond Hill will create problems for patients in those communities.

“They are saying that those individuals who live in that area can’t go to a store and access medicine,” says Lloyd. “It’s ridiculous.”