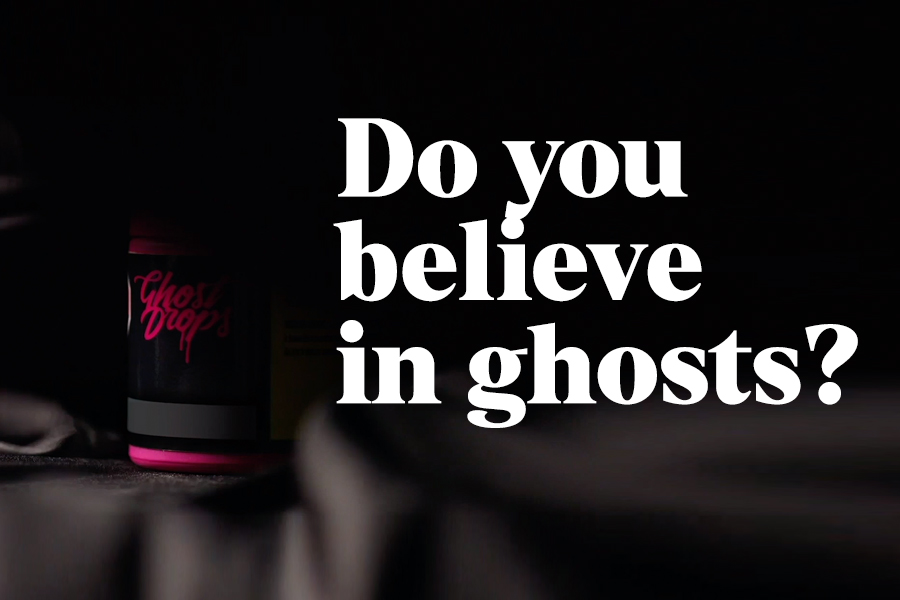 Ghost Drops is famous for having conquered Canada’s cannabis market on a couple of fronts—first as an iconic underground favourite, and more recently as a culture-jamming legal-market disruptor. Now, thanks to a new partnership with Atlas Growers, one of the country’s most recognizable brands is making not only major moves at home, but also in the global market. A big part of that move is innovative packaging that sets the brand apart from the competition. But first a bit of backstory.

The deal has Ghost Drops partnering with blue-chip Canadian medical cannabis producer Atlas Growers. The goal of the licensing and distribution deal? That would be expanding Ghost Drop’s reach into major markets across the planet, including the U.S.A., Europe, Israel, Australia, and South America.

Ambitious as that plan might be, Ghost Drops isn’t forgetting what we might cheekily call its grassroots in Ontario and the rest of Canada. With a proven track record in the medical marijuana business, Atlas Growers has a deep network of contacts in the Great White North. Ghost Drops will use those contacts as a springboard to making sure its branded products are on the radars of cannabis aficionados in every Canadian province.

Major metropolitan Ontario cities like Toronto, Ottawa, Kingston, and Kanata have been part of the Ghost Drops world for years. Now it’s time for those in the rest of the country to see what they’ve been missing out on—both the packaging and the product within.

As anyone familiar with the names Beyoncé and Jay-Z knows, when two powerhouses join forces it’s a good thing from a brand-awareness standpoint. Ghost Drops CEO Gene Bernaudo is keenly aware of this. “Ghost Drops will now leverage Atlas’ excellent network and relationships to get our branded products into the hands of eager consumers in every major province,” Bernaudo says.

As far as global aspirations go, Canada has proven itself as a country that’s able to play with the big boys, from the U.S. to the major centres of Europe and South America, to Israel, and Australia. So look out not just Picton, Port Perry, and Paris, Ontario, but Perth, São Paulo, and Paris, France. Atlas Growers president and CEO Sheldon Croome is thrilled about the opportunity to use his company’s medical marijuana connections to spread the Ghost Drops word across the planet. “We believe the market has been waiting for a brand like Ghost Drops to come in and shake things up,” Croome says.

So what to watch out for in the days, weeks, and months ahead?

As Canadian icons from Leonard Cohen to Justin Bieber have taught us, style is important, and Ghost Drops is all-in on that front. Back in its legacy days, the brand was famous for its endlessly funky packaging. While the legal market has stricter guidelines for how marijuana looks on the shelves, Ghost Drops is stoked about the idea of continuing to break new creative ground. Where generic plastic packaging is the industry standard in Canada, the company will be channelling the spirit of its legacy days with eye-catching coloured glass containers.In addition to looking good, the glass is UV-protected, ensuring the potency of the product within. And as for that fabled product, Ghost Drops didn’t become one of the most trusted names in Canada by accident. Committed to honouring its history, and its long-standing motto “no ghost left behind”, Ghost Drops remains on a mission to bring the best from the legacy market to the legal cannabis landscape. As made clear by partnering with Atlas Growers, the brand’s level of ambition has become a global one. The gold-standard Ghost Drops cannabis fans love, however, remains the same.

To learn more about Ghost Drops go online at www.ghostdrops.com and on Instagram @ghostdropsofficial.