These days, Jodie Emery is proud to report shes hawking coffee beans, not weed. Earlier this month, Emery, the better. 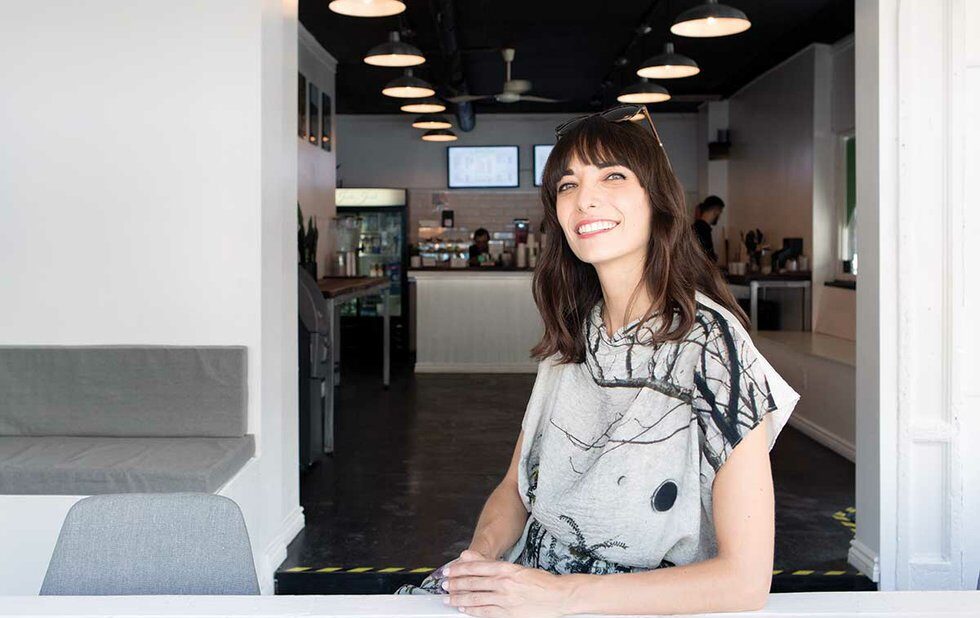 Earlier this month, Emery, the better half of Canadas first couple of cannabis, opened the hemp-based cafe Jodies Joint in Kensington Market, where shes selling coffee from local roaster Sam James and hemp baked goods in the old location of Casa Coffee at Augusta and Baldwin.

At the grand opening on July 23, customers ranging from trendy young couples and families with young kids to tourists streamed in and out of the airy space. A couple older folks who looked like the type of regulars that perched outside of Casa Coffee, sat outside at the counter overlooking the busy corner.

Jodies Joint doesnt have the same community vibe of Casa Coffee, which occupied the space for 55 years until it closed earlier this spring, but Emery envisions it becoming a neighbourhood hub.

I want my coffee shop to be like Amsterdam, says Emery. For me, legalization looks like the Amsterdam experience, where adults can go to a cafe, buy cannabis and a latte and consume both at the same place.

Eventually, she wants to turn the upstairs into a cannabis lounge and sell pre-rolled joints. That space would also allow her to resurrect her Pot TV series, also dubbed Jodies Joint, in which she interviews celebrities and politicians.

For now, however, the only hints of cannabis are the hemp fabric covering the chairs, the baked goods made with hemp flour, framed photographs of hemp crops taken by Emery and the branded grinders and lighters for sale.

But even if weed lounges are legalized in Ontario, its unclear whether Emery will be able to operate one after her conviction on a number of charges following a series of highly publicized police raids of Cannabis Culture dispensaries in Toronto and Vancouver, which she and husband Marc Emery used to run. The couple pleaded guilty to trafficking and possession of the proceeds of crime and were fined $195,000 each.

I hope I can expand this legal coffee shop business model regardless of what the laws for cannabis sales are, she says. If the federal laws block me…, I can still sell really good coffee and have hemp wallpaper on the wall.

It doesnt need to be said that the Ford family is familiar with moving a little bit of hash here and there, laughs Emery, referring to current premier Doug Fords reported history as a mid-level hash dealer. In the meantime, Emery says she plans to use Jodies Joint as a lobbying headquarters for her activism.

Not everyone in the neighbourhood is high on Jodies Joint. The Emerys remain divisive figures, and this latest venture is not without controversy. Some in local cannabis circles are taking issue with Emerys store being right across the street from the Hot Box Cafe.

Why did Jodie choose to open six feet away from the Hot Box? asks Abi Roach, owner of the Kensington institution. Its because opportunity knocked and she thought shed take advantage of the fact that we have lots of clientele and itd be an easy in. There are other dispensaries in the market, but we work with them. We dont compete with them. We send people over to dispensaries and they send people to us.

Yet rather than paying too much attention to Emery, Roach is focused on expanding her own business in anticipation of legalization, looking at opening locations in the U.S. and across Canada. Roach says she has considered a few locations in Toronto.

Emery doesnt see Jodies Joint as competition, but rather as a complementary business. I sell coffee from a hemp cafe and she sells bongs in a lounge. Were different models.

Even if Jodies Joint did open a lounge, which would put Emery in direct competition with Hot Box, Emery maintains theres room for both.

Some people might want to go somewhere with old school history and I get that because the Cannabis Culture headquarters in Vancouver is like that, says Emery. What Im building at Jodies Joint is not about the rasta-coloured stuff. I want something with a more mainstream presentation. We should have as many options as possible. I think restrict and limit is the government approach.