Are there too many cannabis shops in Toronto neighbourhoods?

With dispensaries popping up in clusters, community groups are pushing for more power from the province 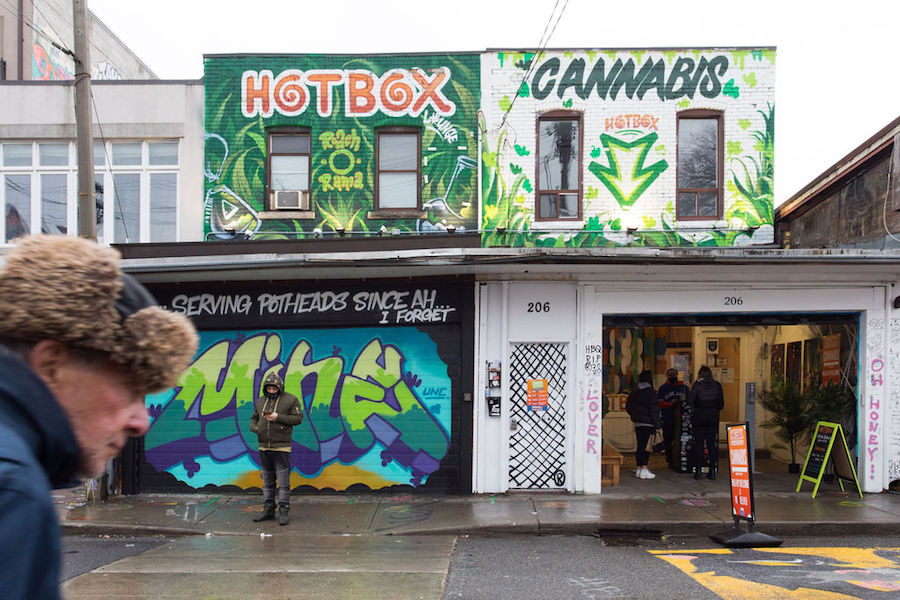 COVID-19 has been devastating to Toronto’s main streets. With local businesses seeking significant supports, many long-standing bars, restaurants and retail shops have been disappearing and many more might not last the pandemic.

Legal retail dispensaries have popped up all over the city, many in the same areas. As the pandemic has roared on, they’ve taken over storefronts left empty by closing businesses. It’s not uncommon to see clusters of five or even 10 pot shops within a couple of blocks of each other.

But some neighbourhood groups and politicians are raising alarm bells, arguing that cannabis retailers are over-saturating main streets.

As the pandemic continues to alter the streetscape, is Toronto becoming a city of pot shops?

Cannabis clusters popping up around Toronto

You’d never expect Kensington Market would have a problem with weed.

Long before legalization, you could smell smoke wafting between restaurants and fruit shops. Hotbox Cafe and its famous outdoor “potio” have been Market staples since 2000, first on Baldwin and then Augusta. (Hotbox was sold to Friendly Stranger last year, which was then acquired by corporate cannabis giant Fire & Flower in November.)

However, the historic Toronto neighbourhood is advocating for more say in how legal cannabis licences are distributed.

Hotbox, now a dispensary, is directly across the street from another retail pot shop, One Plant. And there are at least four others that either opened or are set to open nearby, including the Kensary, Premier Cannabis, the Bend Cannabis and Hot Budz. All are within 350 metres of each other.

“Cannabis culture is such a part of the Kensington identity. There’s no reason we wouldn’t want it in the Market,” says Kensington Market BIA Operations Manager Cassandra Alves. “What we want is for the community to have the opportunity to decide how the neighbourhood moves forward.”

With Kensington facing an existential crisis as droves of local businesses close during the pandemic, the BIA has been advocating to the Alcohol and Gaming Commission of Ontario (AGCO) and the attorney general to give the local businesses and residents more say in how many pot shops move in.

Last November, the BIA sent a letter to the AGCO, also signed by city councillor Mike Layton and MPP Jessica Bell, outlining concerns and asking for more say in the licensing process. They want a longer public consultation process for new cannabis businesses (30 days instead of 15), a cap on the number of businesses in a certain geographic area and a consideration of density and proximity in how licences are distributed. They’ve been meeting with the AGCO to talk it through.

The Kensington BIA has also raised the issue at the Toronto Association of Business Improvement Areas (TABIA), and it’s clear they’re not the only ones worried about all the new pot shops. Other neighbourhood BIAs have also been discussing the issue, publicly and internally. A number of Toronto politicians have started looking into it.

A similar cluster of cannabis shops on Queen East raised the concerns among Riverside residents. That’s partially because the stores, all within a block of each other, are immediately across the street or beside a city of Toronto community centre and park, a Children’s Services drop-in centre, a Toronto Public Library branch and two supportive housing apartment buildings.

But it’s also an issue of market saturation.

In July, city councillor Paula Fletcher raised a motion to tighten regulations around the location of cannabis shops. Deputy mayor Ana Bailão saw a similar cluster of four shops in one block at Bloor and Lansdowne in her Davenport ward and supported the motion, which was adopted.

Recently, Scarborough MPP Aris Babikian urged the AGCO to tighten regulations, citing safety as his main concern. Mayor John Tory expressed his support, “urging his own government to take a second look at the ground rules for these licences to ensure that our neighbourhoods, and especially young people, are kept safe.”

The Hunny Pot was one of Toronto’s first cannabis shops to get a legal retail license. Now, there are at least three others within a two block radius on Queen West.

When it comes to cannabis, the province still carries much of the regulatory power. When Canada legalized pot in 2018, Ontario passed the Cannabis Licence Act, giving municipalities the power to opt-in or opt-out of allowing retail cannabis stores. But that was the only choice they’ve had when it comes to cannabis.

“At the time of municipal opt-in decisions, municipalities would have been aware of the initial Cannabis Licence Act, 2018 (CLA) framework which enabled an open cannabis market,” says Brian Gray, spokesperson for the Ministry of the Attorney General, in a statement to NOW. “Municipalities were also aware if they opted in, they would not have approval authority over the locations of authorized retail stores.”

The government’s main priority is to protect children, keep communities safe and combat the illegal market. And an open market, he says, is the way to do that.

“In order to ensure we are doing everything we can to reduce the viability of illegal and unregulated cannabis sellers, our government adopted a retail authorization system based on market demand,” he says. “This is a key part of our battle against the illegal cannabis market.”

In Alberta, cities like Calgary and Edmonton have minimum distance buffers between stores. That’s not the case in Ontario.

Retail cannabis stores can be located anywhere zoned for commercial use, or anywhere other retail stores are also allowed. There is only one major exclusion: They must have a minimum buffer distance of 150 metres from schools. Otherwise, cannabis retails are free to apply for licences.

There is a public notice stage when community residents can raise concerns.

“We encourage all residents of a community, as well as municipal officials, to submit comments,” says Raymond Kahnert, a spokesperson for the AGCO. “Those who submit will receive an acknowledgement, and also notice of the decision.”

But the legislation is specific in what the AGCO can consider as “matters of public interest,” namely “protecting public health and safety, protecting youth and restricting their access to cannabis and preventing illicit activities in relation to cannabis.”

However, there are also concerns about the characters and identities of cities and neighbourhoods, and right now people who live in Toronto don’t have much say.

In November, MPP Marit Stiles, who also represents Davenport, tabled a bill that would amend the Cannabis Licence Act to give municipalities more of a voice in the licensing process and where shops are distributed. The process would align it with liquor licensing.

“I’m an NDP MPP – I 100 per cent support the legal, regulated sale of cannabis,” she says, “but we need to empower cities when it comes to where and how many.”

“We know that municipalities have the planning expertise, the knowledge of their communities, to determine the best distribution and maintaining the diversity of our streets,” she says. “That’s what makes our communities special.”

Will the market sort itself out?

Though it rarely happens as dramatically as with cannabis shops, clustering is actually a common retail strategy. You’ll often see clusters of certain kinds of restaurants or shops, like Kensington Market’s stretch of vintage stores. People can flock to that specific area and shop around, comparing selections and prices.

Cannabis works a little differently because of the way it is regulated.

The retail shops have a limited supply of products they can stock and the prices are kept relatively similar. The stores all have different names and brand identities, but they’re comparable to the LCBO. You show up, buy your products and leave. That could change if the laws allow cannabis lounges, restaurants and cafes.

And though business is booming now, the retail cannabis explosion isn’t likely to last. The market won’t be able to sustain so many competing dispensaries and some shops will inevitably close. That argument has come up in some of the BIA meetings: that cannabis is an open market and open markets regulate themselves.

“When things return to whatever normal will be, the market will straighten itself out,” says Rob Sysak of the West Queen West BIA.

He says more than 10 retail cannabis shops sprouted up in the neighbourhood, which has made it a topic of conversation at BIA meetings.

The clustering has changed some of the variety of the street, but Queen West is big and diverse enough to still feel dynamic.

Sysak argues it’s actually a good thing that there is one business category that is flourishing because landlords (who are also BIA members) need paying tenants, and many businesses can’t afford rent right now.

He’s personally more worried about walkability, which is one of the things that gives a neighbourhood – especially one with a major retail stretch like Queen West – its character.

One of the regulations of retail cannabis shops is that their windows must be covered, which affects the ability to window shop – something that is also affected by stretches of empty storefronts, an unfortunate reality during the pandemic. The BIA is looking into options of putting something interesting in covered windows, like installations by local artists.

Having a business open and operating is always better than a papered-over storefront, Sysak argues. And, right now, pot shops are who can afford to pay. The shops also bring walk-in traffic, which ideally would also bring shoppers to other businesses in the area.

What happens when the cannabis explosion is over?

For the Kensington BIA, one of their major concerns is gentrification.

Alves and BIA Chair Gwen Bang say they want to support local businesses, but that many of the cannabis shops clustering the market are big corporate entities flush with cash. That’s because the regulation process is expensive and labour intensive, which means many smaller entrepreneurs don’t have the means to get to market.

So if landlords can find paying leasers during and after the pandemic, they can afford to raise the rents – in turn pricing out many of the neighbouring businesses like independent grocers, family restaurants and music venues. BIA members in areas like Bloordale, Little Portugal and Parkdale are similarly worried.

“If you’re coming to [Kensington] Market with money, that means you’re driving up the affordability of the neighbourhood,” Alves says. “And in the interim, you’re not giving any opportunity for smaller businesses to take those spots.”

Kensington experienced this before. In the years between Justin Trudeau’s election as Prime Minister (with the promise of legalizing cannabis) and the actual legalization in 2018, there was a thriving cluster of grey-market dispensaries. When they were forced to shut down, the Market was peppered with empty storefronts.

“Dispensaries do bring in walk-in traffic, so it actually helps my business,” says Bang, who owns the bar Lola. “But if everyone is saying yes, the market will settle itself out, what happens next? Will we have this same pattern again of vacant lots and expensive leases?

“And what is going to happen to our Kensington Market? What’s it going to look like? 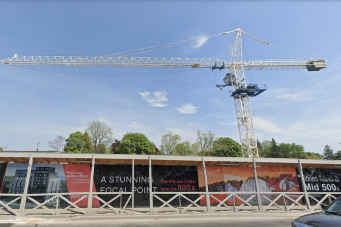 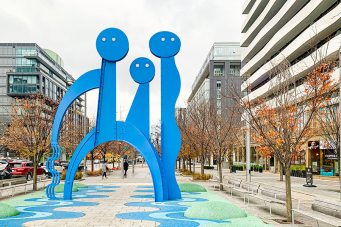 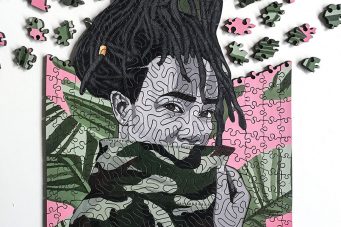 4 responses to “Are there too many cannabis shops in Toronto neighbourhoods?”