It's the first 420 since legalization and the city is lush with stoner-friendly events. Here are our top picks, from. 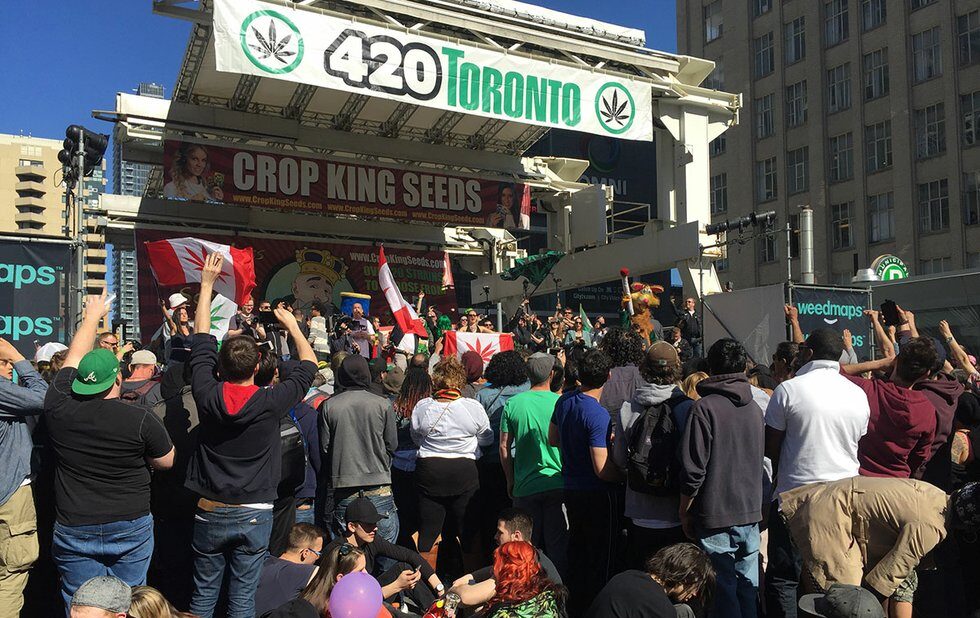 It’s the first 420 since legalization and the city is lush with stoner-friendly events. Here are our top picks, from big bashes and comedy festivals to reggae shows and a film fest.

This year, the 13th annual party is hitting the beach. While previously its been at Yonge-Dundas Square and Nathan Phillips Square, this years festivities are at Woodbine Park from 11 am to 6 pm and features live music, speakers, food trucks and vendors. Bring some weed and snacks for the subsequent munchies. See listing.

The third-annual 420 Comedy Festival is back from Friday to Sunday (April 19 to 21) with improv and stand-up shows at the Underground Cafe, Rivoli, Bad Dog Theatre and Comedy Bar. On 4/20 proper, there are six shows happening throughout the night, including Half Baked, featuring Alex Tindal, Erica Gellert, Jon Blair and more at Comedy Bar as well as headliner Adrienne Fish at the Underground. You can buy tickets for individual shows, or get a festival pass to go show-hopping while having enough time for quick tokes in between. See listing.

The newly reopened Grand Gerrard Theatre is throwing a day-long film fest that looks at stoner cinema through the ages with a lineup of Cheech And Chongs Up In Smoke, Harold & Kumar Go To White Castle, Friday and Darkside Of Oz. The first screening starts at 4:20 pm (naturally) and the price of one ticket gets you into all the films. See Facebook for details.

Kensington Market institution Hotbox is throwing their annual block party with live music, vendors, a bong-clearing and joint-rolling competition and plenty of giveaways. The party is BYOW (bring your own weed) and you can light up on Hotboxs back potio. See Facebook for details.

Junction City Music Hall is celebrating legalization with live reggae from the bands Memberz, Feeling the One Drop and Bredren Dub, and a pinball and video game tournament. The highest score gets a prize donated by Grow it All, a local hydroponic shop. See Facebook for details.

On March 1, the federal government tabled Bill C-93, an Act that will provide no-cost, expedited record suspensions for the possession of cannabis. Activists say this is a good first step, but that expungements are needed for the permanent deletion of records. Cannabis producer Doja and Cannabis Amnesty have partnered for a new campaign called PARDON, which is advocating for the government to grant full expungements instead of just pardons. Theyve been driving across the country in a truck to raise awareness and getting signatures to bring to parliament, and will be parked at Trinity Bellwoods Park from noon to 6 pm. Learn about Bill C-93, sign the petition and then go smoke up in the park.