Around the world this Earth Day, as a growing army of women stand up for a more sustainable planet, mainstream environmental groups are becoming more inclusively female 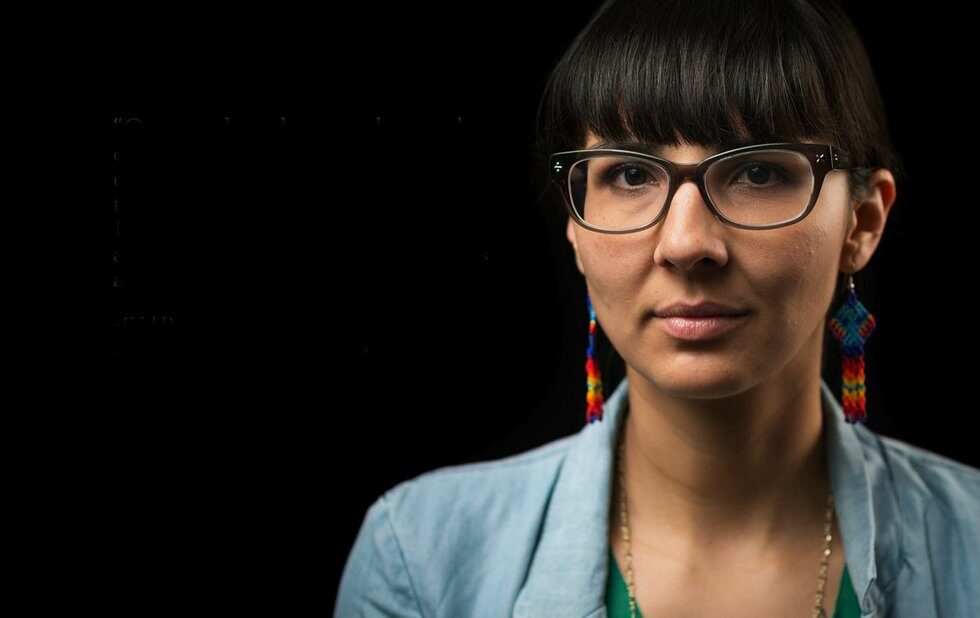 For years, the mainstream environmental movement in North America has been criticized for being the purview (mostly) of white dudes.

Green Party of Canada leader Elizabeth May, who headed up the Sierra Club of Canada from 1989 to 2006, recalls that while most major national environmental groups had male executive directors in the 80s and 90s, “the real environmental movement was and is, at the grassroots, led by mostly women.”

Around the world this Earth Day, as a growing army of women stand up for a more sustainable planet and mainstream environmental groups become more inclusively female, things are also shifting at the top.

Greenpeace Canada executive director Joanna Kerr, who was recruited from the international anti-poverty and women’s rights movement, says there are now far more women in leadership positions at environmental and non-governmental orgs (ENGOs) right across Canada. “For a moment we had an entire female management team” at Greenpeace, she says.

“Still,” Kerr confesses, “there’s a group of EDs [executive directors] who meet across Canada, and the majority are dudes. When I got in, there was just one other woman. Slowly, the numbers are increasing, but now our issue is really about including people of colour and Indigenous peoples.”

They may be underrepresented at ENGOs, but it’s Indigenous women who are leading the global resistance against resource extraction projects throughout the Americas. It was Lakota teen Jasilyn Charger who started a tiny prayer camp near the Dakota Access pipeline route that grew into the largest Indigenous protest in a century. And in Canada, Idle No More may never have come to pass if it hadn’t been for the three Indigenous women (and one non-native ally) who founded it.

Indigenous Climate Action founder Eriel Deranger of the Athabasca Chipewyan First Nation says the rise of women working to get the earth back in balance was foretold by Indigenous prophecy.

“Part of the restoration of balance comes with rebalancing of the masculine and the feminine,” she says. “We’ve had predominantly patriarchal institutions being led by men in the corporate world, the government sector and within our own governing structures in First Nations communities. It’s critical when we talk about restoring balance to the climate that we talk about balancing representation in terms of who’s at the forefront of decision-making processes.”

It’s not as if people are saying we should only have women leading, notes Deranger. “It’s just organically happening. Earth and water are considered feminine entities in Native spirituality, and those who are coming to the surface as leaders in these movements have been women. Now, everywhere you turn there’s a woman at the front.”

“They aren’t just stuck in the current structure we’ve been working in,” says Deranger. “They’re breaking the status quo and offering new and valuable insights to the pathway forward.”

The People’s Climate March set for April 29 in Toronto, which is being organized by the same group that organized Toronto’s Women’s March on Washington, has helped shift the climate movement to include long marginalized voices.

“It’s a different movement than it was in the 90s, when it was very middle-class, white and male-dominated,” says elementary school teacher and march organizer Kim Fry.

A broad coalition of activists from the women’s movement, Indigenous groups, anti-poverty, union and racial justice movements argue that solutions to climate change must be rooted in racial, social and economic justice and “a new clean and renewable energy economy that works for all.”

“Anything that’s ‘green’ is assumed to be more progressive than anything that’s not. I’m not finding that to be the case,” says Baruah. “The conversation about gender equity in Canada’s green economy is at best incipient and tokenistic.”

On this front, she notes, Canada is actually lagging behind developing countries.

“Most future green job creation in Canada will be in occupations in which women are currently underrepresented, such as engineering and the skilled trades,” Baruah says. “If equity programs are not carefully planned, implemented and monitored, almost none of the more skilled and better-paid technical jobs will go to women.”

The Trudeau government has yet to fold gender equity into the conversation around green jobs, says Baruah. “The focus has been entirely on technology and financing.”

York University PowerStream chair and clean energy prof Christina Hoicka, who is chairing a panel on gender diversity in the low-carbon economy with Baruah and others at York on May 12, says, “There are even fewer women researching this topic in academia.”

On the white-collar side, lots of prominent women are trying to make corporate Canada more socially and environmentally responsible. Frances Edmonds at HP Canada, for example, tells NOW that almost a third of HP’s execs and 40 per cent of the company’s board are women. “The technology industry is younger than many other industry verticals, so you are definitely more likely to find organizations that promote diversity and inclusion across all parts of the business, including sustainability,” she says.

The one low-carbon area of the economy where women clearly outnumber men is the caring economy: teachers, health care workers, daycare workers. Not all of those are high-paid jobs, of course, or even viewed as part of the green economy.

Says Fry, “We need to blow open our ideas” about what constitutes a green job.

“Once we start to see these as important jobs for all kinds of social reasons and we also see them simultaneously as an important part of the green economy…. If governments will intervene to protect auto sector jobs, they should protect these green jobs as well.”

Considering that development orgs are clear on the fact that women around the globe will bear the brunt of climate-change-induced droughts, floods and natural disasters – even though, as former UN Population Fund director Thoraya Ahmed Obaid has said, “they contributed the least to it” – we need to make sure the new green economy doesn’t leave women in the dust.

Particularly if Indigenous prophecy about women’s role in restoring earth’s balance is right.

Libra: Have you been saving any of your tricks for later? If so, later has arrived.

He claimed it’s not about making me femme – he says it’s just a hot thing for him. PLUS: I.