From film and TV to video games, the animation industry is known for brutal crunch – how are students preparing? 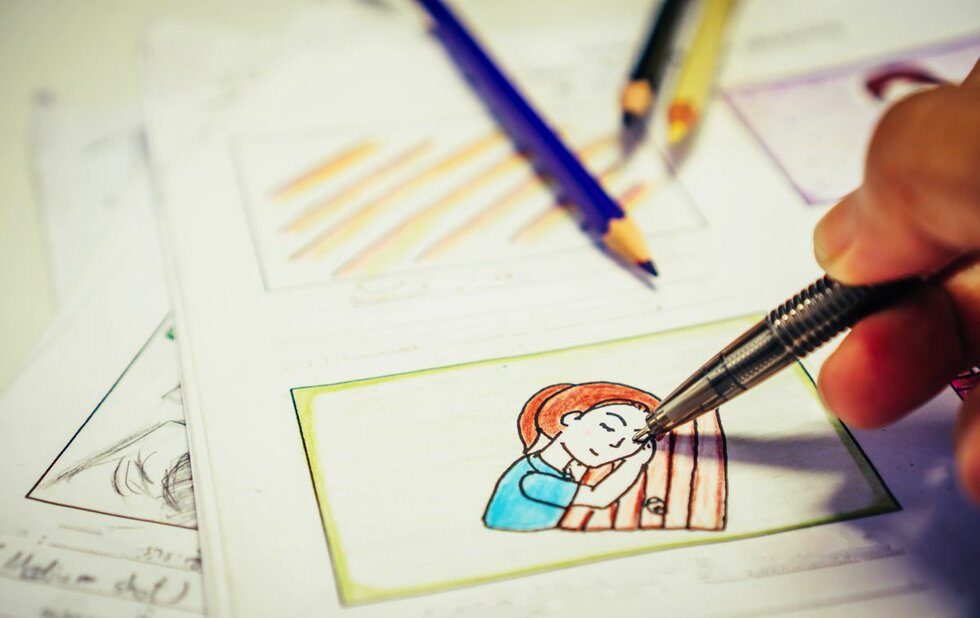 Burnout is something every student and employee experiences – but it has become a way of life in the animation industry.

Animators working in TV, film, and video games are often tasked with long hours in the weeks and months leading up to deadlines, commonly referred to as “crunch.”

In recent months, the plight of animators working for a number of firms throughout the entertainment industry has made headlines, from the abrupt shutdown of games studio Telltale Games to the BoJack Horseman crew’s fight to unionize.

The consequences of crunch have taken a toll both on studio reps in the industry and on the work they produce. Gaming studio BioWare, which has made crunch (or, as they call it internally, “BioWare magic”) a crucial part of workflow, has released all of their titles on time, but the studio has been hit with backlash for buggy, inconsistent games.

In Japan, animators have been aggressively overworked and woefully underpaid for decades, with seemingly no change on the horizon.

Despite the increased media scrutiny, crunch continues to define much of the video game and animation industry.

Many animators get into the field because of a genuine passion for the medium. Jim Zub, a Marvel creator (Avengers, Samurai Jack) who acts as the animation program coordinator at Seneca College, says that while there’s truth in the old “do what you love and you’ll never work a day in your life” cliché, passion also makes burnout that much harder to ignore.

Zub makes a point of passing on that advice to his first-year animation students.

“Literally in the first week, one of the conversations we have is, ‘Okay, you have a certain amount of skill, you show that in your portfolio and that got you into the program, but that alone is not the measure of success’,” says Zub.

In an industry like animation, he says, learning how to properly manage time is part of the key to success.

“These creative careers are marathons,” says Zub. “They’re not sprints.”

Time management is a skill that, unfortunately, doesn’t develop overnight. Second-year animation student Rhael McGregor says their first semester at Seneca was nothing like they had experienced. Every morning, they would get to the studio at 6 am.

“In university I had a life, but in animation I had none,” says McGregor. “But I loved it – so it made it easier to do all the work.”

Jack Tait, another second-year student in the same program, says he didn’t have any understanding of what time management was back in the first semester of school.

“I got burnt out near the end of last year,” says Tait. “By the end, when all my work was done, and I finally got to sit down… I just sat and didn’t move for a solid week or so.”

Since then, he has learned how to budget time for big versus small assignments. For small projects like character redesigns, where he would have to redraw characters he previously drew, he would work up to three hours a day because they require less time to finish.

Since enrolling at Seneca, Tait says he’s the happiest he has ever been. He adds the program has taught him how to manage large amounts of work all at once.

“With the help of some really cool teachers, I’ve managed to streamline everything that I need to do – like when to not be a perfectionist about something and just get it done ‘pretty good’ instead of spending forever to get it done perfectly.”

Seneca student Karlo Feliciano has also experienced some burnout while studying animation. Although the first year felt like the hardest, Feliciano says they’re learning how to be more efficient in their second year, as the program is teaching them shortcuts that help students speed up their process.

Feliciano has come to recognize that “school is school,” and grades aren’t the be-all, end-all of success – an important reminder for those who might also be getting bogged down in schoolwork. “An A is not the ultimate,” Feliciano says. “You’re here in college to learn.”

Though stress levels can be high, both Feliciano and McGregor say leaning on their fellow students for support makes things easier.

“I’m from Winnipeg, so I don’t have my family when I’m in Toronto,” says McGregor. “But I have my animation family, and we all care about each other a lot.”

Zub takes pride in that sense of community. While part of the job is to educate students on their creative skills, another component is teaching them how to communicate and be part of that animation ecosystem.

One day, he adds, the students’ classmates will ultimately become peers in the industry.

“What’s going to last longer than anything else is the friendships that you have, the bonds you make between people, and treating others well,” says Zub.

Where to study animation