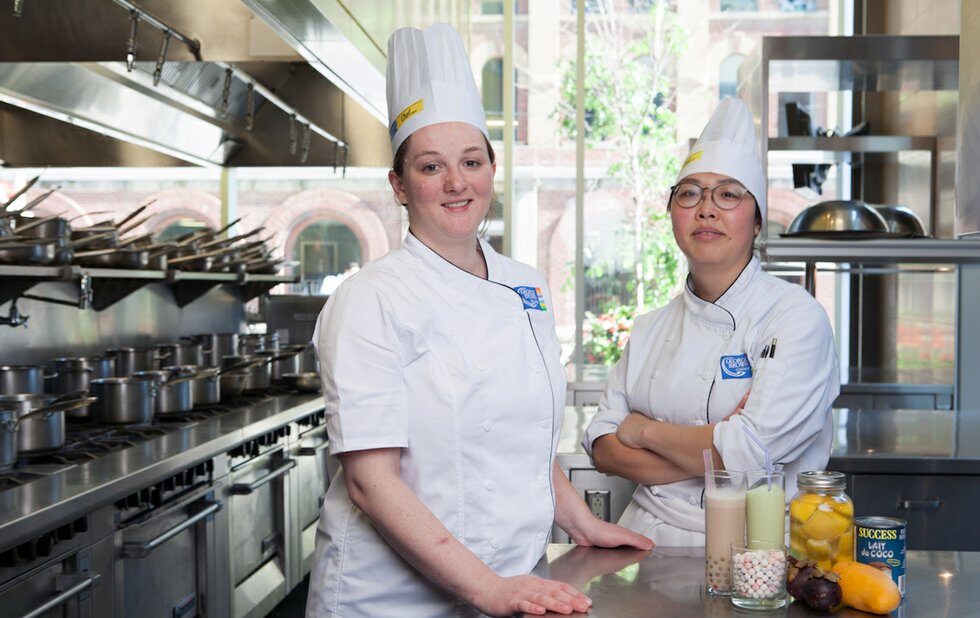 Whether it’s halo-halo, black sesame pudding or Japanese cheesecake, Toronto’s appetite for desserts from across Asia has never been more ravenous.

And after fielding countless requests from students to cover Asian desserts in their Continuing Education classes, George Brown College developed an all-new course to meet the demand.

Stephanie Bourgeois, who developed the course and taught its first run last semester, says requests to learn the finer points of Asian desserts were popping up constantly on evaluation forms from Baking Arts students.

Though the Culinary Arts program already had a number of international cooking courses, they barely touched on sweets – and while their baking offerings already included mega-specialized options like Croquembouche, Afternoon Tea, Miniature Desserts and Vegan Baking, Bourgeois says the texture and flavour profiles in many Asian recipes are a departure from the Western desserts George Brown students were already cranking out.

“There’s actually some really cool things happening with texture, and playing with temperature in a way we don’t normally do with desserts,” Bourgeois adds.

The class, taught in weekly four-hour sessions, leads small groups of students through the finer points of creating some of Japan, China, Thailand, India, Vietnam and the Philippines’ most popular sweets. Items that are massively popular in the GTA food scene, like bubble tea and Japanese cheesecake, are on the syllabus so are rarely seen recipes like sangkhaya fak thong (Thai coconut custard in a pumpkin) and thach hanh nhân (Vietnamese almond jelly with fruit).

“It was really a matter of brainstorming what exciting desserts people are talking about,” Bourgeois says. “The Philippines is a good example – everyone’s talking about halo-halo and ube ice cream, but you can’t base a whole four-hour class around just that. What else in that tradition can we explore?” 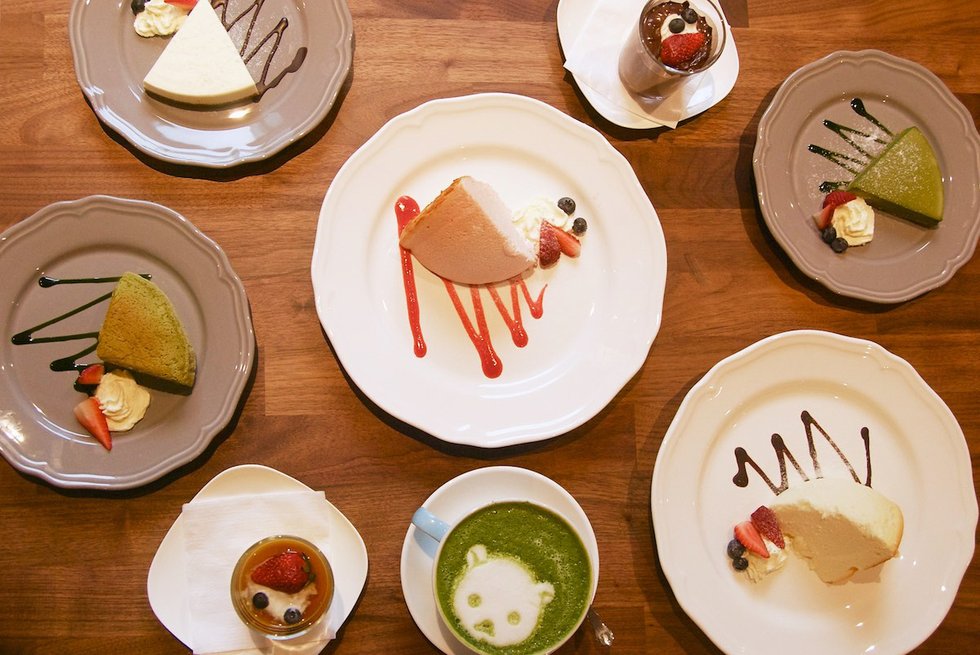 Trend played a part in what recipes made it into the course, but the George Brown team also adjusted their picks so that all the recipes had readily available ingredients, could be completed in under four hours, and – crucially – wouldn’t all melt on the way home (ice cream had to be kept to a limit).

The course finished its first run this spring the second, taught by instructor Canaida Tai, begins on October 31.

Many of the students hail from the regions covered in the course, but old hands and newcomers alike all got something out of the class.

“Because the course covers all these different regions, if you are from one of them, there are still five others that are fairly new to you,” Bourgeois says.

“It was really beautiful – students would be like, ‘Oh, this is how my grandmother did it.’ During the Vietnamese and Thai weeks, there was a student from Cambodia who would talk about how the smell of toasting sesame seeds reminded her of her grandpa.”

For those already familiar with the recipes, Bourgeois says, studying them in a classroom environment can provide important extra context.

“Even if you learned it from your grandma, she didn’t necessarily explain it in the way a chef does. Like, ‘we’re whipping the eggs because it’s leavening the cake.’ Your grandmother would be like ‘Oh, that’s just how you do it.’”

That’s something Tristen Petate, the baker behind Tito Ron’s, knows from experience.

“It would have been great if this course had been around when I was starting out,” explains Petate, who launched her Filipino baking company a couple of years ago, and now bakes and sells ube and polvoron pies out of Wong’s Ice Cream on Gerrard East.

“The majority of these recipes aren’t taught in schools – they’re passed down in families,” she says. “The number of Asian dessert textbooks or cookbooks out there is very limited. I had to basically ask every Filipino person how they do things. And of course, all the techniques are different from person to person, family to family. Nobody gave me any measurements.”

The availability of Asian ingredients in Toronto can also be inconsistent.

“You have to work harder to get the same result,” says Petate. 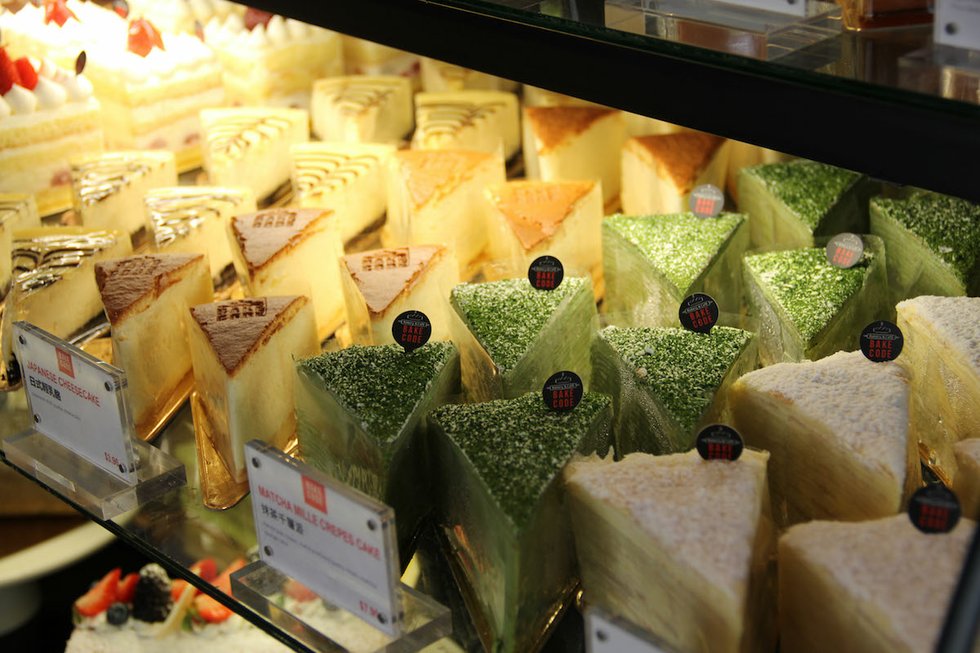 “Finding people in the market who know how to do, not just traditional Asian desserts, but the more trendy stuff happening internationally – there’s no real people trained to do that in this market,” Wong says. “It’s such a highly technical skill set.”

They ended up hiring bakers with broader expertise and flying them to Taiwan for training, as well as bringing instructors over to Canada.

“The number one thing we look for is people with an open mind who want to learn,” he explains. “We train them, because quite honestly, hiring people with decades of experience doing this stuff – that doesn’t exist, especially in Toronto.”

The strategy paid off: Bake Code’s bread and butter is merging Asian flavours and techniques with North American baking styles. Many employees are George Brown grads, so Wong is curious about the new course. “I was thinking – should I drive down there and check it out?” he laughs.

Naturally, not everyone is trying these recipes in order to launch or joining a commercial bakery. The course is designed mainly for enthusiasts.

One thing everyone gets out of it: lots of gleeful sampling.

“The cassava cake is everyone’s favourite recipe,” Bourgeois says. “It’s not super-trendy, but then when they try it, they’re like, ‘This coconut-cheese concoction is delicious!’ And there’s this one in the Thai week – pandan dip, like a pandan custard you eat with little pieces of bread. It looked like green sludge, but everyone was like ‘No, this is amazing.’

“It’s fun to include things people don’t necessarily know about or see very often, and then they taste it and love it.”