NOW MagazineLifeEducationBack to school in Ontario: “Judging parents is futile”

In a roundtable conversation, GTA parents grade teachers on safety measures and discuss how they are coping through the start of a strange school year 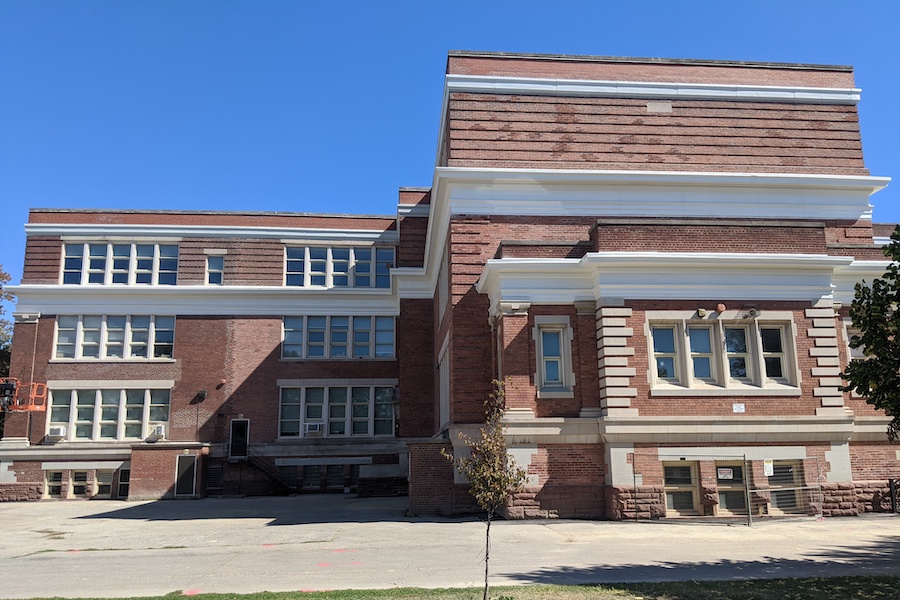 Sending our kids back to school in Ontario brought on a mix of anxiety and relief. Many parents are stressing about the Ontario government’s refusal to reduce class sizes, especially as a second wave is upon us. But those same parents could also be enjoying some calm after having kids at home for six months.

NOW convened a group of parents who decided to skip Google Classroom and send their kids back to school for real. They explain their reasoning, their reactions to the first week of school and how their kids are coping emotionally. They’re trying to keep calm but also staying vigilant for any sign they should yank their kids out.

The parents include: Jenna Dolly, a social worker in public health and part-time therapist, whose son is attending grade three in Durham; TDSB parents Tamara Robbins, who works in marketing, and Tanya Hayles, a freelancer and entrepreneur; a TDSB kindergarten teacher and parent who chose to not be identified for fear of being reprimanded; and Dr. Allan Yee, an internist who works at Markham-Stouffville Hospital, which was ground zero for Ontario’s COVID-19 outbreak.

The following conversation has been condensed and edited for clarity.

Back to school: “Permanent decisions for a temporary situation”

Radheyan Simonpillai: I had no intention of sending my kids back to school for the start. We kept them enrolled so they would have spots. But we planned to call in sick until we felt things were good. But then, the day before their first day, the kids saw that all their friends were going. They begged us to attend. And we realized that if the kids who are in their bubble are attending school, it’s just like they are attending school. Or we cut them off socially. What made ya’ll decide to send your kids?

Teacher: If there’s infections in the school, it’s not because we’re not doing our jobs. The amount of sanitizer, the amount of times I’m wiping the tables and chairs… What am I teaching? It’s like sanitation top to bottom, 20 times a day.

This is the cleanest it’s ever going to be. And this is the safest we’re going to be. You might as well allow them to go in September and October. They’re going to learn the rules and regulations. And then if we got to pull them, we pull them. If they come back after, then they know the guidelines.

Jenna Dolly: I felt, if we started [my son’s] attendance in person, it would be much easier to switch him into a virtual class later, rather than starting in a virtual class and trying to get him in an in-person class. I felt like class sizes would be very tight.

Tanya Hayles: Judging parents is futile. We’re all exhausted and we don’t care about your judgements. All you can do is make the best decision that you think at the time. And that’s not to say I don’t reserve the right to change my mind. Look at last week: The reason they pushed back virtual learning is because enrolment spiked. Ten thousand parents changed their minds. Where as [Rad] made the decision in the opposite direction the day before school.

JD: Just don’t judge people’s decisions. Every family is very different. Our kids are tied to daycare. My son’s daycare is in the school. If I sent him to virtual school, then he could lose his spot in daycare. A lot of us have these temporary work-from-home assignments. But what do we do if we don’t have daycare spots when we get sent back to work? We had to make permanent decisions based on temporary situations.

Allan Yee: My daughter is in grade 12, so it’s an important year. My son is starting high school. I want them to go back for the education and socialization. I think it’s good for them to see their fellow students and teachers once in a while and get some level of normality.

Mental health: “Don’t freak out in front of the kids”

JD: When we were stuck at home, it was really hard trying to manage behaviours; his shifts in mood and things like that. But going back to school, right away, he reverted back to his regular kid self.

If I’m being very honest, a lot of parents needed the break. We needed the break to recuperate from homeschooling, from dealing with managing our kid’s emotions. If you’re kid could mentally handle going back to school, parents are like, “so could I.”

I personally feel like schools are going to close again. If my son gets a month of school, it’s a bit of a recuperation before we fly into lockdown again.

Tamara Robbins: There’s a lot for us to do. We have to stay calm for the kids. They’re going to feel your experience. If you’re losing your mind, super anxious and really showing it to them, they’re going to feel that. It’s about being calm for them and letting them talk about their feelings in a calm way. But also knowing when to step up and fight to get what we need out of the public-school system. Make noise when its necessary, but don’t freak out in front of the kids.

Every school year, there’s back to school jitters. It’s heightened because of COVID. And it’s heightened especially for young kids. For a senior kindergarten kid, they didn’t even have a full year of school.

TH: Part of the reason I sent him back is because he’s already going to be behind. They barely got an education last year. I maintain that they should not have been pushed through. September is a write-off month because they’re just getting to know everybody. Half of December is holidays. February had all the rolling strikes. And then you had March break and then the COVID-19 lockdown. They were barely in school last year. I didn’t want him falling further behind.

Safety: “He’s not allowed to speak during lunch”

RS: My kids were extremely happy to be back. And I agree, if I’m doing this, it’s for the sake of their mental health. But what immediately struck me is how different the rules are for my two kids. My son is in a grade five class with 23 students. He’s not allowed to speak during lunch, so that he can’t spread droplets. That’s not the case for my daughter, who’s in a grade three class of a similar size. There are other rules that are opposite for both, even though they go to the same school.

TH: TDSB requires parents to basically sign off on a health pass saying “no our kids don’t have any COVID-19 symptoms.” I find it interesting that the school board is just trusting parents to sign this paper arbitrarily.

Teacher: It’s just a precaution. It’s one of those red tape things. Someone’s covering their butts somewhere. They’re going to want to look for someone to blame if there’s a positive COVID-19 case at school. It’s just accountability.

TR: I’m hearing mixed things about handwashing. In my son’s grade four class, they’re only using sanitizer. And in my daughter’s kindergarten class there’s a lot of handwashing happening thankfully. It’s a work in progress. There’s things you’re going to figure out along the way.

The kindergarten teacher said today, “if you’re sending a snack in a packet, tear open the corner ahead of time so that its easy for her to open.” The teachers can’t get in there to help her. Those are little things to limit contact. We can all learn that. I appreciate that type of learning as we go.

JD: They have boundaries at recess. My son’s friends are sometimes on the other side. He said “that sucks.” Despite it all he still wants to go to school. He came home with a big smile on his face.

TR: There’s some confusion about the recess cohorts. They’re doing their best to stagger recess and lunch so all the kids aren’t outside at once. But it’s interesting how more than one class has been paired together to create this recess or lunch cohort. People were just wrapping their heads around their kids being with 23 other kids. It’s actually 50. But it’s 50 outside.

AY: Our school is every other day. They go for a half day. Their class sizes are half, so around 15. But I feel if you’re going to expose them for three hours two or three times a week, you might as well expose them the whole day. These are high school kids. They’re pretty responsible in general. We’re keeping an eye on it. If things sound crazy, we’ll certainly pull them out.

TH: My son had 17 kids in his class. I live in Bedford Park. Part of the reason why the class sizes are as small as they are is because there’s so many people in this neighbourhood who can afford these pods, private tutors, moving them to private schools or keeping them at home. I always maintain that we need to look at these lower-income schools to make sure they’re not getting the brunt of all this. Those are the parents who can’t afford this virtual homeschooling anymore.

Teacher: My school got designated as high risk because of our area. The government has done some calculations looking at where the hot spots were and the socioeconomics of the neighbourhood. A lot of the kids at my school come from buildings. Because we’re high risk we got a little extra funding or staff allocations, so our kindergarten classes are maxing out at 15. Up until grade three is still 20. That’s still rare across the TDSB.

Teacher: I have 15 kids. But I’m not allowing a free-for-all. Because in development it’s important to have some socialization, I created sub-cohorts of three or four. They can have some proximity, talk to each other in their masks and share materials.

But other teachers are not doing that. It’s literally kindergartners sitting at a desk and they’re not moving all day, which is extremely concerning to me. That bothers me as a parent and a professional. I’m worried about my daughter. She’s in a desk facing forward all day long.

Back to School covid-19 Education life