The push to put Indigeneity on curriculums has created a hiring boom, but the pool of Indigenous scholars remains small 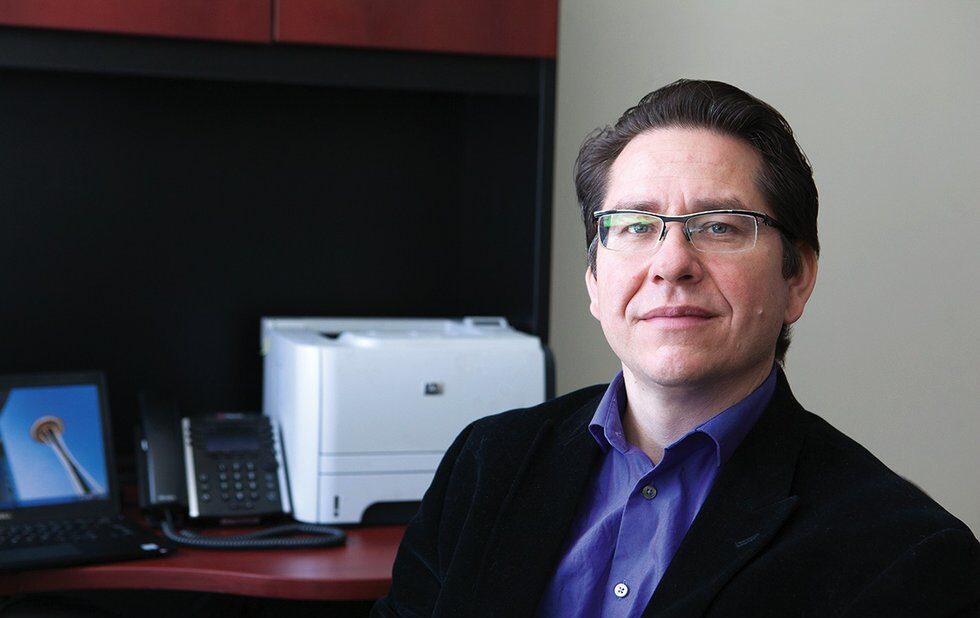 If you’ve been on campus at University of Toronto in the past few years, you’ve probably noticed at every convocation, ground-breaking or building opening, someone reads a land acknowledgement that goes something like this:

“We wish to acknowledge this land on which the University of Toronto operates. For thousands of years it has been the traditional land of the Huron-Wendat, the Seneca and, most recently, the Mississaugas of the Credit River. Today, this meeting place is still the home to many Indigenous people from across Turtle Island and we are grateful to have the opportunity to work on this land.”

Many post-secondary schools across Ontario have their own version of the Statement of Acknowledgement of Traditional Land, but it’s only a part of the wider push to decolonize campuses in the wake of the 2015 Truth and Reconciliation report.

That has created a hiring boom as schools look to hire Indigenous professors and administrators. But the decolonizing process isn’t simple. Instructors still face racism on the job, and the hiring pool is small, meaning this emerging market is competitive.

The Council of Ontario Universities surveyed 20 of its members in 2016 and determined that the majority of universities (85 per cent) were committed to hiring Indigenous faculty and staff and were at various stages of recruiting.

Another study from Universities Canada in 2017 reported more than 70 per cent of Canada’s universities are aiming to add Indigenous representation to its governance or leadership structures.

In 2012, a Canadian Ethnic studies report found that, out of 10 universities in the country, only 0.9 per cent of total university faculty were Indigenous. As for enrolment, there are more than 10,000 Indigenous students enrolled in Ontario colleges.

In 2014, Sheila Cote-Meek wrote Colonized Classrooms: Racism, Trauma And Resistance In Post-Secondary Education. In addition to experiencing racism, she noted that Indigenous instructors are expected represent all things Indigenous, even if something is outside their discipline or culture. Things aren’t that different today.

“Since I’ve published this book, there’s been more talk and awareness of the racism that Indigenous people face on a day-to-day basis on campuses,” says Cote-Meek. “There’s more awareness about residential schools and the impact they’ve had.

“I’m always very hopeful,” she adds. “We’re hearing more Indigenous voices across the country than we have before. But then we have what happened with Colton Boushie. Just when you think we’re three or four steps ahead, all of a sudden you think, we’re not really that far ahead.”

As the associate vice president of academic and Indigenous program at Laurentian University in Sudbury, she has first-hand experience. Some of the Indigenous initiatives she’s worked on include a requirement for all three or four-year bachelor students to have six credits in courses with 50 per cent Indigenous content.

She’s also hired more Indigenous professors across a range of disciplines, but worries there may not be enough candidates to go around as more schools look to follow suit.

“We’re not the only university now that has made the decision to hire more Indigenous scholars,” she says. “What’s important is to think about retention of Indigenous faculty and providing them with the space and supports they need to do well.”

Hamilton-Diabo was not a new face. He had been actively pushing for changeover his 18 years at U of T, which included a stint as director of Aboriginal services at the First Nations House.

In his new role, created through the University of Toronto’s Truth and Reconciliation Commission Steering Committee, he’s looking beyond the campus.

“It’s about supporting faculties, departments and staff as we work on the calls to action recommended in the report,” he says. “A large part is [making] connections with communities – within the university and outside.”

His days are spent in meetings, consulting on how to get more Indigenous voices on U of T campuses, including recruitment strategies for a TRC hiring initiative, whereby the Provost office will match funds for the hiring of 20 Indigenous faculty and 20 Indigenous staff positions.

He’s also working on a strategy for student recruitment in areas that have low Indigenous participation, like science, engineering and math. Hamilton-Diabo says a few positions have already been posted.

“It’s not just about the hiring of an Indigenous person, it’s how will they be incorporated and supported, and the sustainability [of their job],” he says. “The goal isn’t to fill those 40 roles and be done, the goal is to make a community here.”

He agrees that competition is high and he says while there is an emerging pool of people to hire from, “I wouldn’t say it’s a very large pool.”

The lack of qualified applicants has several factors – there are lower numbers of Indigenous people with bachelor’s degrees or higher. Despite being the quickest growing segment of Canada’s population, only 9.8 per cent of Indigenous people in the country have a university degree, compared to 26.5 per cent of non-Aboriginals, according to Statistics Canada’s 2011 National Household Survey, and those degrees are more likely to be trades or college rather than bachelor’s level.

For anyone hoping to apply for these emergent positions, Cote-Meek advises Indigenous people to complete a PhD program, develop a critical scholarship, think about publishing and keep community connections strong.

“When I was hired into the academy in the mid-90s I didn’t have a PhD and that was okay because there weren’t a lot of Indigenous people with PhDs,” she recalls.

OCAD University has a five-year plan rooted in decolonization, which includes a cluster hire for five Indigenous faculty this year. As NOW reported last fall, the school is also integrating Indigenous knowledge in its curriculum, as well as “reframing the canon of art and design.”

“It’s a major change from when there was maybe one position once a year,” says Ryan Rice, OCAD’s chair of Indigenous Visual Culture program. “Indigenous programs and curriculum are becoming critical in terms of forms of decolonization and shifting the paradigm in terms of the greater narrative that education has been taught in.”

A call for hires went out in early December, and the application process is underway. The new staff will begin at OCAD in the fall.

“It reflects back to when women were fighting to get a platform in the institution and targeted hires took place that way, like affirmative action in the U.S.,” he continues. “The doors have been opened at many universities.”