How costume designers are tackling film and TV’s diversity problem

Notoriously hard to break into, Toronto's costume design world is becoming more accessible thanks to a new crop of training programs and workshops 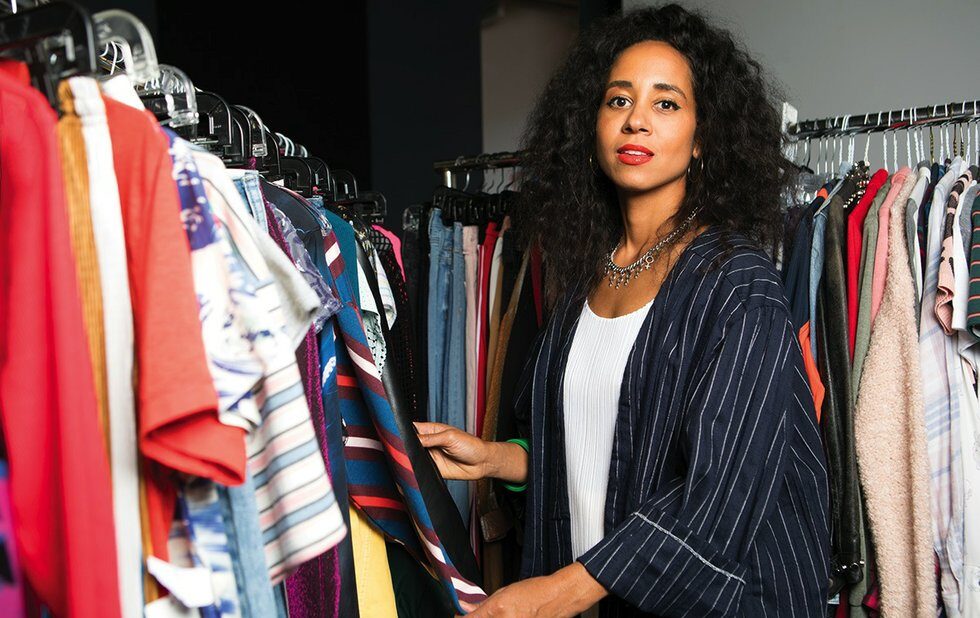 Vanessa Fischer has launched a series of one-day workshops on costume design fundamentals.

Film and television is a notoriously nepotistic industry, where gatekeepers hand out jobs to friends and family who don’t necessarily have experience, skills or talent. The result is an industry that reflects those in charge: mostly male and mostly white.

Toronto-based costume designer and wardrobe stylist Vanessa Fischer is trying to diversify the industry with a new workshop series for people eager to break in. “We noticed on set there’s such a lack of diversity in our field,” says Fischer, who has worked in costume design for 14 years. “But how do you bust through those doors to get that opportunity if you don’t know anyone?”

Organized by Fischer and wardrobe stylist Georgia Groom, the one-day workshops teach the fundamentals of costume design and styling, such as how to organize a project from start to finish, properly purchase and return clothing, stay on budget, set etiquette and what to put in your wardrobe kit, which is a costumer’s toolbox filled with must-have items like steamers, portable sewing machines and safety pins.

For the first workshop, which ran in September, Fischer and Groom teamed up with POV 3rd Street, an organization that helps marginalized Toronto youth break into the media sector. The pair will host another in early December at the Liberty Wardrobe House.

Fischer studied film at the University of Toronto, and learned about costume design while acting in a music video.

“The costume designer dressed me in a beautiful gold dress and [sourced] these rings from New York City,” says Fischer. “I loved how much detail and thought she put into her work. I told her if she ever needed help, please contact me.”

From there, Fischer started styling for music videos and now does short films, TV shows, kids programming and commercials.

One of the most common things you hear from people working in costume arts is they never realized it was a viable career path. In Canada, few universities and colleges offer programs focused specifically on costume design for film and TV. Instead, most people studied fashion or theatre.

The Canadian Alliance of Film and Television Costume Arts and Design (CAFTCAD) is a not-for-profit focused on fostering relationships between aspiring costumers and veterans.

It teaches industry-specific training courses like CAFTCADEMY 101, a two-day seminar led by working professionals that covers all potential jobs in a costume department, from the costume designer and costume supervisor to stitchers (the people who sew costumes) and breakdown artists, who specialize in distressing, dying and aging costumes.

The idea is to circumvent the usual nepotistic channels.

“You’re able to join, meet people and impress with your skills and personality,” says Alex Kavanagh, the president of CAFTCAD.

Kavanagh, who has been a costume designer for 30 years, went to theatre school at Dalhousie University before moving to Toronto in the early 90s. She started off working as the set supervisor on the TV series Due South, before breaking into Hollywood films like Harold & Kumar Go To White Castle and The Vow. She recently worked as the costumer supervisor on Suicide Squad.

“When I started working in Toronto, there was no ethnic diversity at all. There were maybe five or six people who were not white in the union I was in at the time,” says Kavanagh. “I feel like it’s definitely progressed in the last 20 years. A lot of the more senior people who have been around for 30 and 40 years [are retiring] and those openings are being filled by people with skills instead of friends and family.”

Gersha Phillips, the costume designer for Star Trek: Discovery who has also worked on House Of Cards and My Big Fat Greek Wedding 2, has also noticed a boost in diversity.

“When I first started out, seeing anybody who was Black on a film set was wonderful,” says Phillips, who counts Ruth Carter (Black Panther, Malcom X and Selma) as a mentor and Toronto’s Antoinette Messam (SuperFly) as an inspiration. “It’s definitely improved and I think it’s because people in the industry are allowing other people to come through.”

In the aftermath of #OscarsSoWhite and the success of Black Panther and Crazy Rich Asians, the conversation around representation has expanded beyond actors to include the people behind the scenes. There are advantages when you hire a costume designer who reflects the characters, Phillips says.

“There are nuances about character and life that we just get innately because we’ve experienced it.”

She notes how she’s heard from some Black directors that white costume designers don’t always understand the subtle distinctions of dressing a Black character. For example, even if a character is impoverished, they would still dress well for Sunday church. “Even if your clothes are threadbare, you still have your Sunday clothes that you make sure you iron,” she says.

Although the industry needs people from all backgrounds, it’s also important that costume designers don’t get typecast either. “I don’t feel like the only thing you can do is represent your own experience. Designers who are not white, they can do any kind of movie. If you’re a good designer, you’re a good designer,” says Kavanagh.

Phillips agrees: “I have done a lot of Black shows, but I don’t just do Black shows. I do all types. Star Trek has a Black lead, but it’s a sci-fi show. You can get pigeonholed very easily.

“A good costume designer should be able to research [any culture]. Research is the key to what we do.”