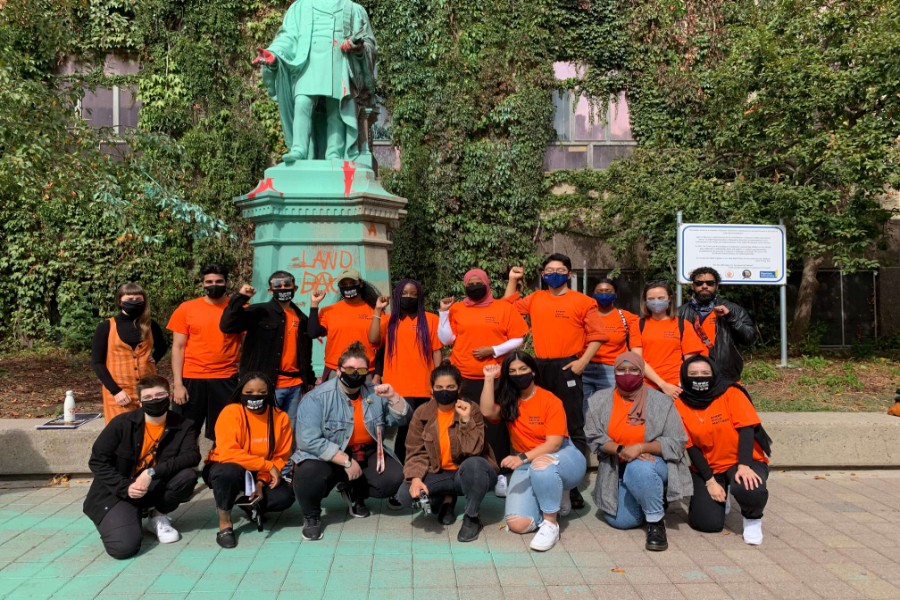 Courtesy of All Out September 30

A collective of Black, Indigenous, racialized and allied post-secondary students from across the GTA are planning a province-wide university strike against anti-Black and anti-Indigenous racism on September 30.

The event, called All Out September 30 (AOS30), has been changed to a virtual strike due to COVID-19. Organizers say the protest is inspired by the growing global movement against anti-Black and anti-Indigenous racism, and is intended to hold administrations and the provincial government accountable for their complicity in racism on campus and generally.

Azinwi Kien is one of the organizers and president of the York Federation of Students. She says many of the organizers have been having conversations about racism on campus with administration for years, and they are tired of the lack of action.

“What we’re asking for is accountability. When we talk about working in an anti-oppressive lens, most of the time that work falls on marginalized students, Indigenous students, Black students to do that work,” she says. “But it is time for our administrators, our universities, our governments to start working in an anti-oppressive lens. The onus needs to stop being on racialized bodies to advocate as to why we should not be oppressed.”

AOS30’s social media pages detail their demands. Organizers are calling for free and accessible education for everyone, including targeted grants and bursaries for Indigenous, Black and racialized students, as well as the recognition and implementation of Orange Shirt Day province-wide. They’re also highlighting the push to defund the police, including removing police from campus.

The organizers are also calling for the statue of Egerton Ryerson to be removed from the university’s campus due to his role in creating and implementing the residential school system. They’re demanding race-based data to be implemented province-wide and a $15 minimum wage, paid sick days, and equal pay for full-time, part-time, contract, and temporary work.

“We’re seeing that some universities are implementing things in classrooms like the land acknowledgements, and that is a good step. But we still see universities like Ryerson, with the Egerton statue that is still up, that is hypocritical. That contradicts the messaging that they put out to be an anti-racist institution,” Kien says.

The one-day event will involve five sessions revolving around some of the demands. The strike begins with an opening ceremony and Orange Shirt Day teach-in led by an Elder, followed by a webinar on defunding the police. They’ll also host afternoon webinars on barriers to education and racism in the classroom, followed by a town hall discussion. Students can RSVP to any of the webinars on the event’s Eventbrite page.

“We have folks that are interested nationwide, and that goes to show that Indigenous, Black, racialized and allied students have had enough,” Kien says. “At this point, we all want action, we all want accountability.”

Pandemic brings Toronto’s legacy of environmental racism into the open