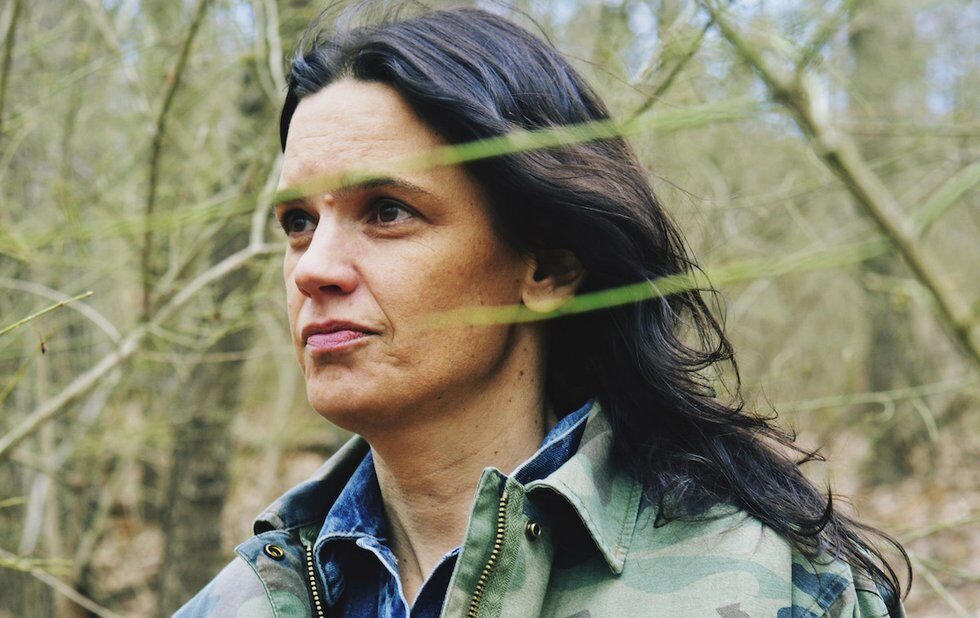 “You don’t want to be ‘the prof with the band,’” Leanne Betasamosake Simpson jokes, bringing to mind an image of a hip professor in a leather jacket handing students flyers for a show as they file out of a lecture hall.

Though it might sound clichéd, integrating performance into her teaching practice is one way the Peterborough-based musician and writer has found to best appeal to students. In fact, reaching across disciplines has been integral to Simpson’s work both as academic and an artist.

In January, Ryerson University appointed Simpson a distinguished visiting professor in the department of sociology.

The Michi Saagiig Nishnaabeg intellectual is known for her work in fostering Indigenous resurgence as a scholar, writer and musician. Her year-long stint at Ryerson will include of a series of community talks and consultations around curriculum issues and Indigeneity.

How Simpson will fit in on campus and how often she’ll be there has yet to be fully determined.

She likens the position to a residency and wants to first listen to Indigenous students’ and faculty’s concerns to see how she can best complement the work they’re already doing.

But based on the talks she’s had so far, primary concerns are a lack of overall Indigenous presence on campus and in the curriculum.

“Indigenous students are interested in being taught by Indigenous professors, in having meaningful Indigenous content in their work, in engaging with Indigenous artists, writers and musicians,” she says. “I think they’re correct in those concerns and those demands.”

Going through the university system in Canada taught Simpson how institutions exclude and undervalue Indigenous knowledge and intelligence, which led to her own interest “in how my own Anishinaabe people think and the world that those thoughts build.”

At her most recent visit to the campus on April 19, she read a selection of short stories from her new book, This Accident Of Being Lost (House Of Anansi) and also gave two emerging writers – a student and an alumni – a chance to showcase their work, a practice she says has roots in Anishinaabe tradition.

Appealing to that tradition while blurring the lines between her scholarly and artistic work is one way Simpson hopes to emphasize how central making and building things are to Anishinaabe intelligence.

That runs counter to the way students are “so often positioned and encouraged to study things but not to actually do them,” she says.

Trying to change a university’s culture and attitude toward the value of Indigenous knowledge will take time – especially at Ryerson, where a statue of Egerton Ryerson, an architect of the residential school system, looms down through the café window during our interview.

But Simpson is also finding ways to challenge the curriculum off-campus. Though she’s taught for 20 years and authored numerous scholarly papers, many Indigenous students come to her work through her art.

Performance is a way to connect with an audience on her own terms, as well as bypass the barriers and stereotypes that many Indigenous writers encounter in publishing and academia.

“It’s very freeing being onstage with a band in a bar or a theatre, because I’m not in a position of power over [the audience],” she says. “We’re connecting in a way that’s meaningful to both of us.”

A great deal of her audience is university-aged – people savvy enough to connect the dots between This Accident Of Being Lost and her second album, f(l)ight (RPM Records). Released last fall, the record is a companion piece to the book, featuring 11 “story-songs” that blend poetry and music over electronic and acoustic sounds.

Both live and on the record, Simpson speaks in a hushed tone. That was a very deliberate decision.

“Anishinaabe people are very quiet, and elders are often speak in soft voices,” she explains. “There’s not a lot of chit-chat, and they will tell stories in a very matter-of-fact and not very performative way. So I wanted to gesture toward that.”

In a live club setting, her voice isn’t overwhelmed. “When you’re quiet, people are quiet back and drawn in,” she says.

The lyrics for f(l)ight are printed in the book as poetry, tethering the two stand-alone projects and forming layers of narratives when combined.

This approach echoes Simpson’s recollections of the Indigenous stories she learned growing up and the ones she later cultivated to teach her two children. She likens this process to a seed that unfolds.

“I really want stories that draw the audience in, where you can insert yourself into the story,” she explains. “You carry it with you and think about it over time.”

In learning these stories, she began writing and contemplating Anishi­naabe aesthetics and how meaning is communicated through stories.

“Within Anishinaabe intelligence, it’s not enough to think about things and talk about things. We actually have to be engaged in building the alternative,” she says.

That realization compelled her to start performing her poetry and writing as a way “to embody those theories, processes and concepts, and use them to transform space and develop relationships.

“The process of colonialism is a feeling of continually being lost,” she adds.

Simpson’s world-building through stories, music, performances and scholarship shows how Indigenous intelligence and creativity can be applied and embraced, especially on campuses that need to build stronger relationships with Indigenous people.

“It’s really difficult to be an Indigenous student at a Canadian university,” she explains. “Anything that I can do to make that experience more meaningful to these students is why I’m still interacting with the academy.”

Leanne Simpson performs at the Drake Underground on April 26, and reads from This Accident Of Being Lost at Innis Town Hall on May 30 as a part of Decolonial Love: An Evening With Leanne Betasamosake Simpson, Gwen Benaway And Gregory Scofield.