Nobel Prize shines a spotlight on the gender gap in science

Canadian physicist Donna Strickland became the third woman to ever win the prestigious honour, leading many to re-examine how we educate young girls 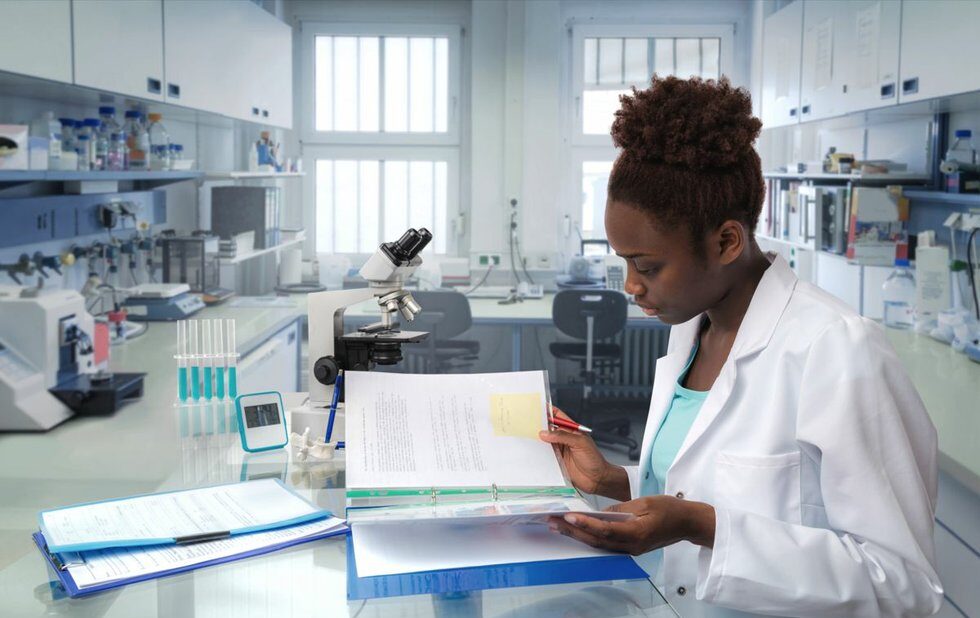 The Nobel Prize in Physics has shone a new spotlight on the lack of women in science.

When Donna Strickland was asked by a reporter how she felt about being the third woman in history to receive the Nobel Prize in physics, she was surprised.

“Really? Is that all?” the associate professor in University of Waterloo’s physics and astronomy department said earlier this month. “I thought there might have been more.”

But the sad reality is, there hasn’t been. Strickland is the third woman after Marie Curie in 1903 and Maria Goeppert-Mayer in 1963. This year, Strickland and French laser physicist Gérard Mourou jointly received the honour by helping pave the way for the shortest and most intense laser pulses created by humankind.

Although Strickland has said she’s always “done what I’ve wanted to do” without thinking too much about her gender, the Nobel Prize win has shone a new spotlight not only on systemic barriers in STEM (science, technology, engineering and math) fields, but on how young girls are educated.

According to a report by the U.S.-based non-profit Information Systems and Audit Control Association, 48 per cent of women say that tech’s lack of female mentors hinder their advancement and 42 per cent point to a lack of women role models.

While that report specifically looked at women in tech, the same can also be said for STEM fields.

The issue of why there aren’t enough women in STEM careers is like the chicken and egg scenario – women are vastly underrepresented in these fields and therefore young women don’t have any role models to look up to. That means this discussion is largely focused on how we educate young girls.

According to a study by the Society of Automotive Engineers, if girls are discouraged from pursuing science and math as young nine and 10 years old, they will never consider a career in those subjects.

Reaching girls at a younger age is something Jane Kearns, a senior adviser of cleantech at Toronto’s MaRS Discovery District, a government-  and privately funded innovation hub, believes the educational system needs to examine how we’re teaching these subjects so we’re reaching girls.

“You can’t do what you can’t see,” she says. “This is the perfect time for Donna Strickland to receive the Nobel Prize. That’s the important piece of this.”

Apart from a lack of role models, sexism also plays a part in driving women from STEM. Kearns said she didn’t experience discrimination because of her gender while studying biology at university. Many of her classmates were female, but there were only 13 per cent female graduates in her son’s mechanical engineering class at University of Waterloo when he graduated seven years ago.

Looking back, Kearns says she was fairly naive. “Twenty years later I think how I was the only woman in the room and it sucks.”

Today, there are organizations working to reach girls earlier on in the education system, such as the non-profit Society for Canadian Women in Science and Technology.

“If you look at university applied science programs, you may find that a large proportion of the females in those programs are international students, which is disproportional to Canada’s immigrant population,” says Victoria Lam, the association’s director of youth engagement. “That must mean that other countries are doing something right to encourage young girls to pursue typically male-dominated fields.”

Kearns modestly attributes her successful foundation and sale of her cleantech company, Clean Energy Development, in 2004 and 2009 respectfully, to the fact that no one else was interested in cleantech venture capital at the time.

“I was doing this weird thing and I don’t think anyone else was looking to do it, so I was given the chance,” she says. “I told one of my professors at business school what I was doing and he said, ‘You’re shitting me. Don’t waste your career on that.’ People thought I was crazy, but I was passionate about it, so I pursued it.”

Like Kearns, Strickland was also motivated by a passion for science. At a press conference following her Nobel Prize win she said, “The world works best if we all do what we’re good at… Did I ever think I should be out there helping humanity? No. I just think if we do what we’re really good at, it helps the world.”

While Kearns was lucky to have the passion and financial backing to fuel her dream, other women in venture capital aren’t so fortunate. According to PitchBook Data, less than five per cent of venture capital funding goes to female ventures.

“If you can’t get companies funded, then we have a really hard time creating role models,” said Kearns.

Fortunately, MaRS is doing something about that. Almost 30 per cent of company founders working at the hub are women, and five per cent of those are in cleantech. To boost numbers in the cleantech field, MaRS launched the Women in Cleantech Challenge in September. The program encourages women from across Canada to apply to the two-and-a-half-year program, where they receive mentorship access to expertise as well as the national services lab through the Natural Research Council.

Out of the 147 women who applied, 10 were chosen to pitch to a panel of judges, including author Margaret Atwood, in order to become one of the five finalists. Kearns said Atwood was “surprisingly technical and inquisitive” about the program. The winner receives a $1 million investment.

Perhaps if there had been a female engineer role model growing up, Kearns might have chosen a different path. Her biggest regret is that she, unlike her son, didn’t pursue her desire to become an engineer. “I was intimidated,” she says. “Looking back I think, ‘Of course we [women] can do it. Of course we’re smart enough.’”

That said, it’s highly unlikely anyone would say Kearns chose an easy path or hasn’t been successful. But we have a way to go before women are valued and recognized for their contributions.