Not all commutes are created equal 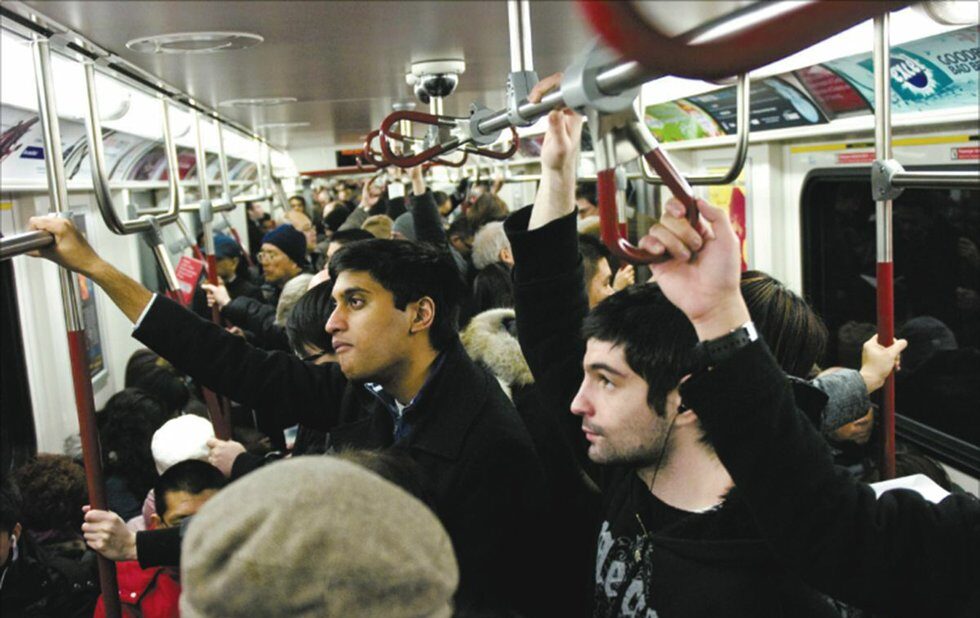 A good job in the city, a big house in the suburbs – it’s the classic suburban dream. A long commute was the price to pay for a salary that could sustain a comfortable life.

But over the past 20 years, that situation has reversed along racial and gender lines.

York University geography professor Valerie Preston and University of Illinois prof Sara McLafferty conducted joint research into commuting times in the New York metropolitan area and found that Black and Hispanic people – particularly women – are living further away from Manhattan and other job centres, enduring lengthier commutes on public transit and earning less than they were 20 years ago.

Meanwhile, white and Asian men and women, the research found, tend to live close to well-paid and secure jobs that have clustered in central and suburban locations.

“The higher your wages, the shorter your commuting time,” explains Preston. “That’s a reversal of what the literature says should be happening, and it’s because of the way we’ve invested in that urban environment.”

Their findings are included in Revisiting Gender, Race And Commuting In New York, a report published in Annals of the American Association of Geographers last year. Although they looked specifically at New York, its authors believe that what happens there is relevant in other urban centres, including Toronto.

Preston and McLafferty revisited research they’d done in the 1990s that found that women in the New York area and the surrounding 24-county region commuted shorter distances than men, and that access to transit was segregated along racial and ethnic lines.

They were hoping to find the situation had improved. Instead, they saw growing income inequality and a continued, but somewhat different, divide.

In 2010, the average commuting time in New York was 34.8 minutes. However, when the researchers looked at race and gender, they found variations.

Average travel times for men ranged from 27.8 minutes for white men to 35.9 minutes for Black men.

Among women, white women made shorter trips to work – 29.1 minutes one way on average – compared with their Hispanic (33.1 minutes), Asian (37.5 minutes) and Black (39.5 minutes) counterparts.

“Manhattan is Manhattan,” says Preston. “But what happens in New York – and we’ll hate to admit it – often does lead in terms of urban planning, urban investment, urban trends. What we saw in New York in the 2000s was a neo-liberal form of planning – planning that facilitated private investment. That tends to favour locations that are already desirable.”

To study commute times by gender and race, Preston and McLafferty examined data for employed persons from the Public Use Microdata Sample (PUMS) of the American Community Survey (ACS) from 2008 to 2012. They compared travel times in the city centre, inner ring and suburbs and looked at impacts of wages, household type and mode of transportation on commuting time in each zone.

Manhattan is the most gentrified part of the metropolitan area, with a network of subways and buses. It’s also the largest employment concentration in New York. Over the past 20 years, New York’s Metropolitan Transit Authority has improved service and opened the long-delayed Second Avenue subway line, though the system is beset with delays and crowding. It transports 5.6 million riders on an average weekday. New York City’s population is 8.5 million.

However, Preston and McLafferty argue that improvements have largely benefited residents in the core, where land values and rents are very high, and have not served minorities who are middle-income or lower-income as well.

“This is an equity concern. People live out in those far-flung neighbourhoods because there’s nowhere else they can afford to live,” says Preston. “What we’re seeing is increasing disparity in earnings related to racial and ethnic background.”

Although there is no comprehensive data on the connection between race and gender and commuting times in Toronto, researchers at the City Institute at York University noted racial differences in the report Next Stop: Equity.

Commissioned by Metrolinx and published last year, the study found that low-income residents travel primarily by bus and have long commute times, while wealthier residents are clustered around amenities including rapid transit.

The researchers interviewed hundreds of transit riders, most of whom were riding the 89 Weston bus, the 41 Keele bus and the 29 bus. “They’re women, they’re women of colour, they’re on the bus, mostly standing, for hours every day,” says Sean Hertel, an urban planner who co-authored the report with Roger Keil and Michael Collens.

While transit planning here is notoriously slow and heavily politicized, Hertel says a short-term measure that would improve transit equity would be to improve bus service and engage the bus riders who are not benefiting from current transit investments.

That means having transit meetings in their neighbourhoods – rather than a lengthy commute away in the core – and advertising those meetings on transit.

“Women of colour with low incomes are spending an inordinate amount of time on the bus. Not only does that take away from productivity, [but] it’s actually quite demeaning,” says Hertel. “They used the word ‘dignity’ many times because the drivers are rude, the buses are in bad shape and there’s garbage washing up and down the aisles over their feet every time the bus stops and starts. They feel less than human.”

Improving north-south service via projects like the proposed Downtown Relief Line is still important, but to improve racial and gender equity in the long term, transit planners need to recognize that low-income riders are increasingly travelling east-west along the Highway 401 axis: from Scarborough to Pearson International Airport, the employment and warehouse districts in Brampton, south to corporate centres in Mississauga and on to Burlington and Hamilton.

“What I would like to see is a commitment that for every kilometre (of transportation infrastructure) that is built downtown, an equivalent kilometre would be built in the far-flung parts of the metropolitan area,” says Preston, “to begin to serve those populations that have the lowest incomes and are much more likely to be racialized minorities and are much more likely to be newcomers.”