NOW MagazineLifeEducationOntario schools reopen: “The first week was a disaster, but it’s a lot better now” 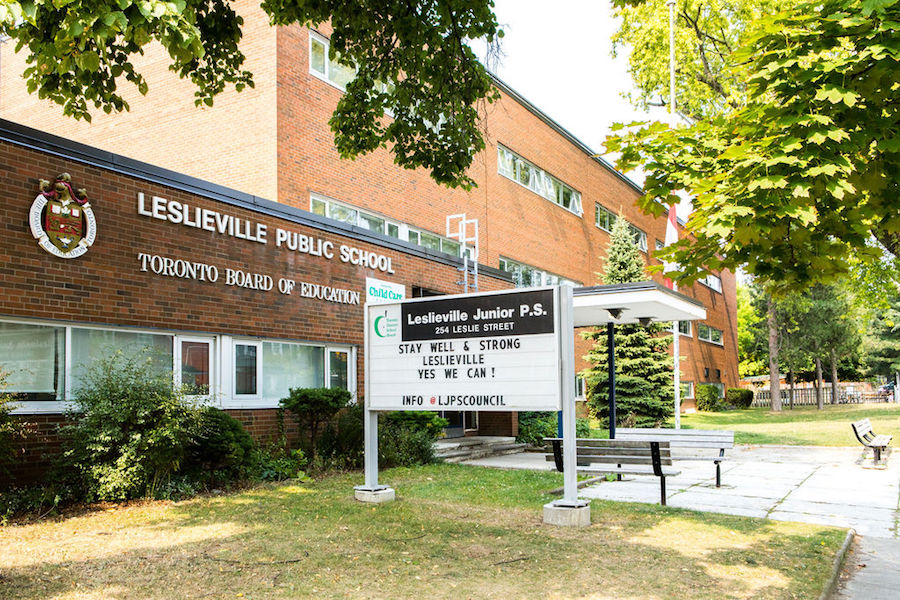 Ontario schools are open, with kids going to class in a new world of masks and social distancing designed to mitigate the spread of COVID-19. Some parents and educators were concerned that the province was rushing back without a clear plan, or the financial support for schools that would allow smaller class sizes to further reduce the risk of exposure.

I looked at that in an episode of the NOW What podcast at the beginning of September. And NOW culture editor Radheyan Simonpillai subsequently assembled a panel of parents and teachers to discuss their expectations – and reservations – about the reopening of classrooms.

In the latest episode of the NOW What podcast, we look at how things are going currently. Rad offers his own experiences as a parent alongside chiropractor Emily Howell, whose children attend the same school as Rad’s.

As discussed in the episode, the decision to let the kids go back to school was based on a calculation of mental health versus physical risk.

Rad and his wife had initially decided to keep their children at home until they realized that meant removing them from their friends, who’d have to be excluded from their social bubble.

“It’s the same issue for us,” Howell says. “It’s social, right? [Improving] the social and emotional well-being of our kids, just to be back with their friends. And we basically said we’re going to give it a shot and see what happens, and if it’s a disaster, we can always pull them [out]. I did home schooling for them before, so it was an option. But I think for the social part, they needed to be back with their friends. It was really important for them to be not with us all day, as well. I think all of us are benefiting from it, in terms of the whole family.”

In practical terms, the Ontario school reopenings have been a bit messy. Parents aren’t allowed on school property, so kids have to be dropped off at the curb. That may have allowed for better social distancing within school grounds, but resulted in crowding at the drop points.

“The first week was a disaster, but it’s a lot better now,” Howell reports. “My kids are older, so I can drop them off at the fence and the older one makes sure the younger one gets in – but they’re older. For my neighbours who have kindergartners – these poor little four year olds, they don’t even know where anything is [yet]. So I think that is a bit difficult.”