Doug Ford may have scrapped the progressive sex-ed curriculum, but activists are creating resources for teachers and parents 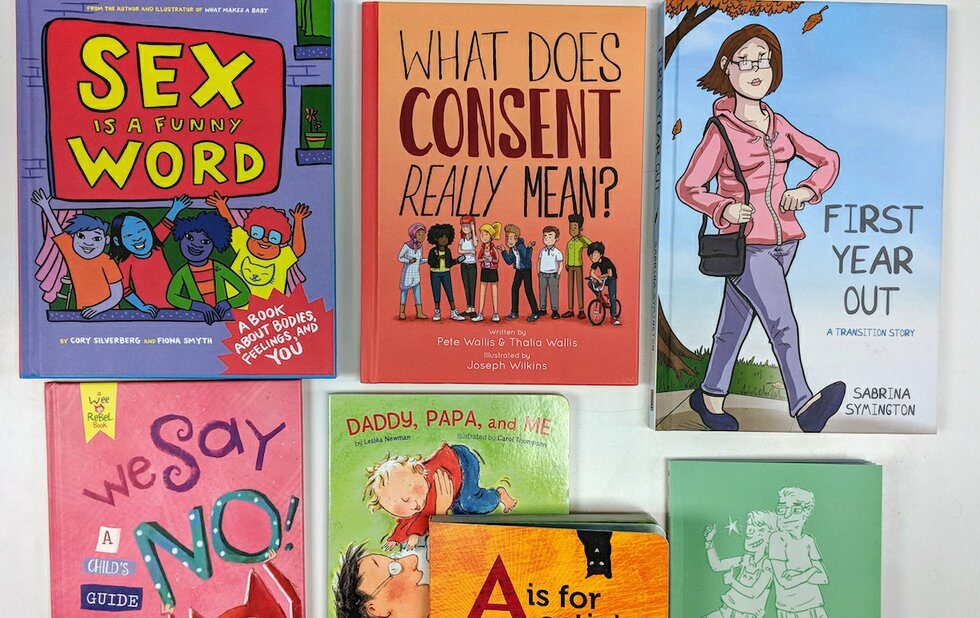 In the weeks leading up to the start of a new school year, teachers are grappling with how to address gaps in the curriculum that have been introduced by Premier Doug Ford’s backward-looking government.

Earlier this month, the Ministry of Education cancelled the Truth and Reconciliation Commission curriculum writing session two days before it was set to take place. A few days later, the Conservative government kept its campaign promise to remove the 2015 Health and Physical Education curriculum and replace it with a curriculum written in 1998 until they are able to do further consultation to write a new one.

Though schools are getting stuck with an old curriculum, it’s the same set of guidelines Ontario teachers had been working with for nearly two decades before the 2015 update. Ontario’s Education Minister, Lisa Thompson, jumped on this technicality earlier this week when she clarified that the Conservative government has only rolled the sex-education curriculum back to 2014, not 1998. Teachers knew this, but it’s hardly comforting.

Look around, though, and you’ll find citizens doing their part to help teachers with their current plight. Here are four ways teachers and parents can supplement their sex-ed knowledge:

Discussion of consent was one big improvement in the 2015 curriculum update. Since 2013, the Toronto-based organization Bad Subject has been delivering consent workshops that cover content such as sexting, knowing and communicating boundaries, non-verbal cues and how to accept rejection. The workshops are taught by youth facilitators who are mostly queer people of colour, and who draw on their experience as survivors, or working with survivors, to both teach their peers and show teachers how to be effective allies.

“The strongest part of our initiative is that we are open to being real with youth about what they are actually going through,” says Kaleigh McGregor, Bad Subject’s project coordinator. “We answer their questions honestly, accurately and without judgment.”

Though the group didn’t form as a reaction to the curriculum change, they are responding to the rollback by reaching out to teachers to see not only how they can help fill the gaps in health and physical education, but how to integrate consent culture into other subjects, such as English and Social Studies.

Pick up a sex-ed zine

Sheila Sampath is a local activist, educator and the founder of Toronto’s progressive design studio The Public. In direct response to the rollback, she put out a call for volunteers to help create a collaborative series of age-appropriate sex-education zines.

Trying not to overtax activists – who she feels will be really busy over the next four years – Sampath plans to make the zines during relaxed monthly potlucks “where we review the curriculum together, and engage in zine-making activities to make the content accessible to diverse communities,” says Sampath. “This can include working in languages that aren’t English, writing activities that youth can do on their own, with their peers or with adults they trust, and sourcing diverse, culturally competent resources across the province to advocate for more.”

Through her design studio and Shameless magazine (where she is the editorial and art director), Sampath also offers popular education workshops to help organizations and groups create their own media and start discussions around topics like feminist media literacy, anti-racism and activism.

Planned Parenthood Toronto’s Teens Educating and Confronting Homophobia (T.E.A.C.H.) program trains youth, ages 16 to 25, to be peer educators and to run anti-homophobia workshops in classrooms. Though not specifically a response to the curriculum change (the program has been running for over 24 years), the project is important because youth continue to experience homophobic, biphobic and transphobic violence in schools, says T.E.A.C.H. coordinator David Udayasekaran.

“[Homophobia in schools] isn’t something that is either new or is really going away anytime soon,” says Udayasekaran. “We want to be able to educate people on what is happening, why it happens and what you can do to challenge people within your environment.”

Local bookstores are stepping up, too. In support of teachers, educators and parents, Another Story Book Shop has created a display of books on sexual health, understanding our bodies and gender identity (as well as a display of Indigenous works in response to the TRC curriculum writing cut).

Sister comic shops The Beguiling and its children’s store, Little Island Comics, also created displays of resources and, for the month of July, are donating 25 per cent of proceeds from sales of books on those displays to LGBT Youth Line, a hotline that provides peer support for LGBTTQQ2SI youth across Ontario.

“We are a feminist, queer- and trans-positive bookstore and we’re doing this work all the time,” says Little Island manager Andrew Woodrow-Butcher, who also runs The Beguiling Library Services, a department of the store that puts comics into libraries and classrooms. “We have always been on top of the resources in this curriculum area, and we’ve always been putting them in front of people. What we’re trying to do is hold the line and say, ‘These are still essential resources. They still exist, you can still get them, you can still use them. Please do.’”

Libra: Have you been saving any of your tricks for later? If so, later has arrived.