Since Toronto is a growing city with a (usually) efficient and connected transit system, many university and college students who. 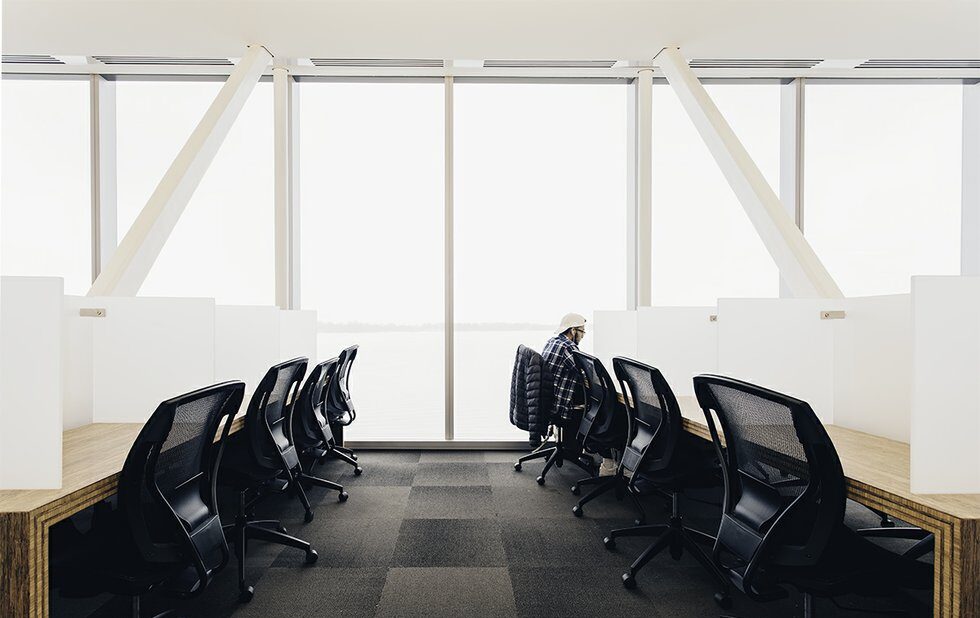 Since Toronto is a growing city with a (usually) efficient and connected transit system, many university and college students who live in or around the GTA commute to avoid residence or rent costs.

A big issue for commuting students is finding enough space to study on campus. Even if you just want to get out of your dorm or shared apartment, it can be hard to find somewhere to go in busy periods that doesnt require buying a coffee.

According to the Ministry of Finance projections, three million people are expected to come into the GTA in the next 25 years. Many universities and colleges have seen increases in enrolment, especially of international students. Last year, many Canadian universities reported a jump of 25 per cent or more in admissions from students abroad. Some schools have responded to overpopulation issues, like the implementation of Ryersons Student Learning Centre and Yorks new Student Centre, but is it enough?

If you are still deciding where to enroll next year, here are how four universities and four colleges in Toronto stack up in terms of how much space there is to study on (and off) campus.

Located in the heart of downtown, Ryerson has a growing population that currently sits at around 38,000 undergraduate students. In 2015, the Student Learning Centre (recently renamed the Sheldon and Tracy Levy Learning Centre) was added, accounting for 2,300 more study spaces. The 155-square-foot building is often still packed and only certain floors are dedicated to studying while many are meant for relaxing. Ryerson has one library building, as well, but many students can be found with textbooks and laptops at nearby cafes like Balzacs and Page One. Other campus buildings like the Rogers Communication Centre and even Mattamy Athletic Centre double as study spaces during busy periods. ryerson.ca

U of T is home to 44 libraries across three campuses. With around 88,000 students, the amount of space is necessary. According to the Globe and Mails Canadian University Report with data from the Canadian Association of University Business Officers the school spends more than 50 per cent more than the national average on library resources. Many of the libraries stay open all night, including Robarts (129,000 square feet). It is undergoing an expansion and will be adding 1,200 new work and study spaces to the existing library. utoronto.ca

York is located in North York, meaning it needs a lot of on-campus space for commuter students to study. In September, York opened a new student centre thats 126,000 square feet. The building was a response to Yorks rapidly increasing student population and includes a prayer room, meeting room, lounges and study spaces. In addition, York has a total of seven libraries across two campuses as well as alternative study spaces on campus like cafes and green space outside. York also scored above average on the Globe and Mails Canadian University Report, spending more than 50 per cent than the national average on library resources. yorku.ca

Ontarios only designated arts university located right beside the Art Gallery of Ontario is in an ideal location, but notorious for its lack of study space. Currently, OCADs library has a seating capacity of 231 for a school of about 6,000 students. OCAD is currently undergoing an expansion project and by 2020, is projected to have 50,000 more square feet of resources including more study spaces and artist studios. In the meantime, there are many cafes to study in nearby like Art Square and Jimmys Coffee, as well as the scenic Grange Park in warmer months. ocadu.ca

George Brown has three campuses across the city, each with library learning commons that include independent and group study rooms. The waterfront campus is located right by Sugar Beach, so if the library is full and the weathers nice, theres plenty of outdoor seating by the water. A new spacious Starbucks just opened nearby as well as various other cafes. If you want to get out of the library at the Casa Loma campus, theres lots of green and garden space. In addition to the St. James campuss library, they also have the design building, which houses a lot of study space. georgebrown.ca

In 2015, the Humber College North campus finished building the new Learning Resource Commons Project. At 260,000 square feet, it has space for more than 2,2000 students and includes a new library with group and independent study spaces as well as an atrium where students can hang out. It is also has a green roof. Humbers Lakeshore campus, located in Etobicoke, has a commons building with open areas, group workspaces and a computer lab. Its also situated right on Lake Ontario and has plenty of outdoor seating and areas that make for serene readings spots if you head down some of the walking trails. humber.ca

Seneca has four main campuses, three of which are Toronto. The King campus has various labs where specific disciplines can study in addition to its library, and a greenhouse building that makes a nice backdrop when studying in warmer months. The Jane campus doesnt have a specified library, but has various labs and classroom spaces suitable for working. The Newnham Campus located at Finch is one of the largest campuses. Besides various labs for majors, it has a large commons area where students can use the computers. The college also has an Indigenous-specific study space. senecacollege.ca

Centennial College has five campuses, each with libraries as well as alternative study spaces. The Ashtonbee library is an award-winning library that added 40,000 square feet in 2014. In addition, the campus buildings mezzanine level has lots of quiet study spots as well as a computer lab. The Student Association building at the Progress Campus is an alternative to the library with lots of study space. The Morningside Campus has a spacious commons area besides the library to study. The Story Arts Centre is the smaller of the campuses, but still has a roomy library. Centennial is also adding a new campus at Downsview in 2019. centennialcollege.ca