NOW MagazineLifeEducationThe movement to revive the Mohawk language is growing

The movement to revive the Mohawk language is growing 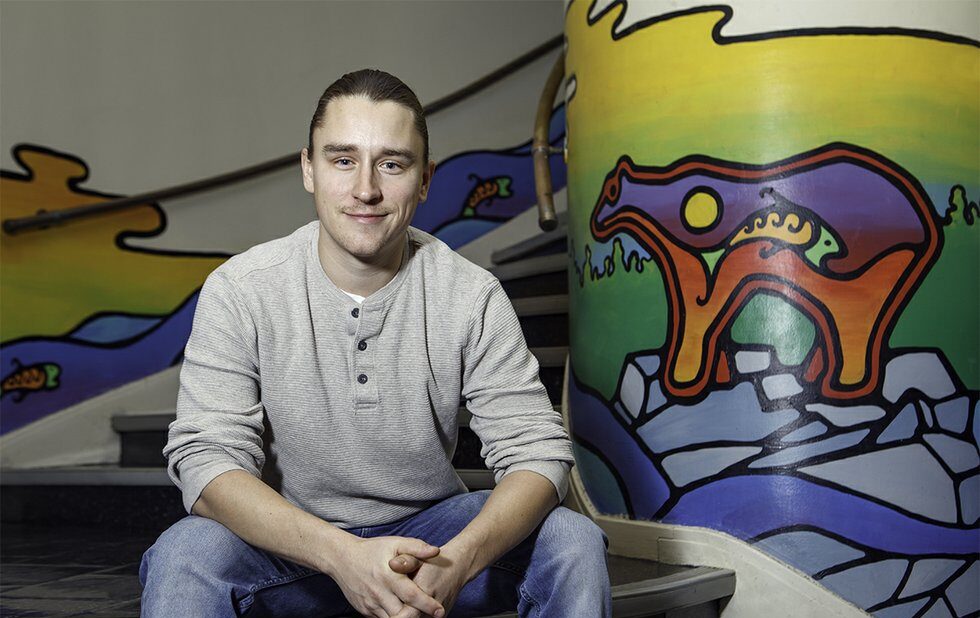 Post-secondary schools are joining the movement to revive Mohawk, a threatened Iroquoian language spoken by only about 1,000 people in North America.

The dwindling numbers of speakers – due to colonization and residential schools, where Indigenous people were punished for speaking their native tongues – means the bulk of speakers are older.

It also isn’t easy to learn. It’s a polysynthetic language, and many English words can be expressed in just one Mohawk word.

But a new generation of Indigenous and non-Indigenous Canadians are starting to learn Mohawk via university courses and a smartphone app.

This fall, the University of Waterloo launched its first Indigenous language class. An introduction to Kanien’kéha (Mohawk language) is offered through Renison University College’s Culture and Language Studies department in collaboration with the Waterloo Aboriginal Education Centre. The course is open to all students in any faculty or discipline.

A Mohawk language course seemed like “the right thing to do,” says Renison’s academic dean Kofi Campbell, who adds that the offering is part of the administration’s response to the Truth And Reconciliation’s recommendations, which included a commitment to protect Indigenous languages.

“The day we announced the course, we immediately got phone calls, emails and texts about it,” says Campbell. “The second day it was available for people to register, it was full except for two spaces.”

The inaugural course has 15 students, evenly split between Indigenous and non-Indigenous students. It’s popular enough that Renison will offer a second-level course in the spring 2018 semester in addition to bringing back the introductory one.

Meanwhile, the University of Toronto has offered a Mohawk language course for the past two years. Taught by Ryan DeCaire, assistant professor at the University of Toronto’s Centre for Indigenous Studies and the department of linguistics, the course grew out of an internal push to put more Indigenous language content on the curriculum – specifically Haudenosaunee languages, the group of nations that includes Mohawk, Oneida, Onondaga, Cayuga and Seneca.

The first year Mohawk was offered, 12 students enrolled. That number nearly doubled this year, with 21 students. About 10 per cent of students are Indigenous, says DeCaire. The second-year class has six students enrolled.

According to 2016 census data, there are 2,350 Mohawk speakers in Canada – 66.6 per cent of whom reside in Ontario and 28.9 per cent in Quebec. (Of the more than 70 Indigenous languages spoken across Canada, Cree, Ojibway and Oji-Cree have the most speakers.)

But DeCaire – who hasn’t analyzed the data – suspects the number of fluent Mohawk speakers is lower. Although the census includes the number of First Nations people who can conduct a conversation in an Aboriginal language (207,755 – or 21.3 per cent of the First Nations population), that data is not presented in a way that shows the level speaking proficiency.

“Individuals with basic language knowledge who can exchange greetings and pleasantries may often declare they are speakers or can conduct a conversation when they are actually unable to engage in fluent speech,” he explains, adding that a person’s attitudes toward their culture may sway how they describe their language abilities.

“[They] may purposely declare they have a higher speaking ability to emphasize belonging to an ethnolinguistic group,” DeCaire explains. “This is likely to happen in Aboriginal language estimates, including Mohawk, as language is integral to identity.”

In addition, even if Mohawk is a person’s stated mother tongue that doesn’t mean they still speak it. They may have lost the ability to conduct a conversation due to time spent in residential or day schools, or from living away from their community.

“We’re in a situation where the intergenerational transmission has been broken,” he says.

DeCaire, who is from the Wáhta Mohawk Territory and commutes to Toronto, believes it’s important to teach the language both on the reserve and in the city.

Last June, non-Indigenous Quebec MP Marc Miller made a statement in Parliament in Mohawk in what is believed to be the first time an Indigenous language was spoken officially in the House of Commons since Confederation. He has been learning it via a Six Nations program.

In addition to teaching Mohawk language and culture at U of T, DeCaire has lent his translation services to Speak Mohawk, a language-teaching app developed by Thornton Media and released in mid-November by Six Nations Polytechnic (SNP), a post-secondary institution on the reserve between Hamilton and Brantford.

The app has more than 500 words and phrases and has been downloaded 2,650 times for Apple devices and 1,510 times for Android devices.

Alyssa M. General, the speaker heard on the app, has seen it used in educational settings, including SNP.

“It’s vital to get younger speakers to see the value in our language,” she explains. “No matter what nation you come from, it’s important and vital to learn it now because so much of our culture and our ceremonies are tied to the language.”

DeCaire doesn’t think the app will create full-fledged speakers on its own but hopes it raises awareness among those who can’t take the classes, making it a vital piece in the movement to revive Mohawk.

“Although the situation is pretty dire – some people call me pessimistic – I’m very realistic that we need a lot more resources and best practices in our endeavours,” he says. “Once the language is gone, it’s very hard to bring it back to what it once was.”