The opioid crisis is a taboo topic on Toronto campuses 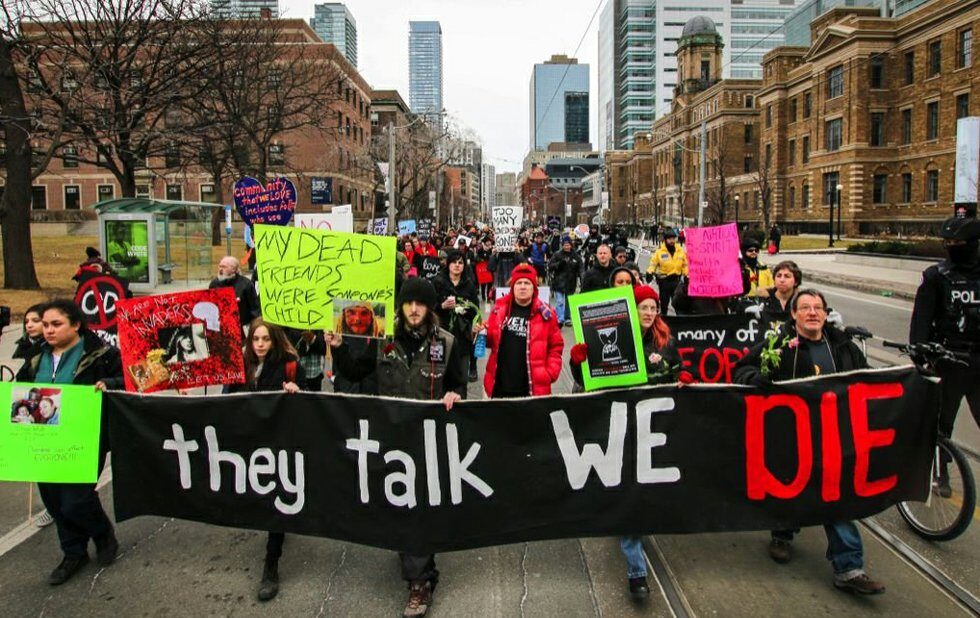 Ontarians are dying in record numbers from opioid overdoses, but most Toronto post-secondary schools have yet to respond to the health crisis.

But out of eight Toronto schools NOW contacted, only two confirmed they are stocking the drug as part of wider harm reduction strategies. Spokespeople for the other six either said the schools are still seeking advice or did not comment.

The coroner’s office reported that accidental overdose deaths in Toronto increased from 135 in 2015 to 179 in 2016.

So why aren’t schools mobilizing more quickly to raise awareness about the powerful drug fentanyl, which can be hidden in illicit drugs such as heroin, oxycodone, crystal meth and cocaine?

The topic is still highly taboo.

“They’re hesitant because they need to acknowledge that [drugs] are part of college culture,” says Dr. Benedikt Fischer, a senior scientist with the Institute for Mental Health Policy Research at the Centre for Addiction and Mental Health (CAMH), and professor at the University of Toronto. “These are undesirable behaviours that these institutions don’t want to acknowledge. They’re illegal, so there are liability issues there.”

There is no comprehensive study into drug use in the province’s post-secondary schools, but Fischer says these institutions are where a lot of drugs are used, and thus administrators should be more prepared for overdoses.

“We know there’s a lot of opioid use in these settings,” he adds. “Naloxone is like a first aid kit in the same way that these institutions have first aid kits or EpiPens, it would make sense to have naloxone in place for prevention.”

When NOW reached out to local schools for comment, very few opted to even put a representative on the phone.

A spokesperson from George Brown College said school officials are investigating the possibility of having naloxone kits on campus, and that a review of the overdose issue will take place before the end of October.

Seneca College is waiting for advice from the Ontario University & College Health Association, while Centennial College’s manager of life safety and security services, Ron White, told me the school is “investigating the need, options and the liabilities of have such kits available, versus not having them. Our current protocol is to call 911 for an EMS response.”

A University of Toronto spokesperson said dons (fellows or tutors) are trained in standard first aid and CPR Level C, and are instructed to call 911 and campus police if they suspect an overdose.

A rep for Ryerson University said the school is still in the exploratory and discussion stages. Humber College declined to comment.

York University is one of two schools with comprehensive harm reduction plans. Its security services and community safety department were trained by Toronto Public Health and an external first aid training provider to administer naloxone. Additionally, EMS would be contacted in the event of an overdose, as per health emergency protocol.

“We are also holding education sessions on raising awareness of opioids and preventing their use to help address the crisis,” said Janice Walls, the school’s deputy spokesperson. “That being said, little evidence of an opioid issue has been detected by the Community Safety Department on our campuses to date.”

OCAD University also has a preventative plan for opioid overdoses that includes stocking naloxone kits that the school nurse and physician are trained to administer.

“Because we don’t have a student residence, the likelihood of someone coming in during business hours at the [clinic] presenting with an overdose is smaller than at other institutions,” a rep said.

The art and design school’s emphasis is on awareness, providing information on accessing naloxone off campus and providing resources for at-risk students after hours. The school clinic also gave handouts to students at orientation and will continue to distribute them at campus events throughout the year. 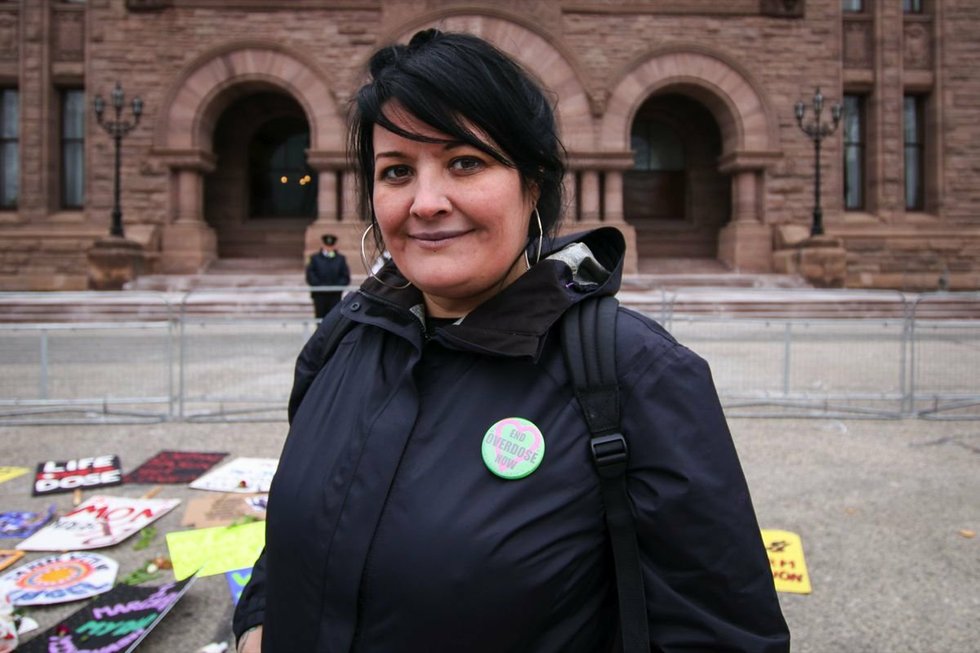 One of the most vocal critics of the government’s slow response to the crisis also happens to be a York University student.

Zoe Dodd, a harm reduction worker on the front lines at the safe-injection pop-up site in Moss Park and a member of the Toronto Harm Reduction Alliance. She had no idea York had a harm reduction plan in place, and suggests that when staff is trained in administering naloxone, a safety bulletin should be sent to students advising them which staff to contact in an overdose emergency.

“We don’t know the demographic data of people who have overdosed,” she explains. “We don’t know ages, ethnicities or what part of the province they came from. But when people are sharing stories of loved ones dying, some of those are young people, they’re students, and they’re enrolled in university and college. We shouldn’t be naive and pretend that drug users aren’t across the spectrum.”

School culture needs to be more open when it comes to talking about drug use. Dodd notes that York has awareness campaigns for mental health, but not substance use.

“We try to pretend that drug use, and especially the overdose crisis, only affects marginalized people – but it also affects students,” she says.

Dodd also suggests that schools could distribute naloxone kits discreetly on campus while fostering open discussions about drug use, which would send a message that schools aren’t ignoring the health and well-being of young people in the institution.

Some students are taking matters into their own hands.

The Ryerson Student Union chose to implement their own harm reduction plan – including training equity service staff to use naloxone kits – when the school didn’t move quickly enough.

“Institutional culture is an enabling environment,” says CAMH’s Fischer. “Educational culture pushes some students in these directions on the performance-enhancing side, but also the recreational side in residences and parties. [Schools] need to recognize those dynamics a lot more actively and take them on.”

Correction: October 27, 2017 An earlier version of this article incorrectly quoted harm reduction worker Zoe Dodd as saying “drug abuse” rather than “drug use.” This version has been updated.