As college and university administrators ponder the federal legislation's implications, students are pushing for cannabis education and medical marijuana coverage 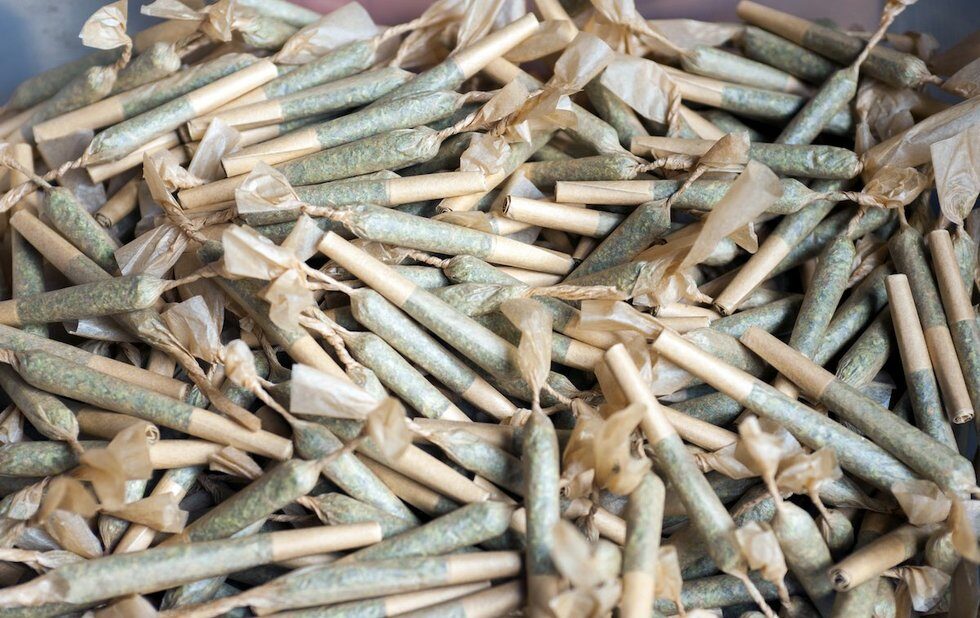 This past spring, the Liberals introduced legislation to legalize marijuana for recreational use.

It was welcome news for many university and college students, since Statistics Canada found that 33 per cent of 18-to-24-year-olds used marijuana in 2012.

Most universities and colleges aren’t commenting on how legalization of recreational pot use next July might impact campuses. Administrators are still thinking about it, but student groups already have their own ideas.

Spokespeople for Ryerson University say that conversations are “ongoing,” while the University of Toronto has convened a working group to consider the issue.

In a statement, Meg Houghton, Humber College’s Director of Student Access, Wellness and Development, says that administrators are starting to prepare for the implications of legalization on campus, particularly as it pertains to student health.

Looking to other jurisdictions for precedents is not entirely helpful in predicting how legalization will play out on Toronto’s campuses.

Although legalization in Colorado and Oregon posed similar concerns for administrators, the situation at American schools is different. Colorado and Oregon made 21 the legal age of consent for pot. Consequently, most students are too young to use marijuana legally. Even for those 21 and over, marijuana remains illegal under U.S. federal law and concerns over federal funding have led universities to continue prohibiting its use on campus.

“The bottom line is, for the federal government, marijuana is still illegal, so that trumps state law because we get federal funding,” Erin Foley, dean of students at the Oregon Institute of Technology said.

Spokespeople for the University of Colorado Boulder, one of the state’s largest public universities, stress that legalization hasn’t affected their policies, which prohibit the use, possession and distribution of marijuana, including medical marijuana. The University of Amsterdam, the largest university in the Netherlands, also prohibits marijuana use on its campuses.

Ontario has begun surveying the public on its pot strategy, though premier Kathleen Wynne has said the province’s age of majority for marijuana will likely be 19 – same as booze.

As Canadian administrators and politicians ponder the issue, activists associated with the group Canadian Students for Sensible Drug Policy (CSSDP) hope officials will take students’ views into consideration. CSSDP is a grassroots organization working to promote positive drug policies, particularly as they pertain to youth.

Last September, CSSDP worked with a task force on marijuana legalization at a roundtable entitled, Youth Speak: Cannabis Legalization in the 21st Century.

Recommendations included the creation of cannabis education that considers youth input, permitting home cultivation of cannabis and prohibiting cannabis distribution alongside alcohol, which experts maintain can exacerbate public health concerns. The CSSDP is also working with Canadians for Fair Access to Medical Marijuana to help students get medical cannabis coverage through their student health programs.

While cannabis is still prohibited on campuses, there has been some accommodation for medical marijuana usage, which is already legal in Ontario.

Since 2001, U of T’s Trinity College included a room for a (now retired) professor of philosophy to medicate in. However, such accommodation isn’t common on most campuses.

Jenna Valleriani, a strategic advisor for CSSDP, says that, in addition to accommodating students’ medical marijuana use, schools must develop “clear policies and procedures surrounding cannabis use in place before legalization” that recognize “like alcohol use, young people will likely still use cannabis – both on campus and off of it – regardless of the rules.

“Any type of repercussions should be similar or equivalent in severity to how they approach alcohol use, rather than an illicit drug,” she adds.

Introducing courses that cater to Canada’s booming cannabis industry might be the most surprising – and least considered – way that legalization can reshape marijuana’s role on campuses.

Heather D’Alessio, an Algonquin College student and a member of the CSSDP’s board of directors who has done projects on business management and entrepreneurship in the cannabis industry, sees schools as an incubator for an emerging sector.

“One of the biggest things for legalization is that it’s going to create a lot of jobs and we want people to be trained,” she says.

Some of these courses already exist. Valleriani teaches a popular sociology course at U of T on marijuana policy.

In 2015, British Columbia’s Kwantlen Polytechnic University launched online courses to train students for work in the medical marijuana industry. So far, they don’t have plans to address recreational use.

But Valleriani is seeing more and more schools recognize the need to train people for the cannabis industry.

“People are recognizing that their skills are needed and valued in the industry, like lawyers, marketing, social media, etc,” she says. “I’m seeing more of this in the sciences, for sure, and more people are entering the industry with a variety of different skills.”

But for some students, the burning question remains: can I toke up at school? The jury is still out.

D’Alessio hopes that students will be able to partake on campus – perhaps even in an officially sanctioned vape lounge.

In the meantime, she says “an open mind and healthy discussion” will ultimately help universities and colleges navigate any challenges that legalization might bring.

“While it’s fair to be concerned about the challenges, [administrators] need to be excited about the opportunities and merits that are gonna come out of legalization in benefit of students,” she says.