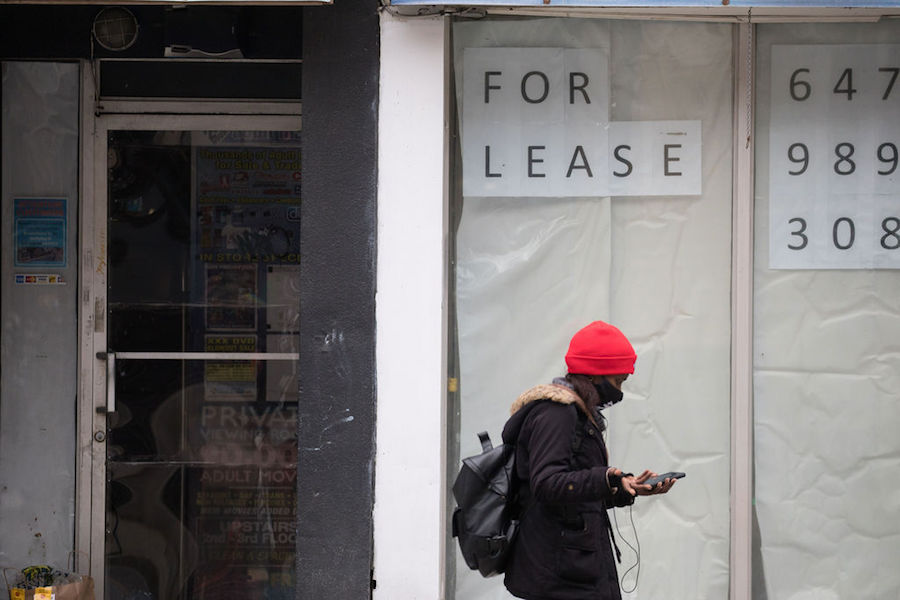 The bank slashed its key rate to the lowest level of 0.25 per cent in late March to contain the economic fallout from the COVID-19 pandemic. This benchmark rate will hold steady over the next two years.

In a statement on Wednesday, October 28, the Bank of Canada said that as the economy recovers, it will “continue to require extraordinary monetary policy support.”

“The Governing Council will hold the policy interest rate at the effective lower bound until economic slack is absorbed so that the two per cent inflation target is sustainably achieved,” the bank announced.

“In our current projection, this does not happen until into 2023,” the central bank continued.

The Bank released an economic update in July but has since gained a clearer picture of how the Canadian and global economies are weathering the pandemic.

It projects the economy will be operating below potential until 2023.

The Canadian economy rebounded stronger than expected from the spring lockdown. But the Bank warned that growth is expected to slow over the winter months due to rising COVID-19 case numbers.

Lower-income Canadians are being hit particularly hard by the pandemic’s financial fallout.

“The economic effects of the pandemic are highly uneven across sectors and are particularly affecting low-income workers,” the Bank said. “Recognizing these challenges, governments have extended and modified business and income support programs.”

“To put that in perspective, peak job losses in the Great Recession a little more than a decade ago were about 425,000,” he said in a statement.

He added that job losses are currently concentrated in lower-wage service sector jobs where physical distancing is difficult.

“This is why the income support programs put in place have been so important for the recovery,” Macklem said. “They have protected the most vulnerable and supported household spending, which has helped to underpin the recovery in consumption.

“Housing activity also rebounded sharply in the third quarter as sales made up ground that was lost in the containment phase,” he added.

By the end of the year, the Bank expects the economy will have shrunk by about five-and-a-half per cent.

However, the Bank’s Monetary Policy Report projects the economy will grow by almost four per cent on average in 2021 and 2022.

The Bank’s economic projections are based on two assumptions: that localized pandemic measures will be used to contain spread rather than widespread lockdown measures, and that vaccines and treatments will not be widely available until mid-2022.