Despite the increase in the number of people working in May, the unemployment rate still jumped to 13.7 per cent from 13 per cent in April 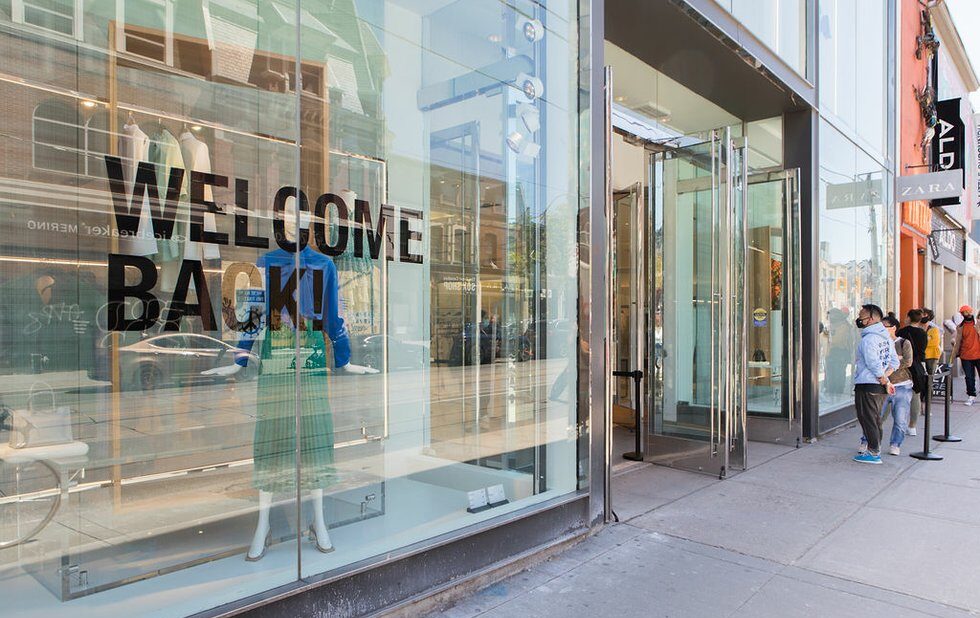 Retailers with street entrances have reopened in Ontario.

Statistics Canada has reported a significant rise in employment in May.

Throughout the month, 290,000 jobs were added, an increase of 1.8 per cent. Three-quarters of those jobs were full-time.

The number of people working for less than half their usual number of hours fell by 8.6 per cent to 292,000 in May.

“Combined, these changes in the labour market represented a recovery of 10.6 per cent of the COVID-19-related employment losses and absences recorded in the previous two months,” Statistics Canada stated.

Economists weren’t expecting the employment picture to improve so quickly after the number of new COVID-19 cases peaked in several provinces.

StatsCan based the number on a study of labour market conditions from May 10 to May 16.

Most of the new jobs were in Quebec, which has begun reopening schools, daycares and non-essential businesses. The province added 230,900 jobs.

Restaurants, bars and child-care are expected to be part of the next phase of the provincial reopening plan, which Premier Doug Ford will announce next week.

Despite the increase in the number of people working in May, the unemployment rate still jumped to 13.7 per cent from 13 per cent in April. That’s the highest recorded rate since comparable data became available in 1976.

Stats Can said the increase is due to the number of people, including college and university students, looking for work.

After provinces enacted lockdown measures to curb spread of COVID-19, just over one million jobs were lost in March. That was followed by another two million lost jobs in April. Another 2.5 million workers had their hours cut.

Prior to the COVID-19 economic shutdown in February, the unemployment rate was 5.6 per cent and hit 13.0 per cent in April, which was a record high since 1982.