A New York-based company has acquired the clothing brand, which sought creditor protection in June 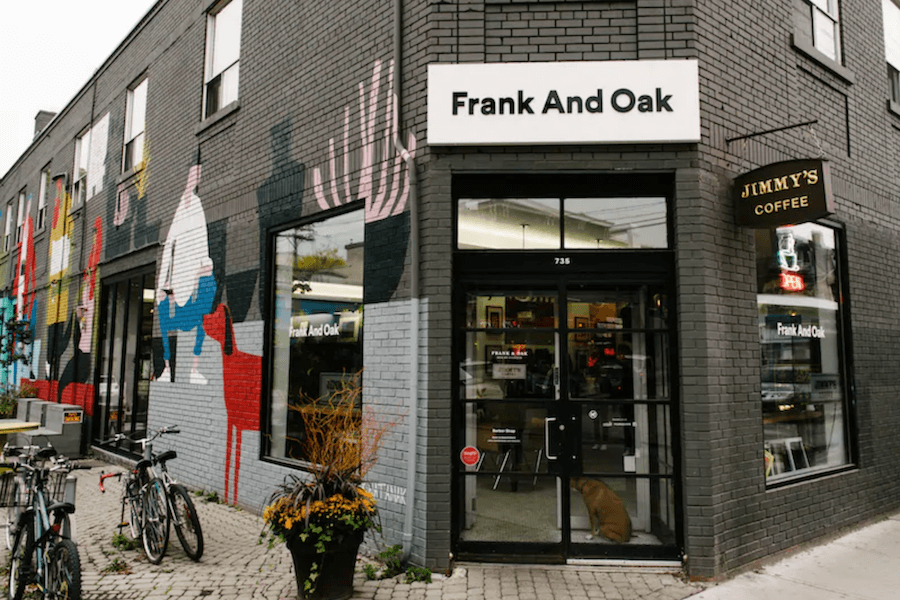 Frank and Oak's new owner plans to expand the Canadian brand into the U.S. and Asia.

Frank and Oak, a Canadian clothing retailer financially impacted by the COVID-19 pandemic, has revealed restructuring plans under a new partnership.

In June, the Montreal-based company filed a notice of intention, under the Bankruptcy and Insolvency Act, to make a proposal.

On October 2, the Unified Commerce Group (UCG) announced that Frank and Oak will become the new company’s first strategic investment. UCG is described in a press release as “a new retail acquisition and advisory group” based in New York City that was founded this year.

“UCG will provide Frank And Oak with the necessary resources to continue to nurture the brand’s strong following within Canada,” the company said in a statement, “as well as fuel its expansion into the United States and its growth into new markets, including Asia. “

Frank and Oak will remain headquartered in Montreal. The brand’s operator Modasuite, which owed approximately $19 million to creditors as of June 22, will seek approval of the sale asset transaction from the Superior Court of Quebec.

Hicham Ratnani and Ethan Song launched Frank and Oak in 2012, featuring women’s and men’s clothing and accessory collections designed in Montreal. Although it originally began as an online retailer, it expanded by opening up to 19 physical stores across Canada, including B.C., Alberta, Ontario, and Quebec.

The company has three stores in Toronto. While the company still operates a store in Vancouver, a Burnaby location location closed at the end of August, leaving only one location open in B.C.