Four ways to save local businesses during (and after) the pandemic

Many Toronto business owners say government aid is not enough, but if we want our main streets to survive we need both short-term and long-term solutions 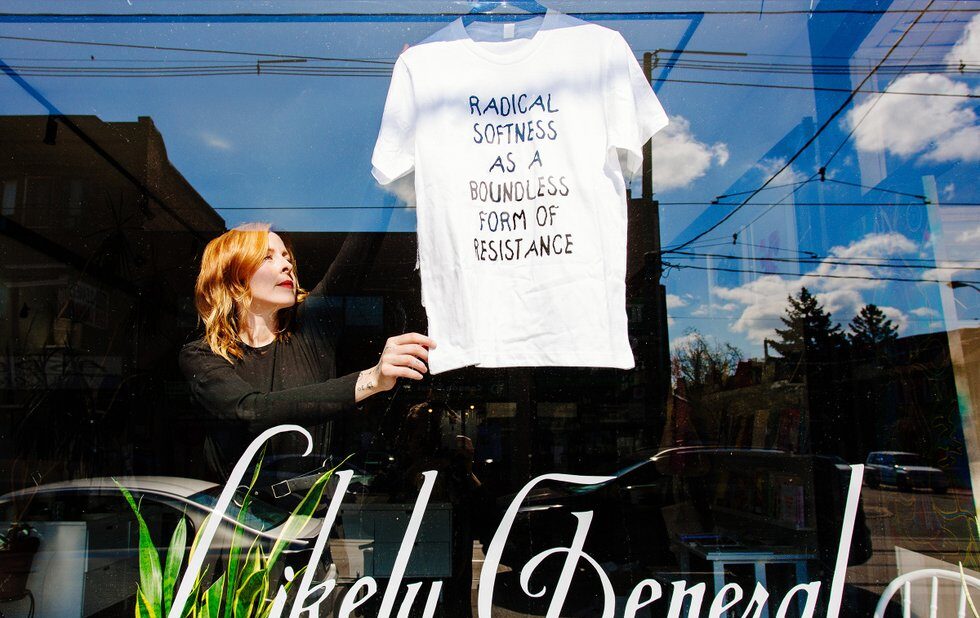 But these days, Manning says it feels like a warehouse. She only goes into the shop to pack online orders for curbside pickup, delivery or mail. Sometimes she spends up to nine hours a day driving around the city delivering packages or waiting for hours in lineups at the post office. She also manages Likely’s social media accounts, updates the online shop and answers hundreds of emails. Since the pandemic, she works an average 16 hours a day.

But online sales alone aren’t enough to keep Likely alive. Prior to the pandemic, most of the space’s revenue came from events and exhibitions, all of which have been cancelled for the foreseeable future. Local artists started a GoFundMe campaign on behalf of the venue, which is helping pay rent, bills, insurance, property taxes and HST. If she gets rent relief, Manning says Likely can survive for another two months.

“I know this isn’t forever, but the days are so long and compounding,” says Manning. “It’s hard to find the energy to keep going. I’ve had moments where I’ve thought, should I just give up? And that’s not like me. I’ve always been the type of person who keeps going.”

In Toronto, where commercial rents and property taxes are exorbitant, indie retailers are struggling with the economic impact of the pandemic. Brick and mortar shops are shuttered, but rent, taxes and bills still need to be paid.

The city, province and federal governments have all launched measures to help small businesses stay afloat, like deferments, interest-free loans, wage subsidies and commercial rent relief. But many owners don’t qualify for these programs or can’t access them, leaving them susceptible to evictions and bankruptcies. According to the Canadian Federation of Independent Business (CFIB), nearly one third of businesses that have temporarily closed aren’t sure if they’ll be able to reopen after the pandemic. When Toronto reopens, the city’s streetscapes might never look the same.

The worst-case scenario is mom-and-pop shops and indie restaurants perish while chains and big box stores proliferate. Commercial rents soar as landlords sit on empty units waiting for the highest bidder. But this is preventable. There are steps we can take now to ensure indie businesses survive the pandemic and the hard economic years that will follow.

Here are four ways to save small businesses right now and what we need to do next. 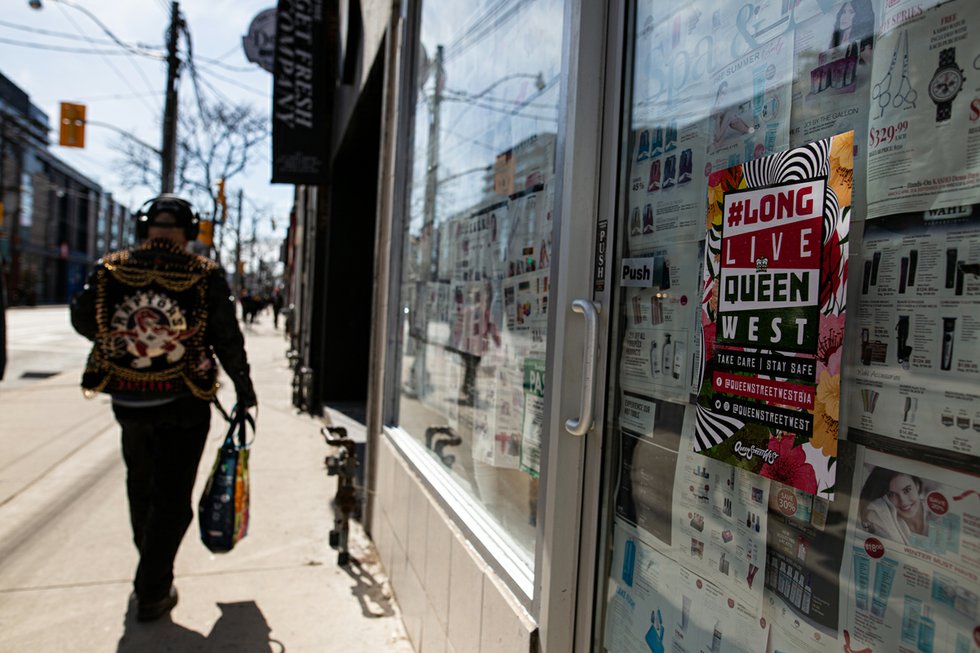 Two weeks before May rent was due, Prime Minister Justin Trudeau announced the Canadian Emergency Commercial Rent Assistance (CECRA), a program that would lower rents by 75 per cent for small businesses who pay less than $50,000 per month in rent. “When I heard about the rent subsidy, I felt like I could finally breathe. I thought this might actually give us a fighting chance” says Ginger Robertson, who co-owns the pub the Edmund Burke and fish and chip shop Off the Hook, both on the Danforth. “Then I found out it’s crap.”

With CECRA, the federal and provincial governments will cover 50 per cent of the rent, the tenant will pay 25 per cent and the landlord will absorb the remaining 25 per cent. But only landlords – not tenants – can apply to the program, and the Canadian Mortgage Housing Corporation (CMHC) will funnel the money directly into the landlord’s mortgage. As part of the agreement, landlords cannot evict tenants while they’re on the subsidy. The program is voluntary.

When Robertson asked her landlord if he would apply to the CECRA, he told her he thinks the plan is flawed and wanted to wait and see what the next rollout would be. She has a good relationship with her landlord, but he’s also a small business owner and has his own bills to pay.

“Is the government so naive to think landlords will actually eat 25 per cent?” says Robertson. “Landlords aren’t obligated to participate, so they’ve given the control of this plan to the people who already hold our fate in their hands. We have no choice if they say no.”

And according to a new survey, many small businesses predict they’ll be left in that situation.

Grassroots coalition Save Small Business found that only one in five Canadian small businesses believe their landlord will apply for the program. Meanwhile, a whopping 97 per cent believe CECRA is either crucial to their business’s survival or would improve their likelihood of making it through the pandemic.

Jon Shell, co-founder of Save Small Business, says the government needs to keep on top of landlords who refuse to participate in the program. If it’s a high percentage, they need to mandate commercial rent relief for June. The NDP as well as industry groups like the CFIB believe that supports should go directly tenants.

During a press briefing last week, Ontario’s finance minister Rod Phillips said the program targets landlords because it was the quickest way to allocate the money since, in Ontario, 97 per cent of landlords have mortgages with the CMHC. He’s also announced that the program will be expanding so it can include landlords who do not have mortgages.

“It would be fair to say that we should wait until the program has launched, which will be next week, before we judge its success,” said Phillips, during a press briefing on May 6.

But the fallout has already begun. Last weekend, Lambretta Pizzeria on Roncesvalles was forced to close after their landlord would not apply for the CECRA. “Sadly, our landlord will not assist us with [rent relief] and we can’t keep waiting for a miracle,” the restaurant wrote on Facebook.

“It would be fair to say that we should wait until the program has launched, which will be next week, before we judge it’s success.”

Robertson has received the Canadian Emergency Business Account (CEBA) – the $40,000 interest-free loan with $10,000 forgivable if it’s paid back within a certain time frame – but used up her savings to cover expenses.

“I’m trying to stay positive, for my family’s sake and for my employees who are also my friends, but it seems like the government doesn’t care if we lose everything and go bankrupt,” says Robertson. “How do I pay my apartment rent and take care of my family? I feel like I’m being buried alive.” 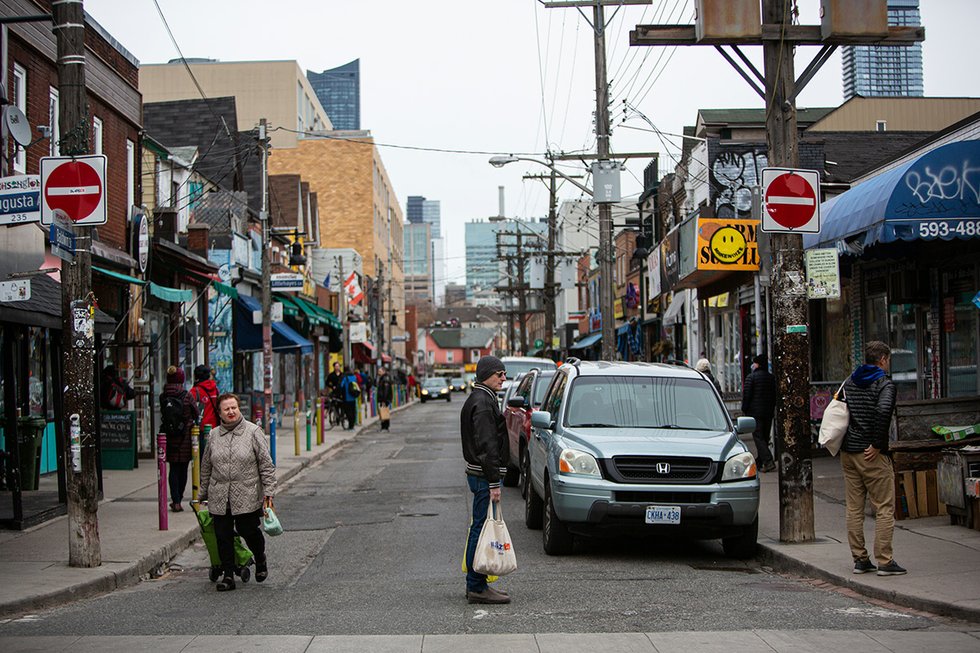 With two rent days come and gone during the pandemic, Toronto’s already lost dozens of businesses due to evictions, including beloved Tiki bar Shore Leave.

City council, the provincial NDP, Save Small Business and the Ontario Chamber of Commerce are calling on the province to halt commercial evictions during the pandemic as other jurisdictions have, including New York and California. In Ontario, commercial tenants can be evicted 16 days after failing to pay rent.

Unlike chains or big companies that have hefty cash reserves and better access to capital, cash flow is a major issue for small businesses. Additionally, many rely on non-traditional financing models, like taking out a second mortgage, or they can’t afford to take on more debt. A moratorium would give brick and mortars breathing room while they wait on wage subsides or rent relief.

“When you’re a small business, every additional week of expenses and a lack of revenue can break you,” says Beaches-East York councillor Brad Bradford, who is the leading the city’s Economic Support and Recovery Task Force.

“It’s heartbreaking that programs are being rolled out in six weeks, because businesses don’t have six weeks. How many are we going to lose between now and mid-May?” 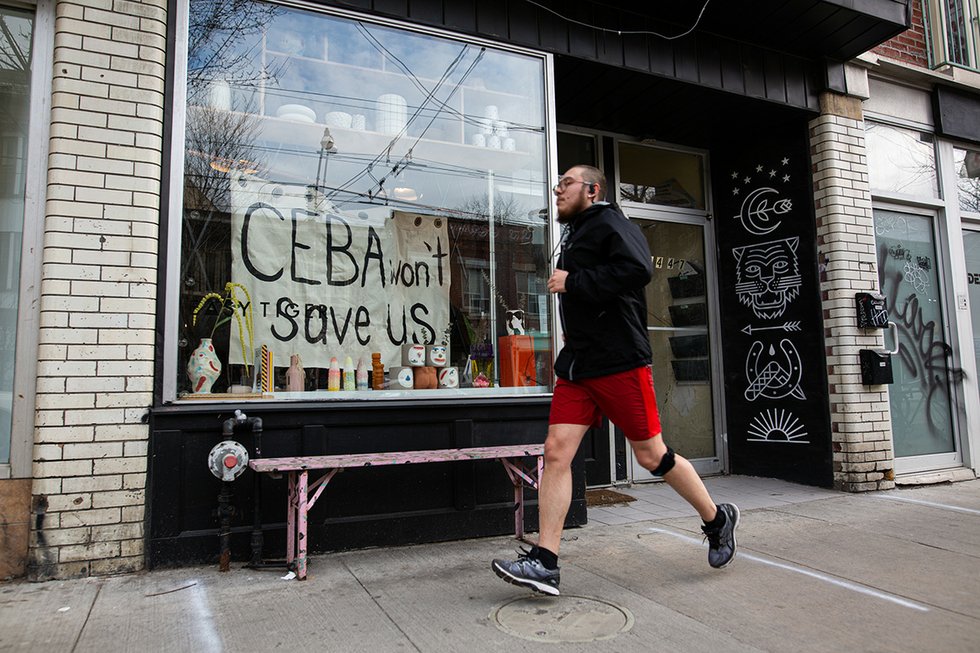 Since the pandemic hit, Bradford has spoken with hundreds of small businesses across the city to determine the best plan of action to support and revive the economy post-coronavirus. His first recommendation? Reforming the commercial tax system.

In Toronto, commercial property taxes, which get passed onto the tenant, can be as high as rents. The value of a property is determined by Ontario’s Municipal Property Assessment Corporation (MPAC), an independent body that uses the “highest and best use valuation system” to determine the tax rate for a property.

“MPAC’s assessment model sees everything as a condo or as a development site,” says Bradford. “So you see local shops being taxed like condos.”

Indeed, last fall, Le Sélect Bistro on Wellington launched a campaign to draw attention to their own MPAC evaluation. According to the owner Frédéric Geisweiller, his property taxes have increased from $31,276 in 2007 to $203,710 in 2020, since the restaurant was taxed as a large condo development.

Provincially, Bradford is calling for long-term rate capping to reduce big, repeated assessment increases as well as working with MPAC to reform their assessment approach. Locally, the city has the power to create new tax bands, which essentially would prevent a small mom-and-pop bakery in the Beaches from being taxed as a large property in downtown Toronto.

“It could be based on square-footage or geography,” says Bradford of the tax bands. “The point is we need to account for some nuance and the different micro-economies that exist in the city.” 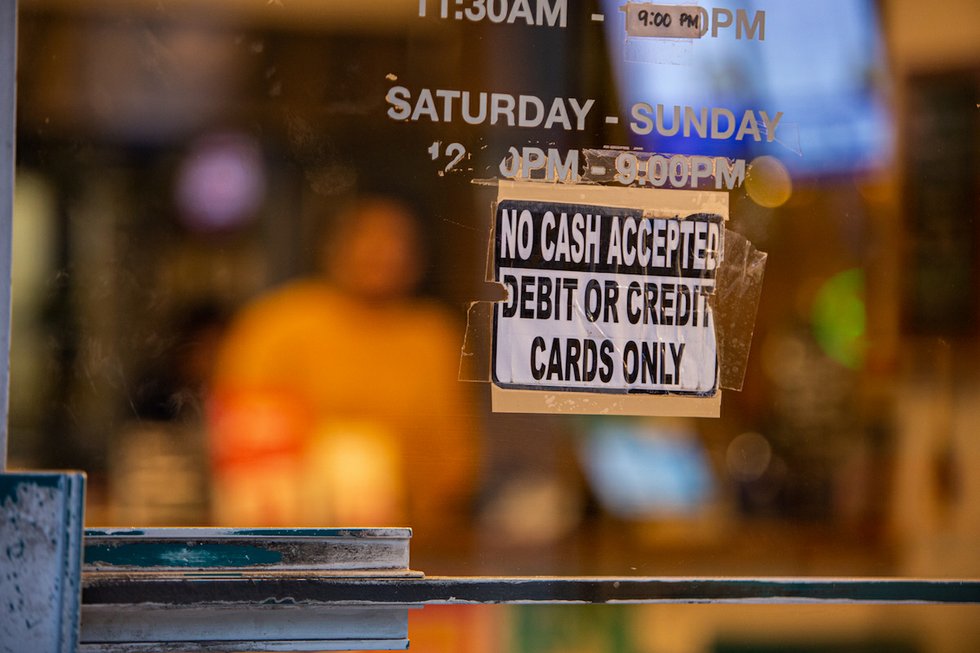 Along our main streets, restaurants, bars, offices and salons are boarded up or have signs pasted in the windows with the same eerie, post-apocalyptic message: “Closed due to COVID-19.”

Without mandatory rent relief or an eviction moratorium, some of those businesses will still be boarded up even after the shops are allowed to reopen.

Before the pandemic, Bradford’s advocated for a vacant storefront tax, which would charge landlords for keeping units empty for long periods of time. Post-pandemic, it’ll be critical to maintaining the vibrancy of our main streets.

“I understand that landlords want to get the right tenants and you don’t want to rush that,” says Bradford. “Those are not the properties we’re trying to target. We’re going after speculators, folks who have left entire blocks empty for a decade because they don’t have a mortgage on the property.”

In Bradford’s riding, there are 44 vacant properties within a 2.3 kilometre stretch on Queen East, many of which are owned by a numbered corporation.

As with reforming MPAC, a vacant storefront tax would require the province’s permission, but other jurisdictions with hot real estate markets have introduced similar legislation. In San Francisco, landlords are charged $250 per square foot of sidewalk frontage in the first year of vacancy, with an increase for each consecutive year.

Torontonians know all too well the feeling of losing a favourite venue to a condo, or a vegan restaurant to rent hikes. Through the COVID-19 crisis, a plethora of new apps, neighbourhood groups and fundraisers have emerged to help save local businesses. Shopping local – whether it’s ordering takeout from your favourite restaurant, buying gift cards or donating to a GoFundMe –  has been a tangible way for residents to help support the businesses they love.

“I can’t stop thinking about how where we put our money right now is so indicative of what the future will look like,” says Manning. “It’s so important to think deep down into yourself and ask yourself what you value most. If you value community, and you’ll miss these spaces if they’re gone, support them now.”