NOW MagazineLifeFinanceLe Château to close all stores in Canada 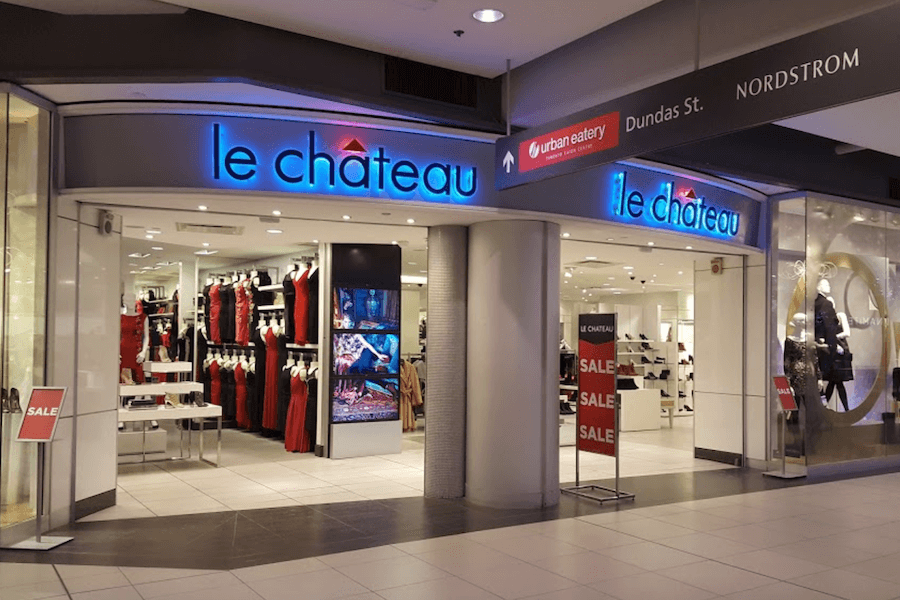 Le Château has fallen victim to the financial impact of the COVID-19 pandemic.

The Montreal-based fashion retailer – which offers women’s and men’s wear, footwear, and accessories – announced October 23 in a news release that it is seeking court protection under the Companies’ Creditors Arrangement Act in Quebec, as it shuts down its operations and liquidates its assets.

After 60 years in business, the company stated that it has already seen the impact of Canada’s second COVID-19 wave upon consumer demand for its holiday party and occasion wear, which comprised Le Château’s “core” offering.

“Regrettably, these circumstances leave the company with no option other than to commence the liquidation process,” Le Château’s news release states.

Le Château has 1,400 employees – 900 retail store employees and 500 employees at its head office in Montreal – and 123 stores across Canada, plus an e-commerce website.

Stores will remain open during the liquidation process.

Other Canadian retail companies that are have either shut down or have been acquired include Montreal-based footwear chain Aldo, Montreal apparel chain Frank and Oak, Vancouver-based MEC, and Calgary-based Swimco.