From ancient Mesopotamia to the Great Depression, local currencies have been a tool used in the past to keep communities afloat during crises 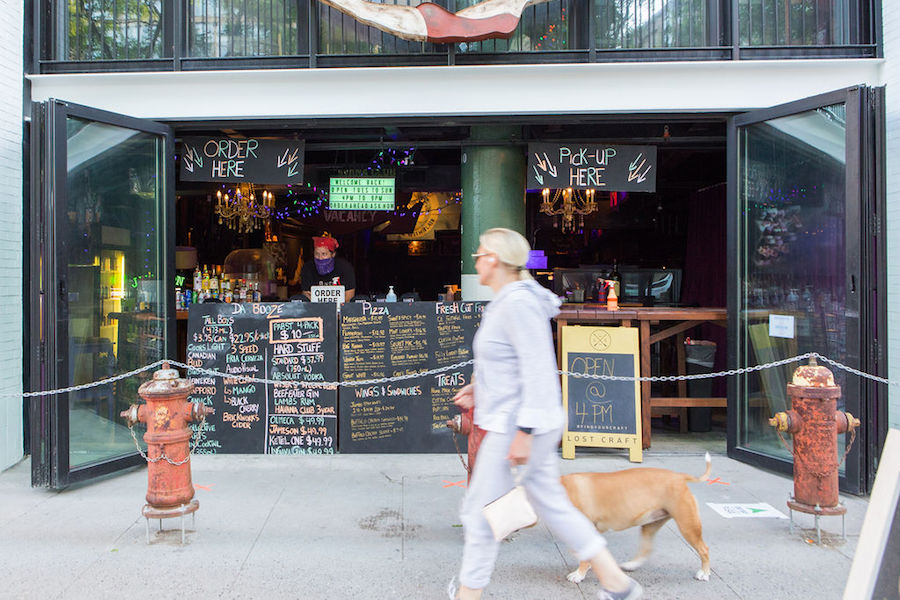 Local businesses in Toronto have been struggling. Many have already closed their doors.

Consumers are being encouraged to buy local to support their neighbourhood restaurants, cafes and boutiques. But how much can they possibly spend when many are relying on the $2,000 per month Canada Emergency Response Benefit to cover living expenses?

One solution is local currency.

Several cities are already using local currency to stimulate the economy while keeping money circulating at home. Cities in both the United States and Italy are printing their own local-use money.

From the shekel in ancient Mesopotamia to the currencies of the Great Depression, local currencies have been a tool used in the past to keep communities afloat during crises. Although most local currencies eventually fall out of use, they have a history of successfully increasing local spending, preventing capital flight and saving jobs.

In-kind donations like clothes and food are essential and appreciated by families and individuals experiencing difficult times. That being said, it is important for people going through difficult economic times to have dignity and feel empowered to make their own choices for themselves and their family, as well as have the purchasing power to go to their neighbourhood shop and buy their own food and toiletries.

People generally know what they need the most. However, some people feel uneasy about putting change into the outstretched hands of the many homeless people in Toronto. A local currency that is not redeemable for perceived vices could encourage more spontaneous giving. A local currency could also be insured against misuse by stipulating that it is not redeemable for alcohol, cigarettes or gambling.

It could also be piloted in low-income areas like North Etobicoke, Jane and Finch, and Regent Park to empower communities that have been hardest hit by the coronavirus. These areas are also incredibly diverse. Bearing in mind the demographics of these communities, the local currency could be implemented with cultural sensitivity in mind. For example, its usage could be limited to activities that are not in contravention of Islamic concepts of “halal finance.”  By being sensitive to Toronto’s diversity, a local currency would be acceptable and accessible as a financial tool for everyone.

There is no guarantee that local currency can save our economy, but there is ample evidence to suggest that it can help prevent an economic catastrophe.

Although social safety nets are first and foremost the responsibility of governments, money to get us through this crisis will eventually run out. We need to take steps to avoid not just a recession, but a depression. It is time for all Torontonians to take ownership of our city’s economic recovery.

Toronto is one of the richest cities in Canada. There is enough wealth to go around and those who have must share with those who have not. I am not a high-net-worth individual but many like me would be willing to invest in an initial public offering of a Toronto local currency.

Following the trend of the City of Toronto’s COVID-19 response with naming conventions like ActiveTO, CafeTO, and CurbTO, this local currency could be called CashTO. If it received substantial backing from a particular benefactor, it could be named after them. Imagine, Torontonians could be making purchases using Drake Dollars.

Aziza Mohammed is a senior program officer with Women and Gender Equality Canada. She has held positions at the World Bank and International Finance Corporation.