Statistics Canada says sales in the GTA dropped 40.7 per cent since before COVID-19-related closures began, but May figures show signs of hope 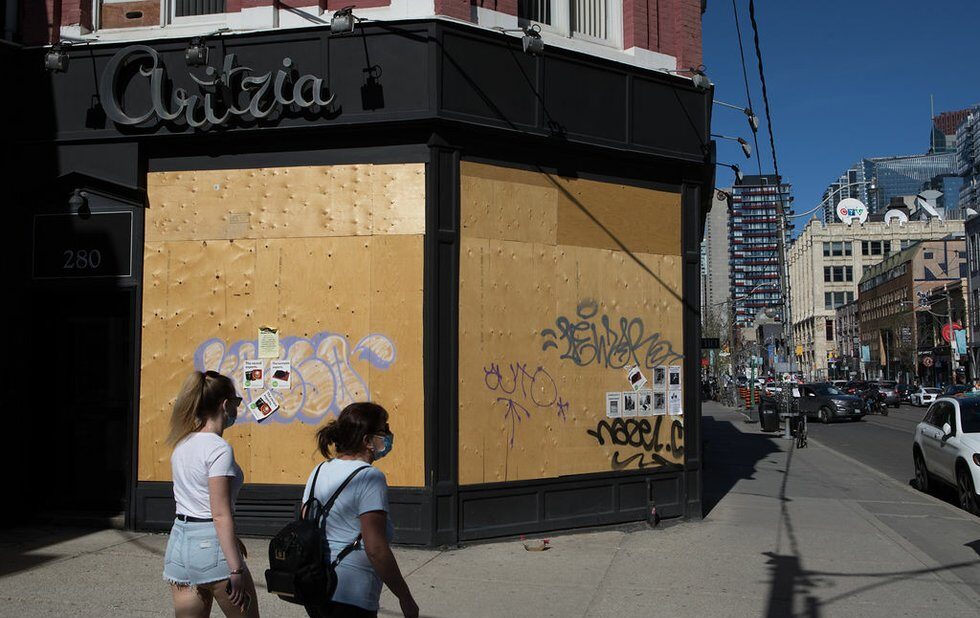 The Aritzia store on Queen West was closed during the pandemic from mid-March to the end of May.

Toronto suffered the biggest drop in retails sales of any city in Canada between March and April, according to figures released by Statistics Canada measuring the COVID-19 pandemic’s impact on every sector.

Retail sales dropped 35.6 per cent from March to April in the GTA, which is steeper than Montreal (31.3 per cent), Vancouver (23.9 per cent) and the rest of Canada (26.4 per cent). That figure was only 17.1 per cent in the U.S., where pandemic restrictions were more relaxed and COVID-19 spread more rampant.

April sales across Canada were down 33.6 per cent compared to pre-pandemic numbers from February. Ontario and Quebec absorbed the lion’s share of that decline: 38.5 and 39 per cent, respectively. Montreal has been hardest of all since the pandemic began, with a 43.3 per cent drop, followed closely by Toronto with a 40.7 per cent decline.

StatsCan surveyed businesses, estimating that approximately a third remained closed in April, while most non-essential services adapted to curbside pick up and online sales. Retail e-commerce sales amounted to $3.4 billion in April, hitting a record high of 9.5 per cent of total trade in Canada. E-commerce sales have jumped 120.3 per cent jump year-over-year.

Sales were down in every sector but motor vehicle and parts dealers hurt the most in April, dropping 44.3 per cent since March despite being deemed an essential service. The sector was down 64.2 per cent since February, fairing better than non-essential sales in clothing (84.8 per cent) and sporting goods, hobby, book and music (66.7 per cent)

In positive news, Statistics Canada provided early estimates for May suggesting that retails sales rallied to a 19.1 per cent increase across the country. Toronto’s recovery is likely lagging behind that figure as it continues to crawl towards phase two re-openings of shopping malls.

Toronto reported 54 new cases of COVID-19 on Friday. That figure has been steadily declining over the past two weeks.