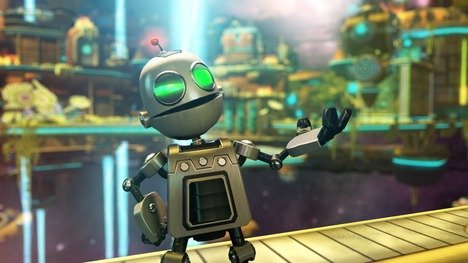 For Dissidia, Square pits its most popular players against each other in a gorgeous-looking fighter. Those expecting a traditional arena brawl matchup may be disappointed, but if you’re familiar with the series, this is a fun way to revisit your favourite characters. With not-too-heavy dialogue and requisite cutscenes (it’s still a Final Fantasy title, folks), newcomers to the franchise get introduced to relationships without having to know all their backstory.

In classic RPG style, the basic fighting is easy to understand, but mastering the battle system requires hours of levelling and grinding. This title is a great twist on the standard fighter, with really interesting RPG elements thrown into the mix. A must for fans of Final Fantasy and of note for those who like the fighter genre.

With the release of Chinatown Wars on the PSP, this title has found a great new home. It was good on the Nintendo DS, but the larger screen and improved horsepower of Sony’s portable platform maximizes the potential of the first release.

Recalling the top-down perspective of early Grand Theft Auto, this game plunges you into the struggles of a failing Chinese Mob organization. The action is non-stop as you drive and shoot your way from one mission to the next in the familiar environs of Liberty City. Side challenges like stunt jumps and the return of Rampage Missions provide enjoyable distractions from the main story. New twists on the GTA formula, like reducing your wanted rating by destroying cop cars instead of hiding from them, keep things fresh. Chinatown Wars shows no sign of slowing down the massively successful GTA series.

Story-wise, this title picks up where Tools Of Destruction left off – Rachet is on a mission to save a kidnapped Clank. In addition to the customary platform ‘n’ puzzles that Rachet & Clank is known for, this version has new time-based challenges and an interesting split-story play mode that jumps between Crank and Rachet’s perspectives. Crack In Time includes the humorous dialogue and inventive puzzle-and-action combo we’ve come to expect from the series.

While game-maker Insomniac isn’t deviating from the formula, and despite some minor camera issues, it’s managed to make this an excellent addition to a series that’s already done well. If this snappy, fun game winds up being the last title in the franchise, it’s a hella good way to go out.