NOW MagazineLifeHow to get active outdoors this winter

Under Ontario’s second state of emergency, we’re being told to stay indoors. At the same time, however, exercise has been deemed essential. So what is it safe to do? Here are some tips on being active outdoors this winter, based on the City of Toronto’s recent Welcome to Winter page at toronto.ca.

Walking – for exercise – is okay. It’s unclear how authorities will know if your walking is for exercise or not. Toronto Police say they plan to focus on dispersing large gatherings and that “individuals are not compelled to explain why they are out of their residence.” My plan is to use a GPS-based walking app that tracks my progress and proves I’ve left my home, and for how long. As long as you’re not in a group of five or more, you should be fine.

There are more than 1,500 parks open to the public, many with open washrooms and enhanced snow clearing. The latter is important if you don’t want to wipe out on an icy patch. There are 17 maintained park walking routes.

Back in the fall I talked with Jason Ramsay-Brown, author of Toronto’s Ravines And Urban Forests (Lorimer, $24.95). He enthused about walking in parks and ravines during the winter and recommended getting a pair of strap-on ice cleats (aka crampons) to give you a grip in case you encounter ice. 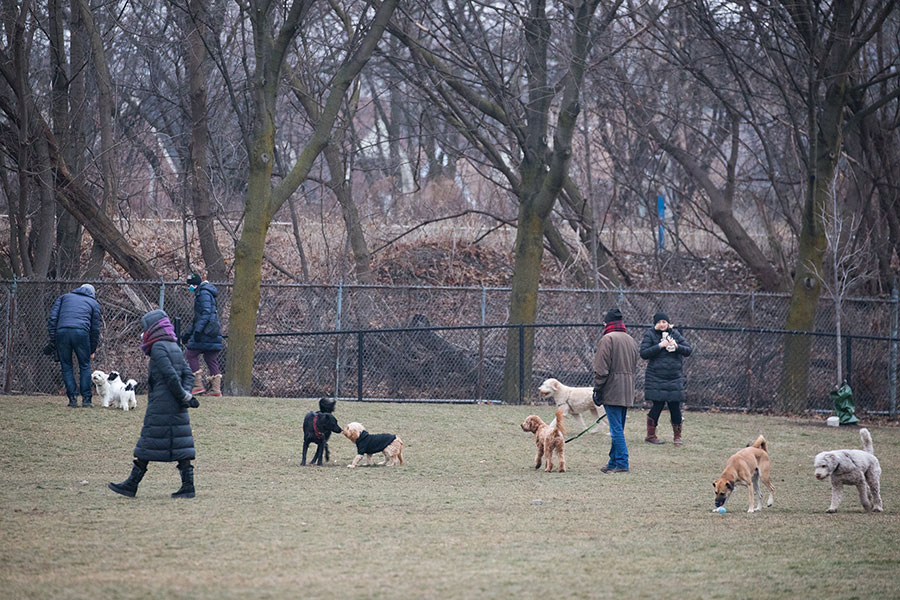 “You’re going to see things you wouldn’t see any other time of year,” says Ramsay-Brown. “With the leaves off the trees, you’re getting a completely different view and perspective of what these areas are like.” He also recommends visiting places where there’s water, like Tommy Thompson Park – “one of the best places to see ducks and other water fowl.”

If you were smart enough to buy a pair of snowshoes before they disappeared from sporting goods places, there are eight snow loops to choose from at the city’s five public golf courses (the closest to downtown is the Don Valley). You can also try them out at places like Tommy Thompson Park, High Park and the Beltline Trail.

If you’ve got kids, there are 23 toboggan hills in the city, including Riverdale East and West and Withrow Park. (Just make sure you physically distance yourself from others while enjoying the winter outdoors.) 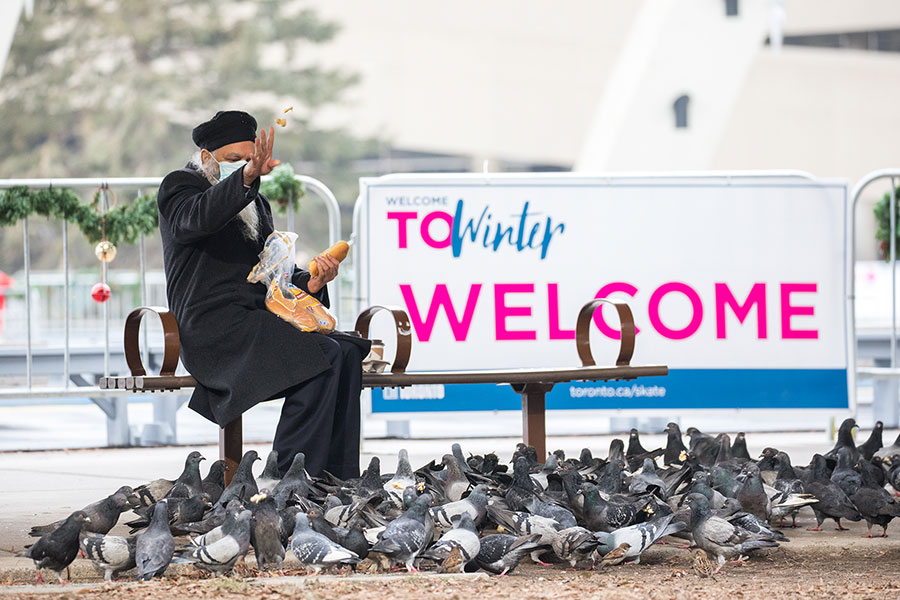 And finally, it wouldn’t be winter without partaking in our national pastime, skating. Under the province’s new guidelines, the city’s outdoor skating rinks have a capacity of 25 people at a time, and masks are required at all times: on the ice and while in line. Bonus: most outdoor skating rinks also include public washrooms, so keep that in mind if you’re walking – for exercise! – and need a place to relieve yourself.