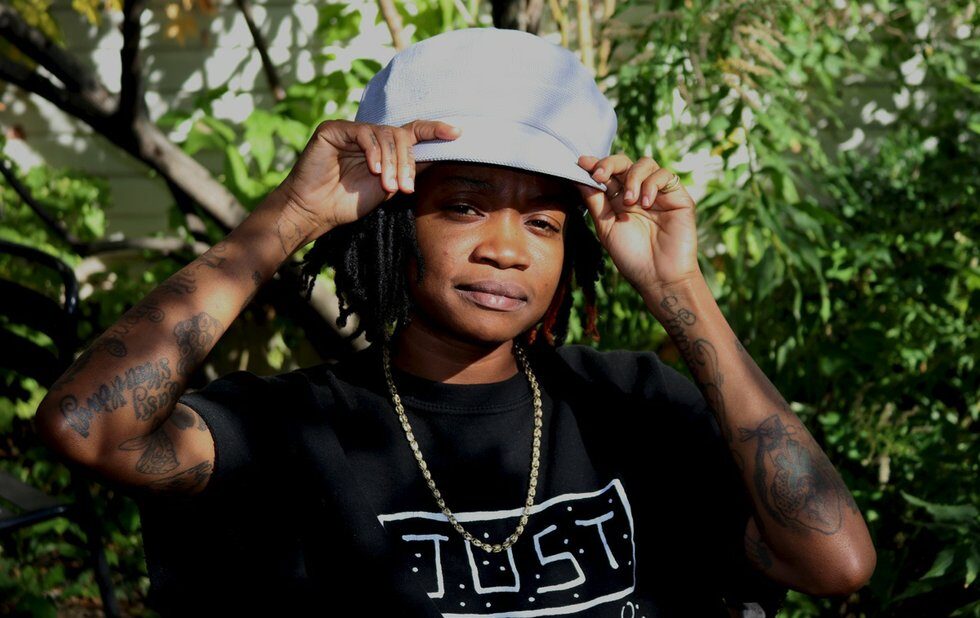 I have six tattoos. Each one represents a piece of who I am, or was.

My first, a peace sign on my hip I got when I was 17, memorializes a time when I identified intensely with the flower-power movement of the late 1960s. It was also my silent protest, a personal rebuke of the brutalities of war and imperialism. And I thought it was cute.

My most recent piece, a half sleeve on my right forearm I got in 2015, pays homage to my family. With Jamaica’s national bird and flower on the inside of my arm and the black star of the Ghanaian flag along with a 17th-century bust made by the tribe of my paternal lineage on the back, I feel deeply connected to my roots and to generations of family separated by oceans or death.

As an introvert, I’m not often forthcoming about my personal history and interests, so my tattoos allow me to share bits and pieces of myself. For better or worse, tattoos are the language with which many of us tell the story of our lives. But for many people of colour, especially those of us who have darker skin, these visual stories remain untold, since accessing this language of self-expression, understanding and connection is not easily done.

“Some tattooists don’t want to [work on pigmented skin],” says Cuban-born tattoo artist Lorena Lorenzo (@indigoartattoos). “I’ve asked artists in the past and they’ll say, ‘You can’t really see it’ or ‘I can’t do nice work.’”

Despite the swell of tattoo shops in Toronto and a growing interest in getting inked, tattoo artists who are knowledgeable about or even willing to work on darker pigments are rare due to a common misconception that good pieces can’t be done on darker skin.

“It’s an ongoing stereotype that everyone abides by,” says artist Thomarya “Tee” Fergus (@iamnattee). “The darker your skin, there might be some things you won’t be able to get incorporated in a piece, but it doesn’t mean you have to get a bad tattoo. It’s just about working with the skin.”

Fergus’s career in tattooing began 10 years ago. She has since gained a reputation for her visual artistry and tattoo work, and her name is among the most circulated by members of this city’s Black community in search of talented tattoo artists.

“First and foremost, I’m here for people of colour. I’d love more people of colour to know that [Black tattooists] exist and that I’m here for us, just to show we can do a lot of the things that we’ve been told we couldn’t, like style-wise and the type of tattoos we get,” she says. “Some [artists] are afraid to accept us and accept that we too can walk around with these beautiful adornments on our skin. We can get some really awesome work. We don’t have to settle for shit.”

When Brittany Randell (@HumbleBeeTattoo) grew tired of designing tattoos for other artists, she decided to pick up a machine herself. But unlike Fergus’s experience, Randell says getting an apprenticeship didn’t come easy – an issue she attributes, in part, to being a Black woman in a white, male-dominated industry. She credits the support of other women of colour for her growing success. Women like herself, she says, who are often overlooked.

The careers of celebrity tattooists Miryam Lumpini and Richard “Made Rich” Parker whose portfolios feature stunning pieces filled with intricate details and plenty of colour on clients with darker skin have garnered a large online following and earned them famous clients and appearances on reality shows, attesting to the large untapped market of Black people of colour who are interested in getting tattooed by artists who understand their needs. Despite their success, local markets are slow to respond.

“I think a lot of artists aren’t necessarily willing to go further and learn how to tattoo darker pigments,” Randell says.

Lorenzo, a tattoo artist at Black Line Studios who has worked in the industry for eight years, agrees. She says the reluctance of tattoo artists to work on darker skin tones boils down to a lack of training.

“A good tattoo artist should be able to do all kinds of [skin tones]. Back when I was doing my apprenticeship, I was really lucky to work with artists who gave me that training,” she explains. “You just have to treat the skin in a different way. Find the right pigment, find a nice design that will suit the client and find the right concepts.”

Don’t miss the rest of our tattoo issue:

The overthinker’s guide to getting your first tattoo