Hate the gym? Try this body-positive movement class this month 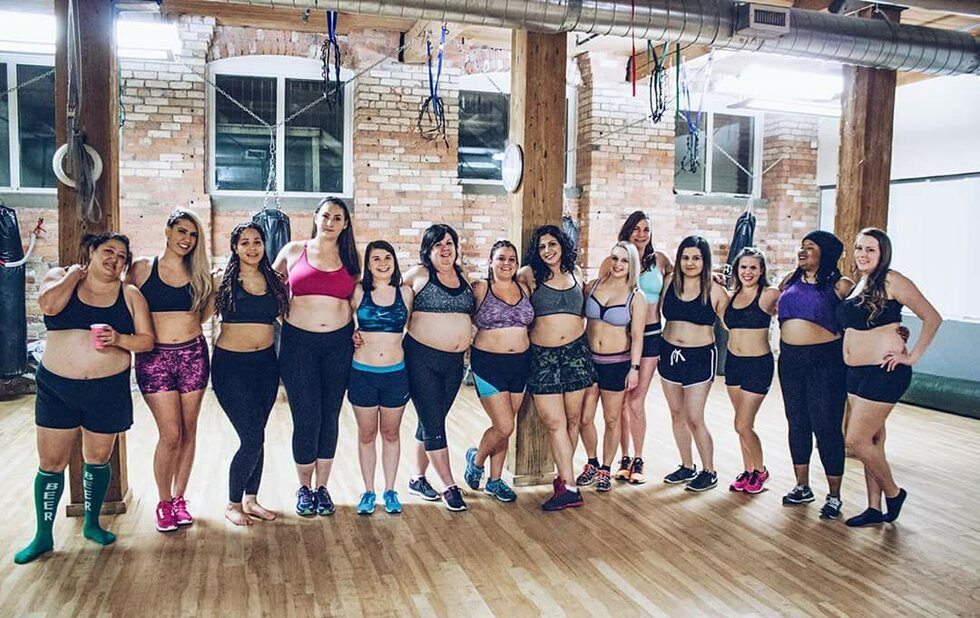 A new Body Positive Movement Class aims to create a safe and supportive space for bodies of all sizes without judgement.

Despite gains in the body-positivity movement in pop culture and the media, the fitness industry still largely approaches bodies with diet culture in mind. For many folks like myself, going to the gym is not an enjoyable experience. It can be utterly terrorizing.

Change, however, is being led by Toronto resident Jenna Doak, who considers herself a body-positive personal trainer. Doak is hosting a body-positive movement class on Wednesday (November 8) and November 15 at Artscape Youngplace (180 Shaw) that aims to create a safe and supportive environment for bodies of all sizes, free of judgment and expectation. Toronto’s plus-size community has been waiting for such a class since the news of EVERYBODY Gym’s Fat Kid Dance Party in Los Angeles.

Doak, who has worked for 16 years in the fitness industry, became interested in the body-positivity movement over the past three years after she began reflecting on just how much the diet industry impacted her views about her body and her fitness.

“I aggressively tried to fit the mould of what a trainer should look like and realized just how unhealthy it was,” she says.

Since then, it has been a top priority for Doak to train with a body-positivity perspective in mind. “Weight loss should be the last reason anybody should come to the gym.”

Doak is dedicated to training typically marginalized bodies. All too often, fitness spaces not only oppress but exclude fat people of colour, disabled, queer, trans and non-binary folks. She’s made it her mission to ensure that the first Body Positive Movement Class is a safe space for all. No diet talk is permitted and every accommodation is made to ensure all bodies can participate.

Most gyms aren’t considered safe spaces. Even Curves, dedicated to plus-size women, states on its website, ‘We’re a fitness and weight-loss facility dedicated to helping women around the globe lead healthier lives.” While a fitness facility geared toward plus-size women might seem positive, Curves makes losing weight part of their mission rather than focusing on improving fitness and overall well-being. Doak wants her training and classes to be viewed as fun rather than work.

Research shows that exercise, while important for overall health, is not likely to lead to weight loss in the long-term.

“People can bust their ass for three months and lose one per cent body fat and then they’re shamed for that,” Doak adds. “It’s not natural to lose a bunch of body fat that quickly or easily.”

Her full-body workout includes stretching, coordination and strength training. Exercises can be modified to suit individual needs based on range and ability. Doak understands that most people feel intimidated about attending the first class, so she encourages people to show up without expectations.

The classes, which costs $20 and run for one hour, give folks a space to demonstrate and focus on what their body is capable of. These first two November classes are a test to see if Doak can run more in the future. Given that “there is no option to do a class like this in Toronto,” she’s hopeful that there will be enough interest for a second round.