The case for community-led COVID-19 testing in Toronto 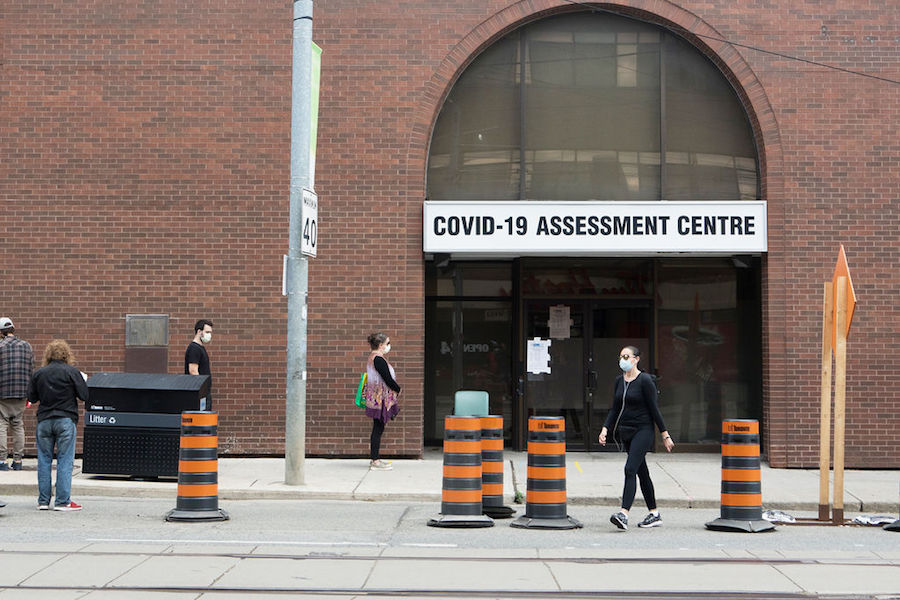 Access to COVID-19 testing centres has been an issue for Ontario during the pandemic, with long wait times and lines wrapping around city blocks in the past month.

On Tuesday, the province (which runs testing sites) is shifting from walk-in to appointment-only testing to clear a backlog and avoid long lineups in winter months. However, mobile testing and pop-up testing will continue to operate.

But for some Toronto neighbourhoods, access to testing is about more than the inconvenience of waiting outside. Health-care workers in these neighbourhoods are advocating for community-led testing that considers the specific needs of residents, instead of blanket testing policies that disadvantage marginalized Torontonians.

The Alliance for Healthier Communities (AHC), a network of community health centres that focus on health equity, has pushed for community-led testing since the beginning of the pandemic.

Kate Mulligan is an assistant professor of public health at the University of Toronto who works for AHC. She says conventional testing practices do not adequately address transportation needs, people’s work hours and lack of trust in the health-care system.

“People don’t trust hospitals, for example, because they know that they might experience racism,” she explains. “They also face economic and transportation barriers, because the nearest hospital-based assessment centre might be two bus rides away.”

Transportation is a challenge for some communities

Safia Ahmed, executive director of Rexdale Community Health Centre, says transportation has been a major issue for residents in their community as well. “We have heard from seniors trying to access testing at the hospital who took a taxi and ended up with a significant bill,” she says.

“We knew that the testing rates were low in this community, and this was paired with the higher prevalence of COVID-19,” she adds. “So we engaged in conversations with the community, and it became increasingly clear that there needs to be a targeted testing strategy.”

She notes that for Rexdale residents who have precarious employment or are supporting an entire family, waiting in line for testing for hours or having to get to a testing centre within certain hours are not options.

Westin says the situation is the same in Black Creek.

“As a community health centre, we also serve people who do not have status, so they don’t have OHIP,” she explains. “There are also people who are precariously employed, so these are folks who may not be able to get to a hospital, they certainly cannot spend hours lining up either.”

A positive test could lead to income loss

The Black Creek Community Health Centre decided to work with community members to encourage other residents to get tested and be aware of public health messaging.

The Rexdale Community Health Centre prioritized more flexible testing options for residents along with community outreach and peer workers to address questions or concerns about COVID-19.

“People were concerned that, if they’re working and they get tested and test positive, who’s going to support their family?” she says. “We wanted to support them and make sure that there are services available to them so that if someone gets a positive result, somebody is out there to provide food for their family.”

Westin says there was a similar hesitancy to get tested within the Black Creek community.

“There are reasons for that; for some people it may have a huge impact on their income if they test positive,” she says. “But having community-led testing has been incredibly beneficial for this.”

Mulligan says releasing neighbourhood-based COVID-19 data is essential to be able to effectively combat the virus.

“The data clearly demonstrates where we need to target our resources,” she says. “When we can see very clearly that percent positivity in some of these neighbourhoods is three or five times higher than the average provincial average, it’s very clear that there is a need to intervene there for the safety of the people in that neighbourhood.”

She says that it’s also a safety concern for people outside of these neighbourhoods, noting that many of the residents are essential workers taking public transit.

The city already has this data, so releasing it publicly will hold them accountable, Mulligan adds.

“Some transparency helps us to hold decision makers accountable for the decisions that they’re making for where they’re allocating funds, and helps us just take more informed action.”

Data reported by the Toronto Star, along with unconfirmed leaked Toronto Public Health data that emergency physician Kashif Pirzada shared on Twitter, show that positivity rates in some neighbourhoods in Toronto are over 10 per cent. Pirzada notes that any positivity rate over three per cent is dangerously high.

Pirzada’s data tracked positivity rates in Toronto’s neighbourhoods based on information collected in the past few weeks.

At the top of the list was the Rustic neighbourhood – in southwestern North York – which has an 11.11 per cent positivity rate. Rexdale ranked second, hovering around 9 per cent, and Beechborough-Greenbrook reported the third-highest at 8.82 per cent.

Vinita Dubey, associate medical officer of health at Toronto Public Health, said over email that she can’t confirm whether the data is accurate.

“While Toronto Public Health has been receiving preliminary data related to per cent positivity by neighbourhood, these data have not yet been validated and have not been included in public reporting,” she wrote.

Pirzada, who says he works in one of the areas listed, argues neighbourhood-based COVID-19 data demonstrates inequity across the city. Areas with the highest positivity rates on the list all have higher immigrant and visible minority populations than the city average, according to 2016 neighbourhood profile data from the city.

“It’ll help people in the community decide what their risk thresholds are for doing certain things,” Pirzada says. “And having more information could lead us to have more localized measures.”