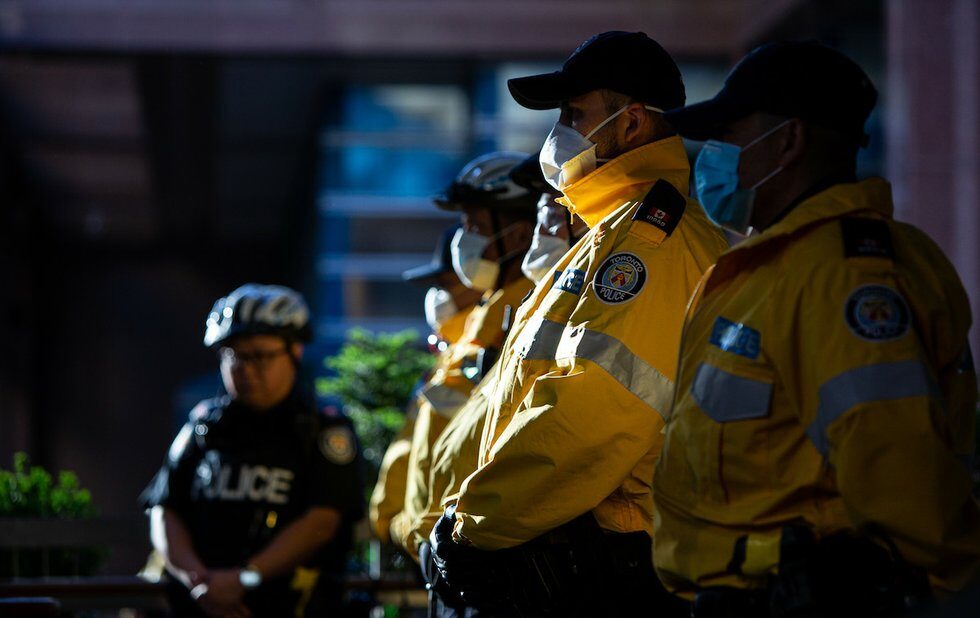 An open letter signed by 19 health-care, anti-racism, anti-poverty and social justice groups demands the province immediately revoke the order that allows the police to access sensitive health information and that the province provide a detailed report on how the data that’s been released so far has been used.

It also argues that if people are fearful that a positive test could result in increased police surveillance or involvement, they will be reluctant to seek health services.

Under the Emergency Management and Civil Protection Act, police are allowed to access personal information including COVID-19 status, address, name and date of birth. Firefighters and paramedics also able to access this information via a portal.

“These privacy violations erode constitutional rights, damage communities’ trust in public institutions and undermine access to health services in this time of COVID-19,” the letter reads.

The letter was coordinated by We Can’t Police Our Way Out Of The Pandemic, a group of activists, researchers, frontline workers and community members that formed this year to challenge state interventions being deployed during COVID-19. Black Lives Matter-Toronto, Healthcare Providers Against Poverty, Toronto Overdose Prevention Society, Parkdale Community Legal Services and No One Is Illegal are some of the groups who signed the letter.

“Slowing down COVID-19 in Ontario requires widespread trust in the interventions being implemented to contain the pandemic,” the letter says. “Communities across Ontario continue to express a lack of trust in police forces due to demonstrated lack of accountability. Police forces have demonstrated that they are not trustworthy custodians of private health data.”

“The portal is only intended to be used to look up the COVID-19 status of individuals that members of the service will encounter or have encountered during the declared emergency as a result of responding to calls for service, for the sole purpose of supporting frontline personnel in making informed decisions about whether they need to take additional precautions to prevent the spread of COVID-19,” Warner said.

The signatories are also calling on the TTC to disclose how they accessed information about a Black woman’s positive COVID-19 test. The letter says that on April 14, the TTC shared this information across internal channels instructing that the woman be denied service.

TTC spokesperson Stuart Green said in a statement to NOW that Toronto police provided the information to the TTC. “The only test results we have are those of TTC employees, all of which are anonymously reported on our website,” Green said.

Additionally, the letter is asking public health staff to refuse to share personal health information to protect patients from stigma and criminalization, and for tech workers, programmers and coders to refuse to build any software or tech infrastructure that would help share data with police forces.

“Increased policing drives people away from health services and increases stigmatization and dislocation from care,” the letter states. “COVID-19 is an unprecedented crisis that is excessively affecting already marginalized communities that the police have a deleterious relationship with.”

Provincial legislators are expected to extend Ontario’s state of emergency, which allows the government to create and enforce emergency orders, to June 30.