NOW MagazineLifeHealthFitness will become even more important as the pandemic continues

Fitness will become even more important as the pandemic continues 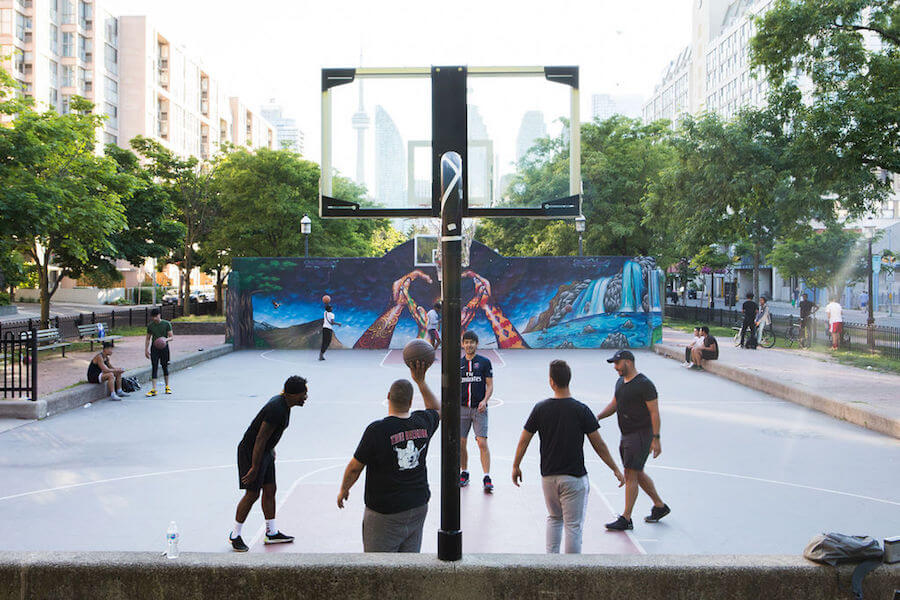 Now is prime time to get your fitness regime in place – if you don’t already have one. Why? The reasons are manifold.

A revealing study led by UBC kinesiology researcher Katie Di Sebastiano, published in Frontiers in Psychology on July 27, underlines the importance of keeping physically active during the pandemic.

The research team, which included Toronto-based ParticipACTION and the Hospital for Sick Children, examined what impact pandemic guidelines, restrictions, and safety measures – such as physical distancing, working from home, or the closure of hiking trails and gyms – had upon Canadians.

The study tracked their activity levels and numbers of steps taken over 10 weeks (four weeks before and six weeks after the pandemic declaration on March 11) on the ParticipACTION app.

In a phone interview, Di Sebastiano said those who regularly exercised before the pandemic rebounded to similar activity levels within mere weeks.

“What I found most surprising was how quickly people were able to adjust their moderate to vigorous physical activity to return to pre-pandemic levels,” she said. “When people are active and they have a regular schedule… people were able to make that adjustment in their lives because of that habit.”

However, the study discovered that light physical activity – or incidental, everyday physical activity like walking to a store, taking public transit, climbing stairs or even movements like standing up from a seated position – and numbers of steps taken “experienced a significant and sustained decline” after pandemic protocols were implemented.

That could also reflect changes in behaviour such as using food or grocery delivery services instead of going out to restaurants; watching online or TV content instead of heading out to attend concerts, movie theatres, festivals, art galleries or events; or not going to educational or recreation classes at schools, various facilities or community centres due to cancellations or closures.

Accordingly, Di Sebastiano said those who are already active may find it easier to find equivalents during a second wave or another lockdown than those who are currently inactive.

This decreased level of everyday movement “may have significant long-term implications for both the physical and mental health of Canadians,” the study warns. For instance, the researchers point out that physical activity and fitness may boost bodily processes that are key during the COVID-19 pandemic.

“Exercise can have direct effects on the immune system and its ability to increase our immune response and our ability to fight infection,” Di Sebastiano explained.

In addition, the researchers point out that activity may reduce inflammation and may prevent secondary conditions, such as heart attack or diabetes, which could heighten risks of serious illness or death due to infection.

Di Sebastiano added that physical activity, which has a direct impact on mood, could help to address stress and mental-health issues, such as anxiety and depression, which have been reported to have increased during the pandemic.

With the prospect of a second COVID-19 wave during autumn’s respiratory illness season, Di Sebastiano urged everyone to remain aware of inactivity during daily routines.

She suggested interrupting prolonged periods of sitting, such as standing up at least once an hour or using a standing desk; opting for stairs instead of elevators (which may also help to avoid virus transmission); standing up or moving about while on phone calls; and scheduling regular walk or stretch breaks, which can provide both physical and mental reinvigoration.

Other suggestions include doing stretches while seated, walking to a local café for a workday coffee or tea break or doing warm-up and wind-down exercises before and after working at home to create a mental and physical transition between work and home life (that daily commutes would normally provide).

Di Sebastiano also encouraged civic and health authorities to keep green and outdoor spaces open and accessible, like the City of Vancouver did when closing some streets and parking lots to ensure residents in densely populated areas, like the West End, could get outside while physically distancing.

In other words, though we may be told to shelter in place during the pandemic, that doesn’t mean you should stop moving—quite the opposite, in fact.