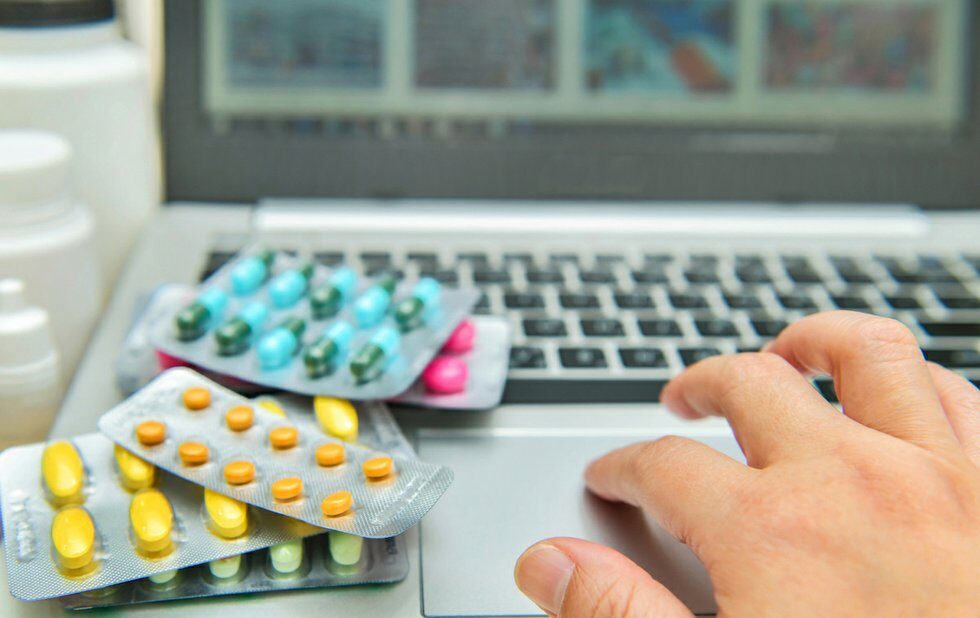 “Nothing can replace being with your partner physically in the same room,” he says. “But if your partner goes off to Europe or somewhere to study, you’re going to use all the things possible to augment your relationship. Telehealth is a tool in our toolkit. It’s meant to complement our practice.”

Lewis runs an epilepsy clinic where patients can be seen in the same day as opposed to the typical six- to 18-month wait for a neurologist in Toronto. To him and many other doctors around the country, telehealth is a no-brainer. But despite being around for well over two decades, it’s generally been viewed as a last resort for patients and practitioners in Canada.

It’s much more routine in the U.S. and Europe. Prior to the pandemic, less than 0.15 per cent of Canadian health-care visits were performed via digital services, because so many either did not know it was an option or simply did not trust it to be as effective as in-person treatment.

Since the spread of COVID-19, telehealth has become patients’ primary option. It’s efficient and accessible, faster and cheaper than a brick-and-mortar clinic, since it requires less resources. It’s also safer, keeping sick people apart and out of waiting rooms. Most importantly, telehealth has proven to reduce hospital readmissions by 15 per cent and even mortality rates by up to 35 per cent.

With little public funding for telehealth video conferencing, private networks have flooded the virtual health-care space. The vast majority of these networks require paying out of pocket, with consultations ranging from $50 to $100. A few in Ontario, including CloudMD and Tia Health, are covered by OHIP.

“Historically, it’s been very doctor-centric,” says Essam Hamza, CEO of CloudMD, a virtual health-care company. “Patients had to find a family doctor, make an appointment, then wait a week or two to see that doctor, cross town and sit in the waiting room for over an hour. And that might be a five-minute appointment for a prescription refill. This system costs a lot of money from the doctor’s side, the patient’s side and the government’s side. In the next year or two, it will make up closer to 50 per cent of health-care services.”

And whereas before telehealth was more commonly used in rural and Indigenous areas and for mental health services, it’s now gained footing in just about every clinical department – from cardiology to dermatology – in most parts of Canada.

A typical appointment follows the structure of an in-person appointment: you can schedule it online, often in the same day. Via Livecare, CloudMD’s service, you receive a notification once a doctor is available, and you receive a patient chart for continuous care. A discussion and treatment plan follow. Follow-ups and referrals can be made, x-rays and blood tests can be assigned and medications can be delivered.

With patients only going into a clinic when necessary, the process becomes more efficient offline as well, and health risks are also reduced for doctors, who can go in for urgent cases only.

“Telehealth is more important now than ever with doctors closing their clinics all over Canada,” says David Del Balso, Tia Health’s CEO. “Provinces across the country have been slowly rolling out virtual care – COVID has accelerated this – and many plan to continue offering coverage after the pandemic ends.”

Ontario alone has countless virtual health-care services, including Ontario Telemedicine Network (OTN), a non-profit government initiative Women’s College Hospital, which is on its way to becoming the country’s first virtual hospital and a new program at SickKids, to name a few. With a growing number of private services, the options are varied.

Maple, the country’s largest national telemedicine network, has grown at a massive rate. Previously, it was seeing 1,000 patients a day compared to the 300 patients seen by Brampton Civic Hospital, which houses the busiest emergency room in the country. Since the pandemic, the 24/7 service has quadrupled its numbers, with 4,000 patients a day and wait times as low as 1.5 minutes. In order to meet demand, the company has been adding doctors to the service daily. It’s also provided virtual capabilities to two emergency rooms in Prince Edward Island, a first for Canadian hospitals.

“Nobody is equipped to grow that fast, so we had to do all sorts of crazy things, like upgrading our servers overnight, adding a whole bunch of customer support, adding 150 new doctors to our team pretty much in the course of three days,” says Dr. Brett Belchetz, Maple CEO. “Now, so many patients and doctors no longer see it as this fringe concept.”

Still, telehealth is not a total replacement for in-person treatment, but instances when a patient must be touched are rarer than you might expect.

Seventy per cent of medical conditions can be diagnosed without touching a patient, according to Hamza and Belchetz. The majority of diagnoses are mostly based on personal history, symptoms and what a patient feels or has experienced.

With the infrastructure already built, reaching patients and adding doctors is the easy part.

Many of the doctors behind these networks are hoping to see more sustainable public funding. Different telehealth services are covered in different provinces, often due to legislation that does not allow doctors to provide treatment to patients outside their offices or even their jurisdiction. In fact, many doctors are pushing for national licensure so they are able to provide virtual care to underserved communities across the country.

Many are also hoping for changes around the Personal Health Information Protection Act (PHIPA) that will cover advancements in technology. All health-care tech, including telemedicine resources, must be PHIPA compliant to protect patient privacy. Which means free, readily available video-conferencing apps like Skype or Zoom don’t fall in line with the high security measures required to perform treatments, and is why many private networks have built their own tech.

With regulated, but more expensive options, and limited access to virtual care in certain regions, the gap between those who can afford telehealth and those who can’t will grow. But regardless of if these changes happen in the foreseeable future, virtual care is already altering the health-care landscape daily.

“This is the new normal,” says Hamza. “You’re not going to see your doctor calling you in for a cholesterol check or to talk about your blood sugars or for a prescription refill. You won’t have to lose a day of work sitting in a waiting room next to someone who might be infectious. We’ve seen the shift from brick-and-mortar to digital in other industries before, with Amazon, with Blockbuster to Netflix, with bank tellers to banking apps. Healthcare is the last frontier.”