How Gen Z’s anxiety became the spark for activism

By channelling fear into rebellion, Gen Zers are demanding the futures they've dreamt of 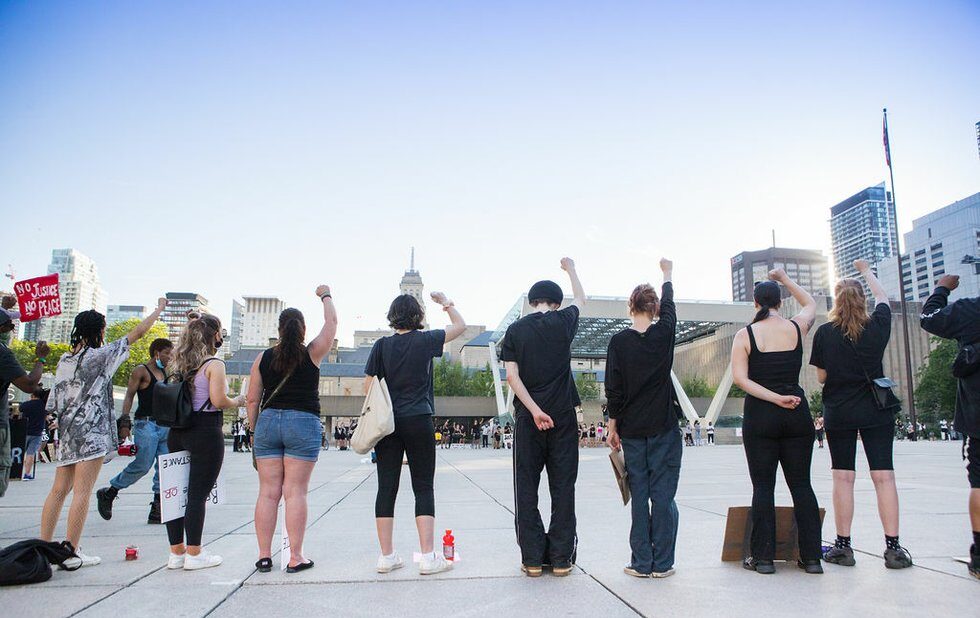 Protestors gather at Nathan Phillips Square at the We Stand march on June 9.

After President Donald Trump’s team repeatedly boasted that over one million tickets had been requested for his Saturday night rally in Tulsa, Oklahoma, only 6,200 people showed up, leaving the majority of the 19,000-seat venue glaringly empty.

As it turned out, K-pop fans (hardcore devotees of Korean pop music) had reserved the majority of tickets, as reported by the New York Times, and then did not use them in hopes of leaving the rally sorely attended.

It’s a testament to the power of teenagers today, who are part of the Generation Z cohort, and grew up on social media. Now, they’re harnessing that tool to mass effect. K-pop fans devised their plan and spread the message via TikTok, the video-sharing app largely comprised of teens. Likewise, Gen Zers around the world have used Twitter, Instagram, Facebook – you name it – to help propel the Black Lives Matter movement into a worldwide one. Protests have continued a month after the death of George Floyd, an unarmed Black man who died at the hands of a Minnesota police officer.

They’ve infiltrated not only social media, where they raise awareness of systemic anti-Black racism and encourage each other to donate to Black community organizations, but have helped ignite conversations on defunding police, an issue that seemed to have fallen off political agendas. And according to a Business Insider poll that surveyed over 38,000 American Gen Zers, 77 per cent have attended a protest in the past month.

It’s all partly due to another worldwide crisis: the coronavirus pandemic, the first significant historical event many Gen Zers have experienced. It’s kept them inside, out of school, out of work, away from their peers and with nowhere to turn but social media.

“We are witnessing a perfect storm,” says Megan Boler, a social justice education professor at the Ontario Institute of Studies in Education (OISE). “The pandemic has pushed us headlong into the media-tized future – a future we already inhabited, but the demand for physical distance forced each generation to turn even more to media-tized connectivity.

“With so many – especially of the privileged demographic of ‘digital citizens’ – plugged in to their screens by virtue of the pandemic, the live capture of Floyd’s murder was witnessed around the world,” Boler adds. “The ubiquity of our communication technologies allows these captured murders and injustices to circulate around the globe in seconds. While many may still be shielded from the streets of actual protests, even those usually unsympathetic and detached now bear witness.”

It’s what motivated Ryerson University students Rosemary Akpan, Breanna Xavier-Carter, Tiffany Mongu and Sara Jabakhanji to create a petition pushing the journalism school to launch a course on how to report stories affecting Black Canadians while dismantling stereotypical narratives. In a single week, after sharing the petition across their social networks, the women amassed thousands of signatures and Ryerson announced plans to add such a course to their fall curriculum.

“We were motivated by the current movement,” says Akpan, who adds that, thanks to social media, “we have a front-row seat to everything going on right now and everything we’re seeing is uncensored. It’s easy to become desensitized by all the horrors of the world, but the best thing about my generation is that we’re refusing to let things fly under the radar, we are deciding to hold everyone accountable and are pushing for change. There have always been people who are vocal about the various injustices of the world, but we have a new way of getting our voices heard by the masses.”

For a cohort that has been defined by its propensity for anxiety, stress and depression, it’s a seemingly surprising turn. However, while much of that anxiety is due to entering a competitive job market and a future of general uncertainty, it’s also due to the news itself. 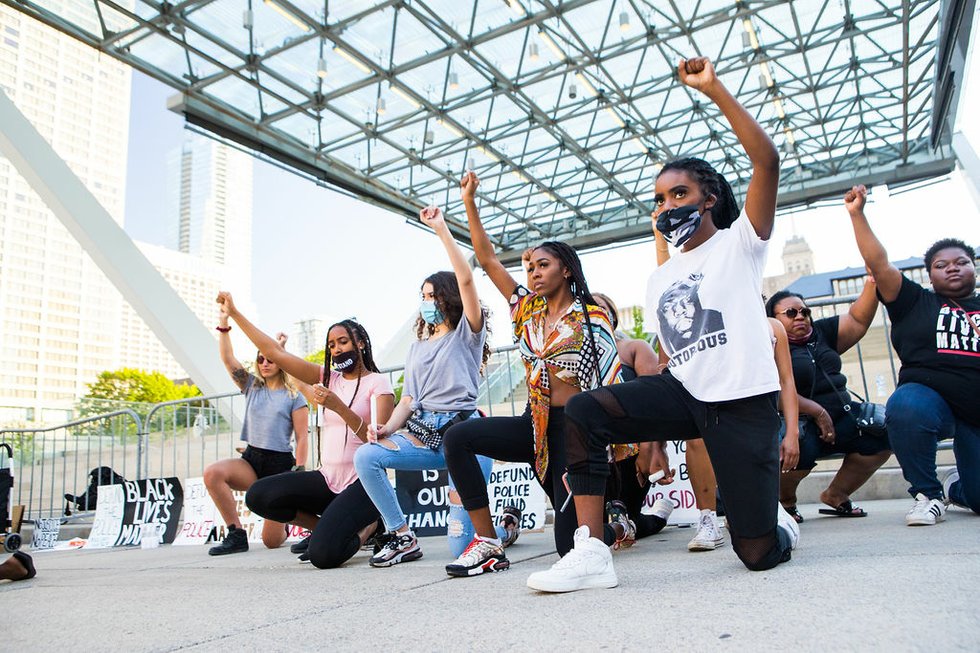 According to a 2019 survey by the American Psychological Association, 75 per cent of Gen Zers said that mass shootings were a significant source of stress. They also reported being more stressed than adults about other issues in the news, including immigration and sexual assault. Canadian teens have felt just as impacted, and the pandemic has certainly exacerbated those stressors, having been classified as a traumatic event.

More than Millennials before them, however, Gen Zers are aware of their mental health, and are actively seeking out treatment and therapy. Still, it’s Black youth who are feeling the impact today more than any other demographic, having grown up well aware of systemic racism and unable to simply turn off their Instagram in order to tune it out.

“I don’t have the luxury or privilege to mute everything as a Black woman in this country, even when I’ve tried,” says Akpan. “I used to avoid speaking up about certain issues because oftentimes people will label you as the spokesperson of a whole community. I personally can’t speak to everyone’s story and experience but my own. My only hope is that someone can feel seen or heard through what I’ve said.”

“Teenagers are seizing the moment and are more conscientious than ever,” says George Dei, also a social justice professor at OISE. “This is a generation that has grown up aware of the injustices in our communities and the importance of connection. Their futures are being contested and they are no longer prepared to let others dictate them. Now what we have to make sure of is concrete action, so they don’t go in the streets in the face of the pandemic in vain. That would be the greatest betrayal we can give them.”

By “we,” Dei refers to the generations before, including Millennials, Gen X and even the grandparents of Gen Zers, who lived through the civil rights movement – all of whom have left society in its current disrepair.

“If they see that there’s change, whether that’s defunding the police, changing a school curriculum or that the white ally can be trusted, then they’ll feel encouraged and hopeful,” he adds. “Black lives have been at the forefront, but it cannot only be us. Otherwise, this will be a demoralizing period and lead to an angry, passive generation instead.”

To channel their anxieties and fears into activism is a rebellion itself for Gen Zers, who are taking their lead from the past, actively rebuilding their identities and demanding the futures they’ve dreamt of, which suggests there is hope, so long as the rest of us can provide support. That shouldn’t be difficult, as Gen Zers are already doing the work.

“Digital devices have enabled Gen Z to demand that the world witness the inarguable lawlessness of white supremacy enforced through police brutality, and perhaps their economic precarity creates even further empathy,” says Boler. “They are poised in our brave new world to document and distribute a visual record of white supremacy, a record that is hard to argue with and the veracity of which is almost impossible to dismiss.”