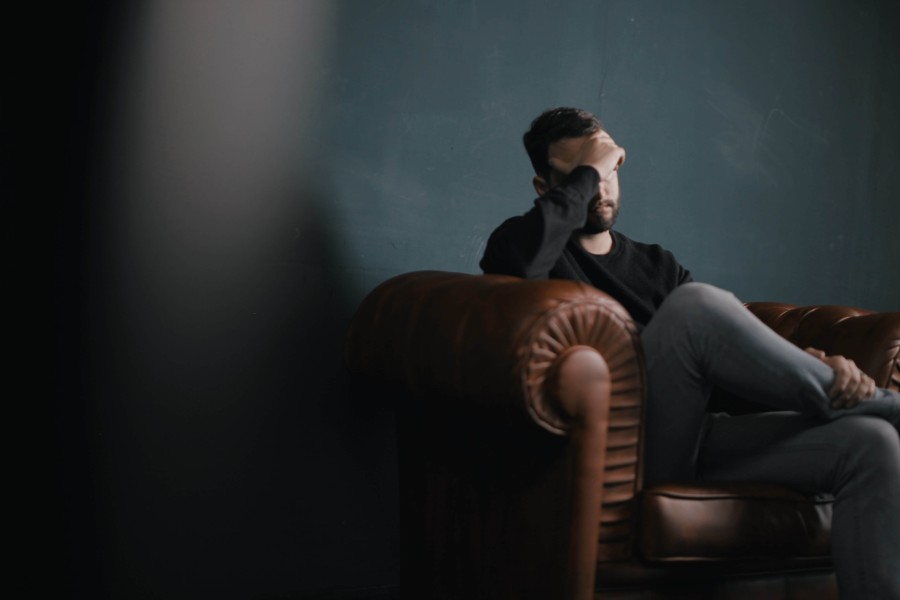 One day during the fall of 2020, Bay Gerlings arrived home from a long shift at a Starbucks in Waterloo and felt like she really needed to cry.

“In the past, maybe I’d go in my room,” she says. “Or maybe I would call a friend or call my significant other and have a good chat about it.”

At the time, the Laurier University student had limited her contact to her three roommates as per public health advice around COVID-19, and the group had become each other’s de facto mental health support. So, she walked into the living room and told one of them: “I need a good cry right now.”

They put on the last 30 minutes of Marley & Me and Gerlings just cried until she felt calmer.

“It was nice remembering that we were all comfortable with letting out those emotions, and we all knew that we all kind of need some of that sometimes,” she says.

COVID-19 has resulted in unique living situations, causing many to rely on different people – and fewer people – for mental health support.

In Canada, the pandemic has worsened mental health, with 40 per cent of Canadians reporting that their mental health has deteriorated since March, according to a December study by the Canadian Mental Health Association and University of British Columbia.

The impact has been even more pronounced for vulnerable groups, including Indigenous people, women, queer people and those with pre-existing mental health issues.

That decline comes at a time when everyone has to once again limit contact to just the people in their household – perhaps a single partner, family members or roommates.

Under normal circumstances, everyone – especially those with pre-existing mental health issues – is encouraged to rely on a wide range of people in their lives for many different kinds of support. During the pandemic, options are limited.

For some, COVID-19 restrictions have meant losing their usual support system altogether, forcing them to either turn to alternative methods of support or to face the sometimes new challenges that come with isolation by themselves.

Others have had support systems replaced by quarantine partners – roommates or friends. While new or different support systems aren’t necessarily a negative, navigating difficult and sometimes serious conversations with new people can pose a challenge for those struggling with shifting mental health needs.

Bronwyn Singleton, a therapist based in Toronto, says that the pandemic has raised new codependency issues for many who have been living and spending time with the same one or two people.

“Everybody is very aware that their friends, their family or their parents might already be under pressure,” she says. “I’ve heard people saying that they’re doubling down and holding it all inside or just leaning on one person because they don’t want to burden the other people in their lives.”

While Singleton understands this impulse, she says that when she works with couples she always encourages interdependency.

“We certainly want the bond to exist,” she explains. “But we don’t want people to be codependent, where they feel their existences are so intertwined that they lose a sense of who they are if their partner isn’t there.”

She recommends that those who feel they’re leaning in the direction of codependency, or relying on just one person for support during this time, should reach out to a professional who has the capacity to focus on just that individual’s needs.

But for some, the pandemic has further limited their ability to access professional help. Chana Mendoza, a Ryerson University student, had been considering finding professional support in the months leading up to the pandemic, and planned to wait for the semester to be over. But when COVID-19 hit, she faced additional barriers to getting help.

“When I wanted to talk to my family doctor, he only accepted in-person clinical appointments,” she says. “And I didn’t want to discuss this with my family, so I just had to put it off.”

Mendoza says that even before the pandemic, she and her partner acted as primary mental health supports for each other because there were sometimes things she didn’t feel comfortable sharing with friends or family.

But the pandemic has made even that difficult for them because she lives with her parents and didn’t want to put them at risk by seeing him.

“I used to find myself being with him a lot, like on a weekly basis. He’s always been my support,” she says. “Now we feel kind of cut off.”

People fear they are “overloading” others

Gerlings faced the opposite situation in Waterloo. In the past, her roommates didn’t necessarily act as her support system, but being away from her parents long-term and being around each other most of the day meant they began opening up more.

“There were moments where we could all relate with each other and help each other through those feelings,” she says. “But on another note, a lot of those factors were things that are out of your control as a friend. As much as you’re there for someone as a support, there were a lot of external factors that are really affecting people’s mental health.”

Singleton says that as much as someone wants to be there for their friend or significant other, they should still always be making time for themselves.

“Make sure that you are taking good care of and attending to yourself. And know that it’s not your fault, and that you can’t fix it, because most of us want to fix it,” she says.

Gerlings says this was something she and her roommates struggled with after awhile.

“It was a constant worry for all of us that we were overloading each other, because there’s only so many times that you can kind of look up at the ceiling and be like, ‘I hate this pandemic, and I hate lockdown,'” she says.

She found it got harder to have frank discussions about how she was feeling with her roommates because she wanted to keep the mood up.

“It was always important to try and find a balance for me between ‘When do I need to get it out?’ and then ‘When do I just need to do something to get my mind off of it?'”

Mendoza says that COVID-19 has reminded her not to put off what she’s feeling about her mental health and the support she needs.

“It has definitely pushed me to the limit. I keep reassuring myself that it’s COVID-19, everybody is feeling this way and I’m not the only one,” she says. “But I also have to remind myself not to dismiss what I’m feeling, too.”